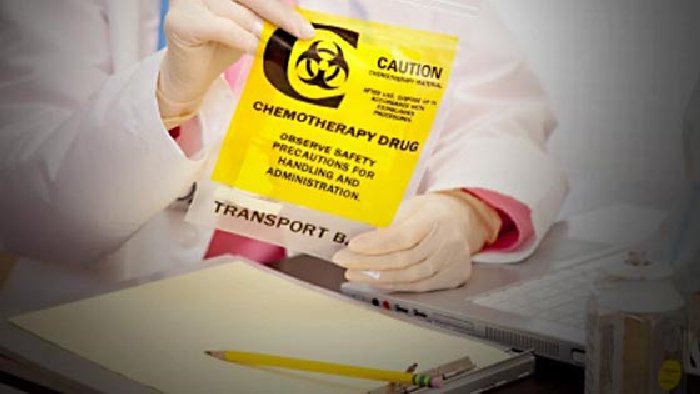 The cancer treatment scam that is chemotherapy has once again been shown in the scientific literature to be a major cause of, rather than a cure for, cancer. According to a new study recently published in the peer-reviewed journal Nature, chemotherapy not only promotes the growth and spread of cancer cells by damaging the healthy tissue that surrounds tumors, but it also causes cancer cells to develop full-on resistance to the popular treatment, morphing them into “super” cancer cells.

Researchers from the Fred Hutchison Cancer Research Center in Seattle, Washington, learned this after observing the effects of chemotherapy on healthy cell tissue. What they found is something that we here at NaturalNews have been saying for years, but that the medical system as a whole is only just now waking up to — chemotherapy, which is a recognized poison, damages the DNA of healthy, non-cancerous cells, causing them to produce molecules that in turn produce more cancer cells.

It does not take a rocket scientist to make this deduction, of course, as simple common sense dictates that blasting healthy cells along with unhealthy cells is going to cause damage to all of the cells. But this is apparently big news up in the Northwest, where scientists are apparently baffled as to how this can be. And we are not talking about minor damage here — according to the figures, major damage to healthy cells occurs as a result of routine chemotherapy treatments.

“The researchers found that chemotherapy can cause fibroblasts (cell DNA) to increase production of a molecule called WNT16B by 30-fold in tissues surrounding a tumor,” explains the group Cancer Research U.K. in a recent report on the study. “This then helps cancer cells to grow, invade neighboring cells and resist chemotherapy,” it adds.

‘Super’ cancer cells caused by chemotherapy more deadly than ever
As if this is not bad enough, the same team found that another major side effect of chemotherapy is cancer cells grow more virulent than they were before the treatment. Like “superbugs” and “superweeds,” which we now know developed resistance in response to conventional drug therapies and chemical sprayings, respectively, these “super” cancer cells no longer respond even to the most aggressive forms of chemotherapy, which means cancer itself is becoming more deadly.

“These results delineate a mechanism by which genotoxic therapies given in a cyclical manner can enhance subsequent treatment resistance through cell nonautonomous effects that are contributed by the tumor microenvironment,” explains the study abstract.

You can read the fully study abstract here.

Not surprisingly, at least one doctor heavily vested in the cancer industry has already come out to call not for an end to chemotherapy but rather for the development of new treatments that might alter the body’s natural resistance mechanisms to better accommodate the toxic effects of chemotherapy. This is how the conventional medical system operates, of course — simply add new drugs into the mix to cover up the side effects of other drugs, and lather, rinse, repeat.

“Most cancer patients in this country die of chemotherapy,” explains Dr. Allen Levin, M.D., from the University of California, San Francisco, in his book, The Healing of Cancer. “Chemotherapy does not eliminate breast, colon, or lung cancers. This fact has been documented for over a decade, yet doctors still use chemotherapy for these tumors.”

If you or a loved one suffers from cancer, there are alternatives to chemotherapy and radiation. The Gerson Therapy; Dr. Stanislaw Burzynski’s antineoplastons; cannabis oil containing high levels of healing cannabinoids; and freshly-juiced marijuana leaves are all viable cancer treatment protocols that have healed many people. You can learn more about each of these methods at the following links: