3 Of The Best Health Supplements For Chemtrail Protection 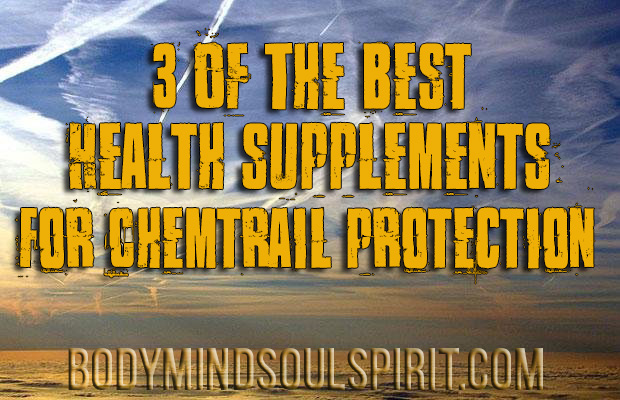 A couple weeks ago I was listening to an audio recording from a website called Oraclereport.com, which was discussing a combination of things including astrology, geopolitics and weather modification. During the weather modification segment, it was said that chemtrail warfare might begin to escalate as the cabal/NWO is being defeated and is seeking to fully enact their agenda in complete desperation.  (As a side note, if you are interested in astrology, geopolitical affairs or the combination of the two, I highly recommend reading into the work of Laura Walker at Oraclereport.com)

The timing of this is significant because according to Google Trends, the keyword search for “chemtrails” was at it’s highest ever in Google’s history in April of 2016. 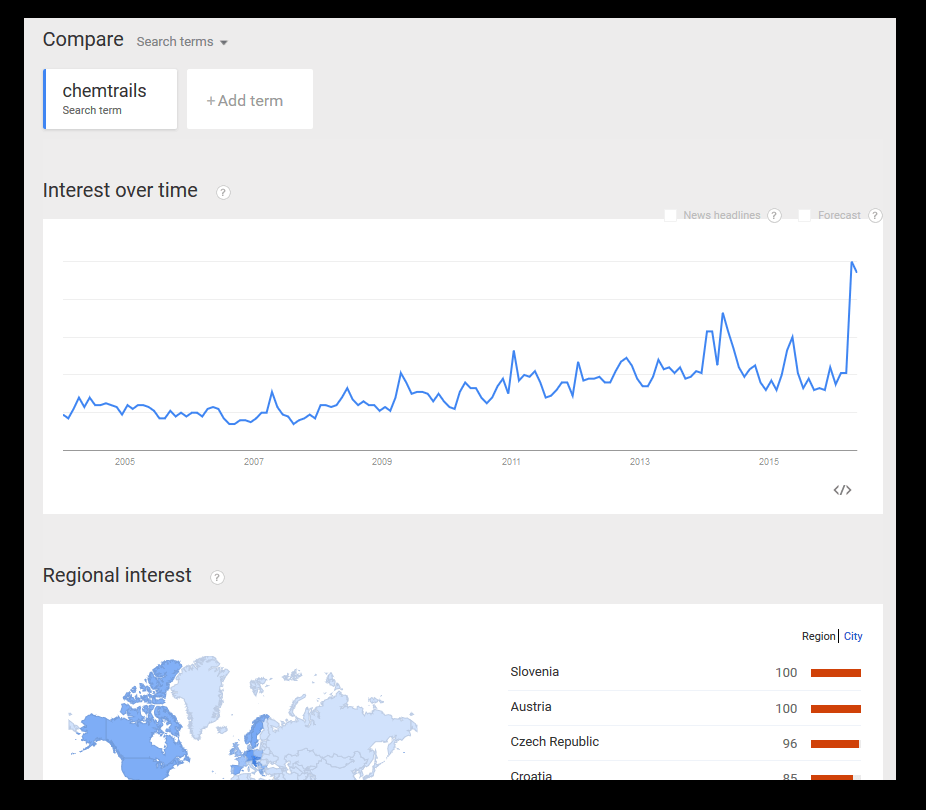 “Chemtrails” trending at its highest ever in April 2016.

The link to this picture can be seen here.

Contributing to this was musician Prince’s youtube video where he discussed chemtrails, Chuck Norris (no this ins’t a Chuck Norris joke) writing an article exposing chemtrails and Vin Diesel also exposing the darkness of chemtrails on his facebook page.

As I was listening, I began to think about ways in which people can help protect themselves against the harmful effects chemtrails can create. At the moment, there are a few health supplements I am using that I will explain a little bit more about below.

Fulvic acids are created by soil-based microorganisms that are extremely healthy for plants and animals alike. Fulvic acid is the most potent anti-oxidant known as it has 14 tetra trillion (that is 14 with twenty-one zeros behind it) electrons to donate and accept. (The fact that it can both donate and accept electrons is unique to fulvic acid alone) 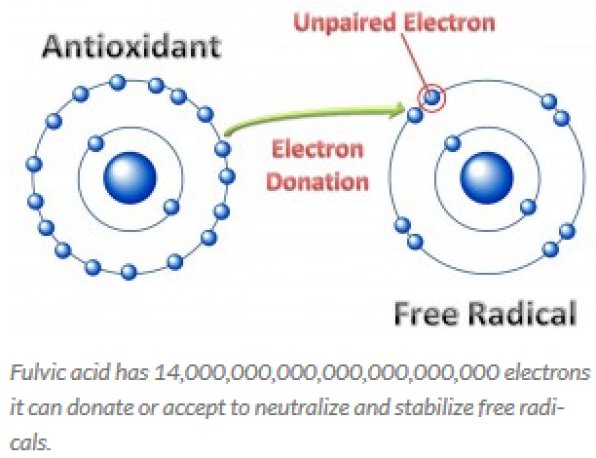 It is also one of the richest sources of electrolytes known, which helps to maintain electrochemical balance, pH balance and maintain electrical conductivity within the body.

Fulvic acid also helps to catalyze enzymatic activity, transport vitamins and minerals into the cell,  stimulate the breakdown and safe elimination of herbicides and pesticides, increases the absorption rate of nutrients in the cell, enhances healthy cell division, increases the DNA contents within cells and increases the synthesis rate of RNA in cells.

Additionally important in relation to chemtrails is how fulvic acid deals with radioactive elements and harmful metals. First, with heavy metals, fulvic acid transforms them into ionic form which means they become bio-available and absorbable forms of the metallic minerals. Thus, it is said fulvic acid is “nature’s way of chelating metallic minerals” and making them usable by the body. Quite an impressive feat.

According to Supreme Fulvic, “radioactive substances react rapidly with fulvic acid, and only a brief time is required for equilibrium to be reached.”

However, not all fulvic acid health supplements are created equally. Optimally Organic says that those coming from dried rock bed mineral deposits (like many products coming from New Mexico and Utah) are much too high in carbon, making them ineffective.

Also according to Optimally Organic, their fulvic acid is best though as it is water-extracted and comes from lush vegetation.

Nascent iodine is iodine in atomic form, where regular iodine is in molecular form. According to Harmonic Innerprizes, this atomic form of iodine is what is produced by the thyroid gland and is absorbed easily by the body. This then helps to normalize the production of the T3 and T4 hormones and helps to balance metabolism within the body. Additionally, nascent iodine dramatically helps with the detoxification processes of the body as well.

Nascent iodine is particular effective in supplying our body with the iodine it needs. In a person who has sufficient iodine, radioactive iodine cannot bind into our body and will be flushed out safely. However, it again is important to ensure the body is receiving enough absorbable iodine.

Furthermore, a chemical known as ethylene dibromide, which is commonly found in chemtrail sprays (also found in Mountain Dew and Gatorade, among others) acts to remove iodine from the body. So again, it is important to ensure enough usable iodine is within a person’s body.

In addition to fulvic acid and nascent iodine, there are certainly other supplements a person can look into using, such as medicinal mushrooms, chlorella and spirulina. Looking into cilantro (a great heavy metal and generally great detoxifier) and other organic greens like parsley, spinach and arugula might also be helpful as these greens help to keep our blood clean and our bodies healthy.

I personally also believe consuming even more organic fruits and veggies (as well as the herbs and greens listed above) can also help dramatically. It is an unhealthy body whose most effect the chemtrails will create. In a healthy, vibrant and clean body, the chemtrails may have little effect. Use organic foods as medicine.

We must also remember with the usage of supplements and a clean diet to get plenty of sunshine.

This is perhaps the biggest reason chemtrails and geoengineering is taking place: to block out the Sun. I believe strongly that the Sun is constantly sending us all codes of divine light/information that is seeking to upgrade our DNA and that the information that is being sent is continuing to evolve just as we on this planet evolve. There is a divine plan unfolding and the darkness on this planet knows it.

They do not have the power to stop it, but only to stall it. Blocking out the codes of light from the Sun is a way for them to stall what is taking place. However, it will not be successful and a beautiful new, peaceful and cooperative paradigm is emerging. If indeed the chemtrail spraying is escalating, it is a good sign that the final purge of darkness is very close. In trust, confidence and faith, let us remember the words from our wise Hopi Indian elders:

bodymindsoulspirit
share
Previous post Abdominal Pain: Map That Shows What Could Be The Cause Of Your Pain Next post Could a Miracle Medicine Be Right Under Our Feet?