Companies Forced To Drop Their “All Natural” Claims

Companies Forced To Drop Their “All Natural” Claimsbodymindsoulspirit | June 29, 2014 | 0 Comments Spread the love 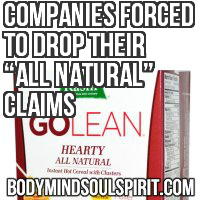 by The Alternative Daily

Consumers loyal to their brands have been waking up to harsh realities lately as more and more manufacturers are being forced to come clean about what’s really lurking in their products.

Just recently a favorite among many health food enthusiasts, Kashi, was forced to drop the terms “all natural” and “nothing artificial” from the packaging of several of their products as part a $5 million lawsuit.

Originally filed in 2011, the lawsuit focuses specifically on pyridoxine hydrochloride, calcium pantothenate and soy oil that has been processed with the gasoline component hexane, all ingredients found in products touting to be “all natural” with “nothing artificial” added. The company defends its use of the ingredients noting that some of these are found in nature.

And while an admirable attempt at justifying their presence as a supposed “health food,” Kashi’s ingredients don’t originate from natural ingredients, like wheat germ and flax seed (both natural sources of pyridoxine hydrochloride), but from synthetic chemicals produced in a lab.

The once highly esteemed Kashi brand has been facing its fair share of problems recently. The company was originally founded in California by a health-conscious couple. Looking to capitalize on the growing organic trend, Kellogg purchased Kashi in 2000 and enjoyed years of high profits during the organic boom.

However, consumers lost faith when it was revealed that Kellogg was one of the major players in an effort to defeat Proposition 37, a bill that would require the labeling of genetically modified ingredients in all products. 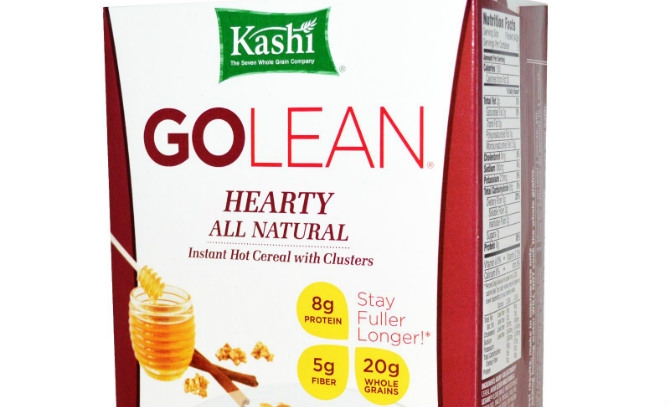 While sales dropped significantly, the company still had a strong market hold in the organic sector. Yet loyal customers feeling betrayed by their trusted Kashi brand products and the use of synthetic ingredients soon filed a lawsuit.

Kashi is not the only brand forced to own up to its health-conscious claims. Marie Callender Pie Shop is the latest company to feel the effects of angry consumers who want “all natural” to really mean all natural. A lawsuit was recently filed against the pie giant as synthetic ingredients were found lurking in their pie crusts.

Similarly, major corporations like PepsiCo and General Mills have been forced to undergo a label change as well to remove the erroneous claims of “all natural” from products that were clearly not.

The drive toward truthful and accurate labeling doesn’t end in the grocery store either. Recently the Vibram FiveFinger minimalist running shoe was forced to refund consumers who believed they were purchasing a product that would help them run with a more “natural” form.

And even the pet food industry is under fire as natural dog food giant, Blue Buffalo, sold products found to contain animal byproducts, corn and grain in products that were touted to be completely “natural” and free of “corn, wheat and soy”.

food labelsWhile the “natural” claim still lacks regulation, the FDA notes that only products without added artificial colors, flavors or synthetic ingredients have a right to use the term on their labeling.

As consumers become more aware and demand more clarification as to what they are actually eating, be prepared to see more of these label changes popping up. Your best bet to avoid falling victim to false advertising is to select only organic products and read labels carefully.

BMSS Addendum: Beware of any major food company, such as Pepsi, Coca-Cola, General Mills, Kellogg etc.., who also carry “natural” products.  Their main concern is more aligned with eugenics (depopulation) than it is your health.

PepsiCo., the biggest food company contributor (at a cool $2.5 million) to the defeat of California’s prop 37 right to know genetically modified food labeling law just got done losing a $9 million dollar lawsuit over the fact that the packaging on its Naked Juice product is completely misleading in nearly every way.

While it’s true that the juice does contain some fruits and vegetables, it is apparently anything but 100% fruit and/or vegetable juice or even remotely “all natural” considering it contains 11 chemical additives including a typically GMO soy-based indigestible fiber, an artificial sweetener, and even calcium pantothenate synthetically produced from formaldehyde.