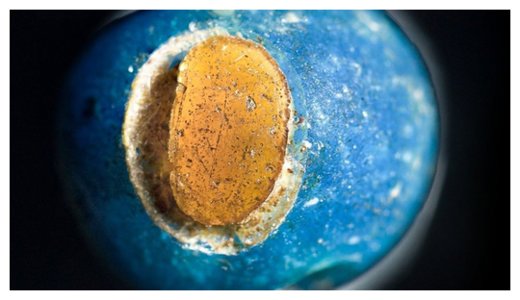 © Roberto Fortuna and Kira Ursem
Detail of a bead found at the Danish tomb.

The beads were found in the Nordic burial sites by a team of Danish and French archaeologists, the publication explained, and nearly two-dozen of them were blue, which was said to be a rare color during the Bronze Age. Their discovery indicates that trade routes between the Levant and northern Europe may have been established as early as the 13th century BCE.

Jeanette Varberg, an archaeologist and curator at the Moesgaard Museum who was involved in the research, told Haaretz that blue glass was “the next best thing” to Lapis lazuli, a blue-colored semi-precious gemstone that would have been the most valuable bauble of its kind in the Nordic Late Bronze age. “In the north it must have been almost magic,” she added.

One of the beads was found buried along with a Bronze Age woman at a gravesite in the town of Olby in Denmark, the researchers said, while another was discovered in a necklace together with four pieces of amber at the burial location of a second woman. Twenty-three beads were found in all, and were analyzed using a non-destructive technique known as plasma-spectrometry. 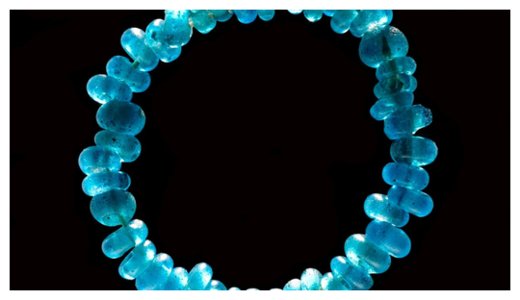 © Roberto Fortuna and Kira Ursem
Detail of a string of beads.

That analysis revealed that the beads buried with the women were created at a workshop located in Amarna, the capital city newly established and built by the Pharaoh Akhenaten during the late 18th Dynasty and abandoned following his death in 1332 BCE. Glass from this same workshop was used in Tutankhamun’s deathmask during his funeral in 1323 BCE, noted Haaretz.

While glass beads were viewed primarily as a luxury among the ancient Egyptians, are were not frequently used outside of the graves of the elite, Varberg and colleague Dr. Kaul Flemming, the curator of prehistory at the National Museum of Denmark, believe that Egypt likely traded beads to Denmark in exchange for amber, which was abundant in that country and frequently traded. 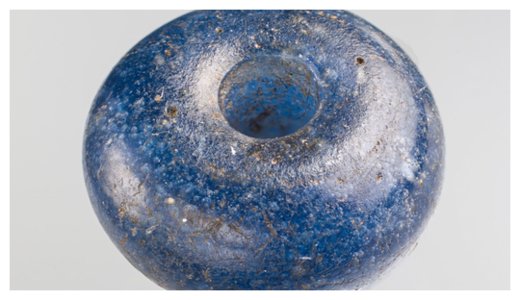 © Roberto Fortuna and Kira Ursem
Detail of a glass bead.

Previously, Nordic amber has been discovered in Greece and Syria, and the newfound beads are evidence that trade between the north and south had been established as early as 3,000 years ago, the newspaper said. The beads would have been shipped along the same routes at the amber was, the researchers said, traveling from Egypt and Mesopotamia to the northern nations.

Such trade continued until about 1200 BCE, Flemming said, when it appears “to have collapsed” likely due to conflict and the rise of the seafaring raiders known as the Sea Peoples. The collapse “can also be observed in the Nordic burials,” he said, as “fewer glass beads seem to have reached the north” while new bead-making workshops began to appear in Italy around this time.