10 Medicinal Weeds That May Grow In Your Backyard

For thousands of years, man has looked to nature to cure disease. In the last decade particularly, medicinal plants have been catapulted into mainstream culture, with the popularity of plant medicines such as ayahuasca, ibogaine and cannabis making headlines for their powerful healing abilities against some of today’s most prominent illnesses. However, these plant medicines come with illicit conditions in most countries.

The good news is, some of the most common weeds in our backyard yield amazing healing abilities, and they are all legal! Here are ten weeds which possess interesting medicinal properties. (Note: Consult with your health professional before self-medicating with these plants) 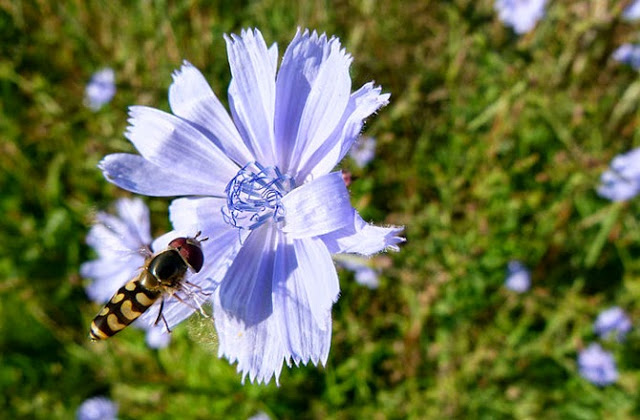 Chicory (Cichorium intybus), the light blue flower frequently seen along roads, provides the main commercial source of the compound inulin. Patients take inulin to fight high blood fats, including cholesterol and triglycerides, according to WebMD. Research published in Diabetes & Metabolism Journal suggests that inulin intake benefits women with type-2 diabetes by reducing the rate of blood sugar increase after eating. Inulin promotes the growth of certain bacteria in the intestines. While some believe this can help digestion, others suffer serious flatulence when the inulin-fed bacteria build up. Some people add the dried and roasted root to coffee. Chickory coffee is especially popular in New Orleans. 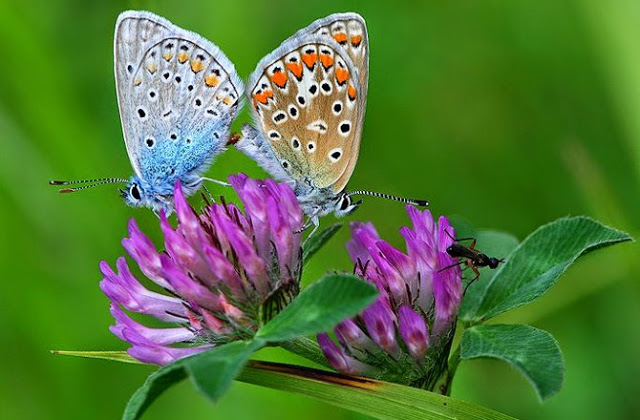 Red Clover (Trifolium pretense) contains chemicals known as isoflavones. These chemicals can act like the female hormone estrogen in the body. Doctors have examined the clover chemicals as a treatment for hot flashes and other symptoms of menopause. However, doctors warn that women with a history or risk of breast cancer should avoid isoflavones, since estrogen-like chemicals have been associated with the increased incidence of some cancers. 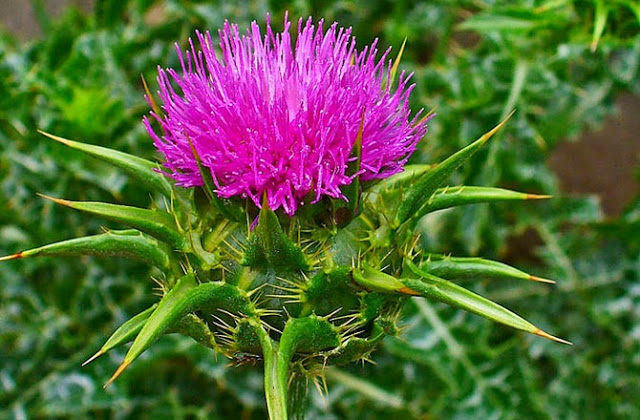 Milk Thistle (Silybum marianum) has a 2,000 year history as a liver medicine. Modern research has looked at thistle extracts as a treatment for alcohol-induced liver damage. Substances in milk thistle, particularly the chemical silymarin, may protect the liver from damage after a person takes an overdose of other medications, including acetaminophen (Tylenol). Milk thistle may also be an antidote to poison from the deathcap mushroom (Amanita phalloides). Animal studies found that milk thistle completely counteracted the poison if given within 10 minutes of poisoning, according to the University of Maryland Medical Center. 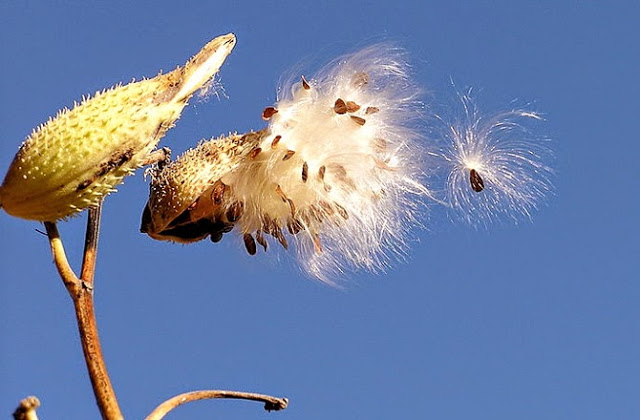 Milkweed – Native Americans used the milkweed (Asclepias sp.) as a contraceptive, according to the U.S. Department of Agriculture. The milky white sap that gives the plant its name, served to remove warts. However, milkweeds also contain chemicals known as cardiac glycosides. These chemicals can cause severe illness in humans and livestock. Monarch butterfly caterpillars eat milkweed and build up high concentrations of glycosides, which makes the insects nasty tasting to predators. 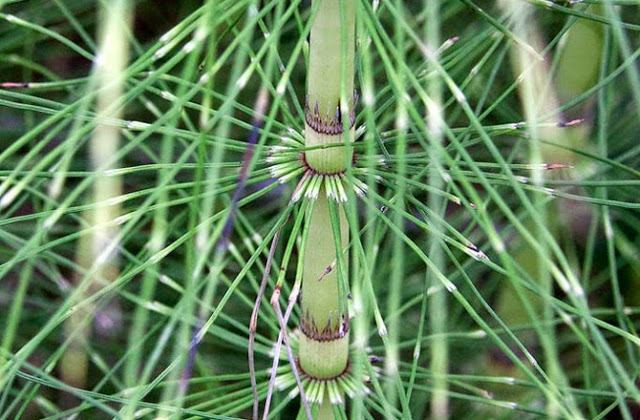 Horsetail – Ancient Greeks and Romans used horsetail (Equisetum arvense) to stop bleeding, heal ulcers and wounds, and treat tuberculosis and kidney problems. It’s also been known to help in weight loss. The tea has a mildly bitter flavor, similar to chamomile. Research published in Ethnopharmacolgy found that horsetail tea increases urination, suggesting that the plant is a diuretic. However, doctors recommend taking a multivitamin when drinking significant amounts of horesetail tea, because it can flush nutrients, such as vitamin B1, thiamin and potassium, out of one’s system as well. 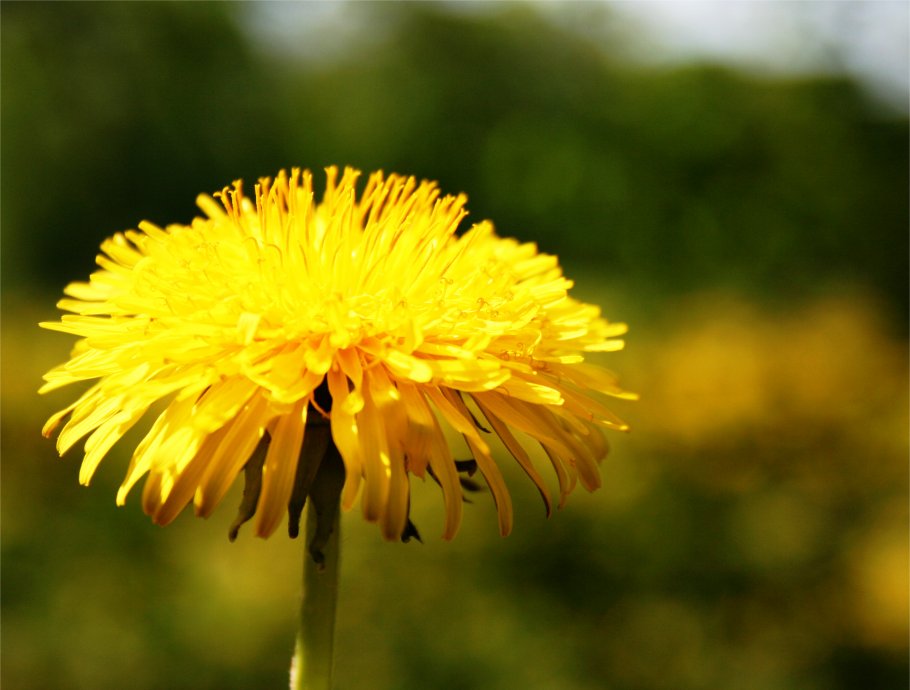 Dandelion – In the past, Europeans used remedies made from dandelion (Taraxacum sp.) roots, leaves and flowers to treat fever, boils, eye problems, diabetes and diarrhea, according to the University of Maryland Medical Center. Practitioners of traditional Chinese medicine take dandelions for stomach ailments and breast problems, such as inflammation or lack of milk flow. Dandelions have a bitter taste and contain vitamins A, B, C and D, along with iron, potassium and zinc. 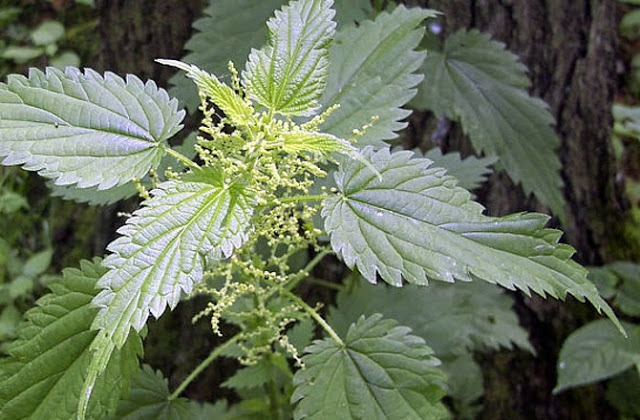 Stinging Nettle (Urtica dioica) can put the hurt on a hiker in shorts, but historically the plant has served to treat aching muscles and joints, eczema, arthritis and gout. People still use the plant to treat joint pain, and some studies have suggested that the plant can treat arthritis. Another study found that capsules of dried stinging nettle may reduce the symptoms of hay fever. Europeans frequently use stinging nettle root to treat bladder problems. Boiled nettle makes a side dish similar to collared greens. For those who brush alongside stinging nettle, a remedy to the sting is often found growing nearby. Applying crushed up dandelion, horsetail, Aloe vera, jewelweed or the leaf of a dock or lock plant can counter the acid in the sting. 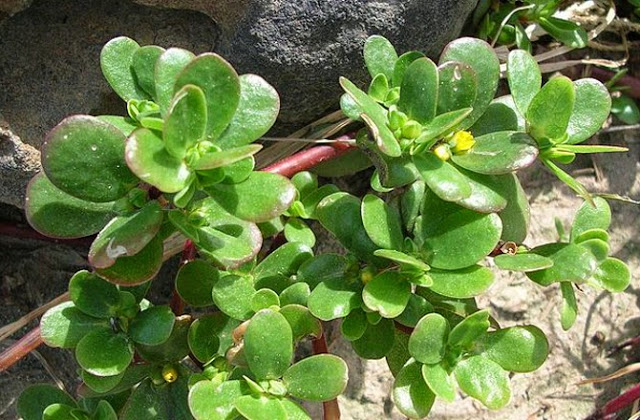 Purslane – Like many of the medicinal weeds in this list, purslane (Portulaca oleracea) also makes a healthy snack. The plant contains a high content of omega-3 fatty acids. I ate some that grew in my yard and found it was somewhat sour. A little bit was good, but too much would be overpowering in a salad. In traditional Chinese medicine, purslane treats genito-urinary tract infections. Research published in Phytomedicine found that the plant reduced problems with cognition in older mice. 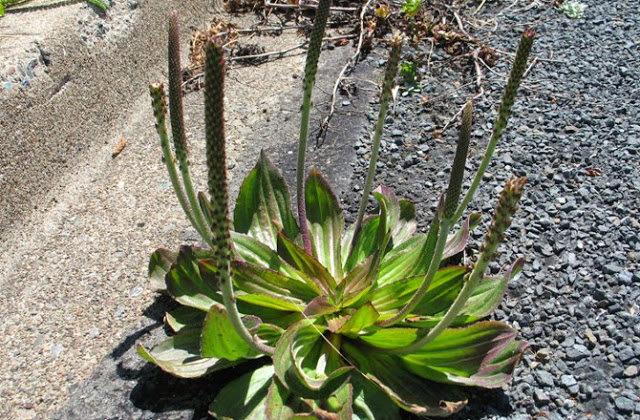 Plantain – Since the age of the ancient Greek doctors have used plantains (Plantago sp., the weed in sidewalk cracks, not the fruit) to speed wound healing. In the training manual Survival, Evasion and Recovery, the U.S. Department of Defense recommends plantain as a poultice on wounds or as a nutrient-rich tea to treat diarrhea. 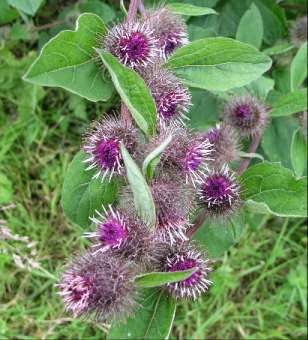 Burdock – Traditionally, healers use burdock (Arctium sp.) to clear toxins from the blood and increase urination, according to the University of Maryland Medical Center. The plant also is used to treat skin ailments, such as eczema, acne and psoriasis. The leaves and roots of burdock are edible and contains inulin, like chicory, so they may aid digestion and/or cause a nasty case of flatulence. Burdock also contains high quantities of antioxidants that can prevent damage to cells.

So there you have it! Try looking in your own backyard to see if any of these wild medicinal weeds are at your disposal!