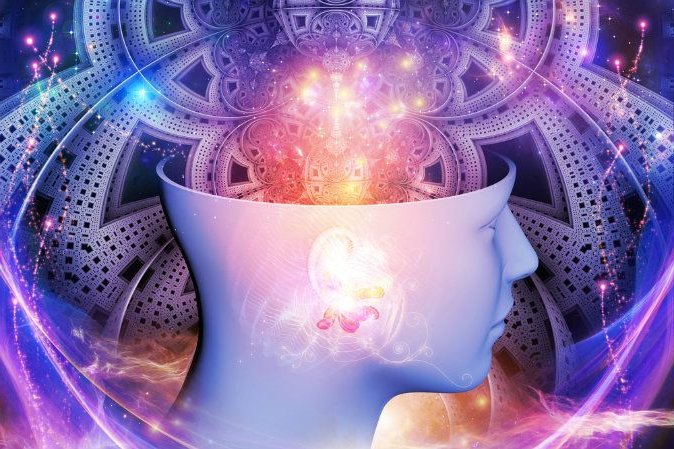 The overview effect is a transcendental, euphoric feeling of universal connection reported by some astronauts during spaceflight, often while viewing the Earth from orbit or from the lunar surface.   From space, the astronauts tell us, national boundaries vanish, the conflicts that divide us become less important and the need to create a planetary society with the united will to protect this “pale blue dot” becomes both obvious and imperative.  Even more so, many of them tell us that from the Overview perspective, all of this seems imminently achievable, if only more people could have the experience!

Could be the best example yet of being “spaced out”? When in space, astronauts have repeatedly reported inexplicable euphoria, a “cosmic connection” or an increased sensitivity to their place in the Universe. The experience sounds like the ultimate high, or the ultimate enlightening; it would appear that without trying, astronauts are able to attain a similar mental state as meditating Buddhist monks.

So what is happening when the human body is in space? Does zero-gravity create new connections in the brain? Or is it a natural human response to the vastness of space and realizing just how small we are in comparison? Whatever the reason, it looks like even when astronauts are back on solid ground, they have changed profoundly…

On March 6th, 1969, Rusty Schweikart experienced a feeling that the whole universe was profoundly connected. At the time, he was on a postponed space walk outside his Apollo 9 Lunar Module, carrying out tests for the forthcoming Moon landings. Already having suffered from space sickness (hence delaying the EVA) he felt a euphoric sensation:

“When you go around the Earth in an hour and a half, you begin to recognize that your identity is with that whole thing. That makes a change… it comes through to you so powerfully that you’re the sensing element for Man.” – Russell “Rusty” Schweikart.

Two years later, Apollo 14 astronaut, Edgar Mitchell (joint record holder with Alan Shepard for longest ever Moon walk of 9 hours and 17 minutes) reported experiencing an “Overview Effect”. He described the sensation as giving him a profound sense of connectedness, with a feeling of bliss and timelessness. He was overwhelmed by the experience. He became profoundly aware that each and every atom in the Universe was connected in some way, and on seeing Earth from space he had an understanding that all the humans, animals and systems were a part of the same thing, a synergistic whole. It was an interconnected euphoria.

Newberg has scanned many brains to try to understand how humans reach this euphoric state on Earth. The religious communities, transcendental mediators and others around the world are able to experience similar states and have been the focus of interest to neuroscientists. In some cases, the meditation leads some people to view the whole cosmos as an interconnected quantum web, where consciousness is not separate, but a part of the Universe. Now Newberg hopes to monitor the brain of one of the first space tourists so a better grasp of the brain function of a human in zero-G can be understood.

Edgar Mitchell has said that his personal event has changed his life, revealing a Universe that had remained hidden until he experienced the Overview Effect on that Apollo 14 mission in 1971. Whether this effect is a physical change in the brain, or a deeper, yet to be discovered event, Newberg hopes to find some answers.

In that instant, I knew for certain that what I was seeing was no accident. That it did not occur randomly and without order. That life did not, by accident, arise from the primordial earthly sea. It was as though my awareness reached out to touch the furthest star and I was aware of being an integral part of the entire universe, for one brief instance. Any questions that my curious mind might have had about our progress, about our destiny, about the nature of the universe, suddenly melted away as I experienced that oneness. I could reach out and touch the furthest parts and experience the vast reaches of the universe. It was clear that those tiny pinpoints of light in such brilliant profusion were a unity. They were linked together as part of the whole as they framed and formed a backdrop for this view of planet Earth. I knew we are not alone in this universe, that Earth was one of millions, perhaps billions, of planets like our own with intelligent life, all playing a role in the great creative plan for the evolution of life.”

Is this the energy that people refer to as “Christ Consciousness” and is this energy heading towards Earth? What if, simultaneously, everyone experienced this at the same moment?

This makes you wonder about the new energies associated with the Age of Aquarius and if this energy is upon us right now. There is an amazing spiritual awakening that’s going on and these energies could be attributed to this effect.