An ancient site which dates back more than 6,000 years hides SECRET messages only visible at night. “During the fieldwork, it became apparent that the rock art was far more extensive than had been thought…” said experts. 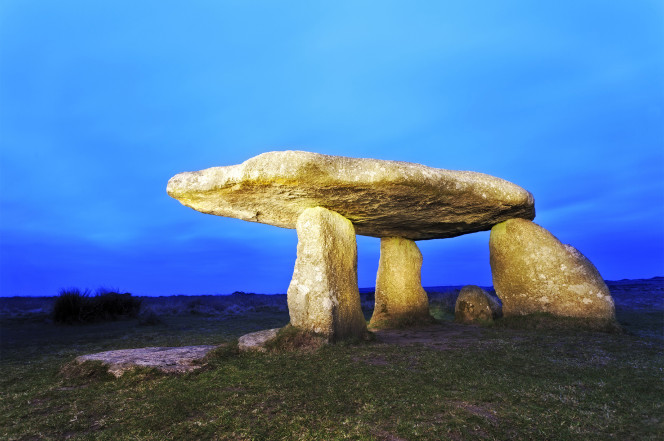 Monuments around the world have proven to be far more mysterious than we’ve ever imagined.

This is the case of an ancient British religious site dating back thousands of years which contain secret messages that are only visible at night.

The discovery suggests that thousands of years ago, someone left behind intricate messages on the rock, specifically designed to be only visible in the darkness.

While researching the ancient archaeological site which lies on Hendraburnick Down, near Davidstow, archaeologists led by Dr. Andy Jones of the Cornwall Archaeological Unit discovered around 105 engravings on an axe-shaped stone called a “quoit”.

“The site appears to have become the focus for the smashing of quartz blocks, as well as for the deposition of mostly fragmented artifacts. Two samples were submitted for radiocarbon dating which produced Late Neolithic and the Early Bronze Age determinations.”

“During the fieldwork, it became apparent that the rock art was far more extensive than had been thought, and that it was most evident when viewed in low sunlight from the southeast or by moonlight. It is suggested that the smashed vein quartz may have been used during night time rituals.”

“Photogrammetric recording revealed the site to be the most decorated stone in southern Britain and suggests that rather than being pre-planned, the art accreted over time,” wrote experts in a study.

Reports suggest that this ancient site was a common center for gathering during the late Neolithic Era—an era considered as the end of the Stone Age, as well as the Bronze Age, some 6,000 years ago.

Archaeologists believe the site was used for rituals, among them a strange one involving the ‘smashing’ of quartz blocks. 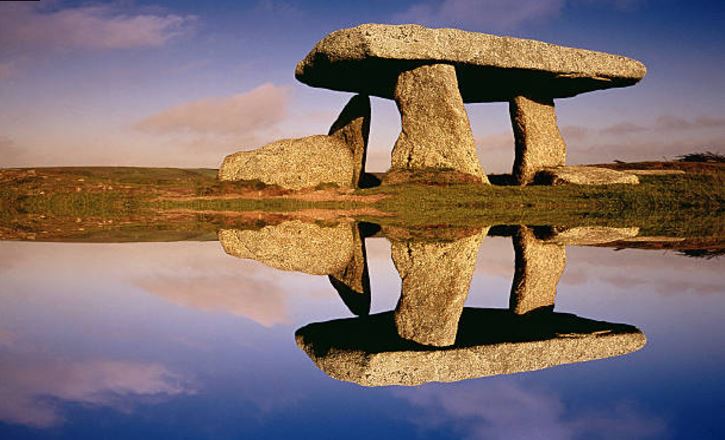 Experts believe other sites in Britain may have messages visible only at night. Image credit: Getty Images.

“I think the new marks show that this site was used at night and it is likely that other megalithic sites were as well.”

“We were aware there were some cup and ring marks on the rocks but we were there on a sunny afternoon and noticed it was casting shadows on others which nobody had seen before. When we went out to some imaging at night, when the camera flashed we suddenly saw more and more art, which suggested that it was meant to be seen at night and in the moonlight.”

“Then when you think about the quartz smashed around, which would have caused flashes and luminescence, suddenly you see that these images would have emerged out of the dark. Stonehenge does have markings, and I think that many more would be found at sites across the country if people were to look at them in different light.”

It is well-known that ancient cultures around the globe associated night and darkness with “the supernatural and the heightening of senses,” which is why experts believed the Hendraburnick Quoit may have played an important role in strange pagan religious rites thousands of years ago.

Writing in the archaeology journal Time and Mine, and Dr. Jones and Mr. Goskar conclude: “As in many cultures where darkness is associated with the supernatural and the heightening of senses, it is possible that some activities at Hendraburnick Quoit may have been undertaken at night.”

“Quartz has luminescent properties and reflects both moonlight and firelight.”

“Given that human eye perceives color and shade quite differently at night than by daylight and the art would have been visible in moonlit conditions, the smashed quartz at Hendraburnick could have been used as part of night time activity on the site in order to ‘release’ the luminescent properties of the quartz around the monument and ‘reveal’ the art in a particular way.”

“After the ritual, the broken pieces, once they had fallen on the ground, could have effectively formed a wider platform or arc which would have continued to glisten around it in the moonlight, and thereby added to the ‘aura’ of the site.”

The site has been the center of controversy for some time. Many experts consider it as an ancient “long borrow” used to bury the dead while others are convinced the stone is a natural formation.

However, Dr. Andy Jones and his colleagues have found a layer of slate beneath the 35,000-pound quoit, indicating it was dragged there from a site down in the river valley, meaning it is not a natural formation and that the massive stone was transported to its current position thousands of years ago, reports the Sun.