It’s What Surfer’s Call “Dropping In”

Thinking positive thoughts at first may be difficult. We live in a society of “bad news is popular news” and as much as we notice it, we may just as easily be the one to tune in. But it doesn’t always have to be this way. If we open our minds a little bit and begin to focus on positive things – we can practice “dropping in“ to positivity. 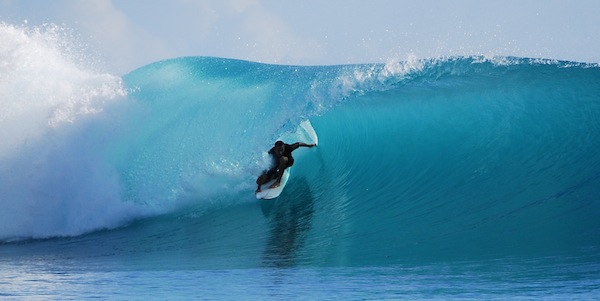 For years I struggled to learn surfing and admittedly I was not a natural as the other surfers around me. In a sense the ocean seemed against me. Paddling out to beyond the break was a nightmare at first and I often returned after a set exhausted and not have caught a single wave.

But after a while I began to unify myself with the ocean. With time, I did not fight so much and began to enjoy the movement of the waves, the swells and even the turbulence of entering into the white foamy break.

The ocean became beautiful and I struggled a lot less. I still had a very hard time catching waves.

Many years ago, after Moving to North Carolina, I was saddened that the Ocean waves were too small to surf. Again I criticized what existed as opposed to accepting what was gifted to me. I still did not consider myself much of a surfer.

The news reports had spoken of a hurricane hitting the east coast and like many surfers I rushed to the beach and with my board jumped into the water. The mood was calm; I sat with a long line of surfers waiting for the waves to come.

At the horizon we saw a huge series of swells begin. We whooped with excitement and then my wave came – A gift from the creator.  As the swell moved me I felt the initial turbulence and then…bliss.

I heard no sound; I felt no resistance, only the beauty of a gentle speed and oneness with the ocean, I glided on the wave and was one. After years of struggle and frustration, I had reached enlightenment. I rode the wave perfectly.

As the wave rolled to the end, I pulled away alongside another surfer who shared the experience. We said nothing. We didn’t need to.

Life is like the ocean. Positivity is like dropping in to the wave of bliss. Although it may be a struggle at first to enjoy positive thoughts, when you need them, they will rise to the surface and save you.

It might even seem scary to ride this wave of life, but if you maintain positivity and focus once you drop in, you will ride the wave of bliss. When the wave ends, you paddle back out and wait for the next one.

It’s What Surfer’s Call “Dropping In”

myempoweredworld
share
Previous post Aliens Or Demons? Pentagon And MoD Officials Feared UFOs Were Works Of The Devil Next post Put Your Palms Together, and Pay Attention to This Little Detail