Major science breakthrough? Wormholes to other GALAXIES could exist in the Milky Way

Absolutely fascinating! A giant doorway to another galaxy could exist at the center of our galaxy the Milky Way, a new study suggests. 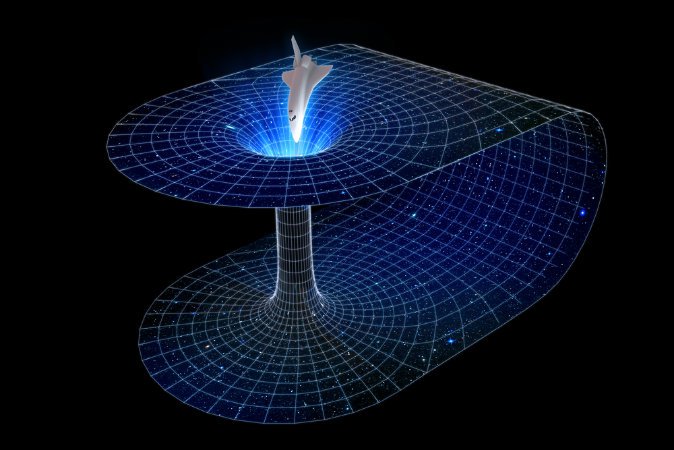 Wormholes have long been considered to exist only in popular movies and video games. But science fiction and reality are divided by a thin line it seems. Physicists claim that a wormhole could exist withing our Galaxy—the Milky Way—which could lead to other parts of the universe.

Experts now believe that these theoretical portals may in fact be REAL and one such wormhole could exist in the Milky Way.

And while a wormhole has still not been spotted anywhere near us, experts from the International School for Advanced Studies in Trieste, Italy, believe wormholes are not just science fiction and they may very well be real, and could be hiding within dark matter inside the Milky Way.

Speaking about wormholes and their existence, Professor Paulo Salucci, said: “If we combine the map of the dark matter in the Milky Way with the most recent Big Bang model to explain the universe, and we hypothesise the existence of space-time tunnels, what we get is that our galaxy could really contain one of these tunnels, and that the tunnel could even be the size of the galaxy itself.”

“But there’s more. We could even travel through this tunnel, since, based on our calculations, it could be navigable. Just like the one we’ve all seen in the recent film ‘Interstellar’.”

Researchers wrote in their study:

“Our result is very important because it confirms the possible existence of wormholes in most of the spiral galaxies.”

“Dark matter may supply the fuel for constructing and sustaining a wormhole. Hence, wormholes could be found in nature and our study may encourage scientists to seek observational evidence for wormholes in the galactic halo region.”

In the past, scientists theorized that if wormholes do exist in the universe, they could be relatively small.

But, the team of astrophysicists believe that the wormhole which may exist in the Milky Way could be “big enough to fit a spaceship” allowing it to travel across the universe, most likely ending up in another distant galaxy.

Prof Salucci, continued: “Obviously we’re not claiming that our galaxy is definitely a wormhole, but simply that, according to theoretical models, this hypothesis is a possibility.”

The research paper was published in the Annals of Physics—a monthly peer-reviewed scientific journal covering all aspects of physics.

ewao
share
Previous post The UFO Summoner Invokes Flying Orbs in Downtown Los Angeles – EWAO Next post The Earliest form of writing on Earth—dating back to 5,500BC: The Tartaria tablets