The first ever images of the mysterious tomb—whose location has still not been disclosed— where explorers found the remains of several mummified alien bodies have been revealed. 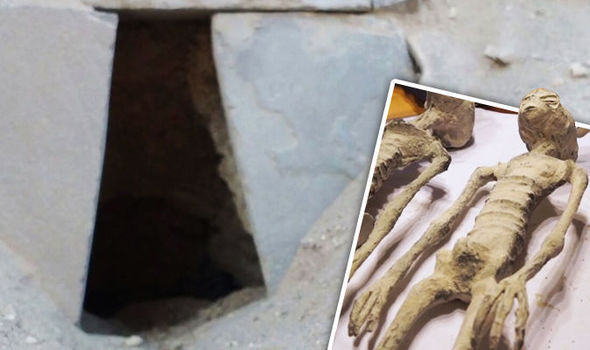 This is the alleged entrance to the mysterious tomb, which according to Gaia.com, is where the mummified alien remains were found. Image Credit: Gaia.com

The mysterious mummified “Alien” remains are believed are believed to be around 1,700 years old and measure around 170 centimeters. The most peculiar characteristic of the mummies is that all of them have only three fingers and an extremely elongated skull.

And even though the World Congress on Mummy Studies was cited as calling the research and work “an irresponsible organized campaign of disinformation,” the group of ‘experts’ behind the discovery is convinced that they have uncovered one of the most important discoveries of the 21st century.

Interestingly, not far away from the supposed tomb, experts found a series of petroglyphs depicting strange three-fingered beings. 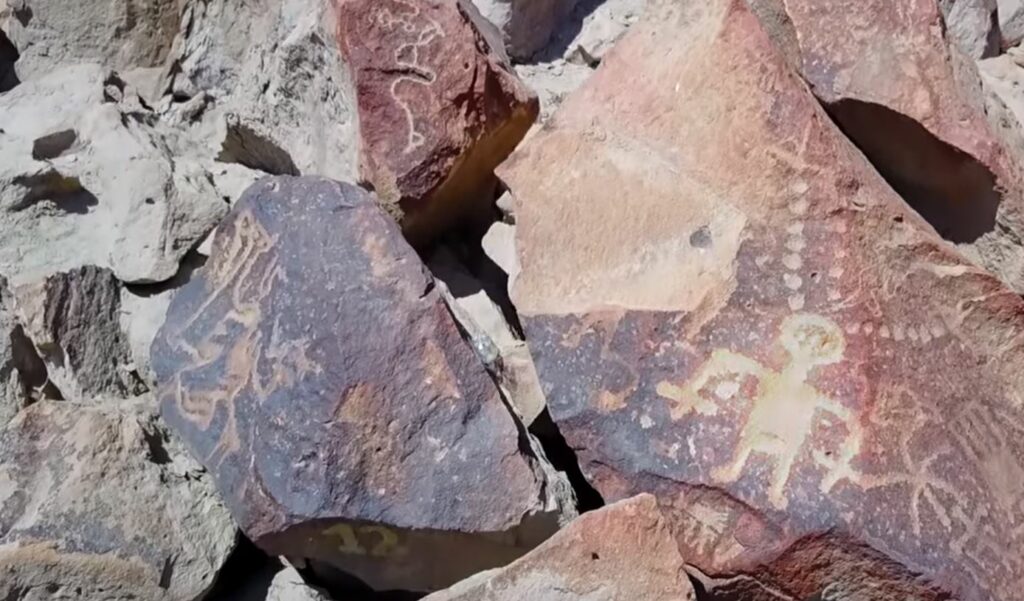 The entire process is followed by Gaia.com which argues that up to FIVE mummified alien bodies have been discovered in a remote tomb near Nazca Peru, and they have even released a new video revealing the first ever images inside the alleged tomb.

The video also revealed the identity of the man who is said to have stumbled across the tomb while exploring the region. The video presents the man who made the discovery only as Marion who argues to have discovered the remote tomb in an undisclosed part of Peru.

Ever since the group revealed they had discovered the alien remains, they’ve been heavily criticized by scientists and archaeologists who refuse to accept the idea that they may have found evidence of “Alien mummies” in Peru. Many experts argue that the discovery is a fabricated hoax, something skeptics have still not been able to prove.

Gaia.com has still not revealed the exact location of the Tomb, nor what else was found inside.

The video posted online only indicates that a man named Mario—no surname—made a “world-changing discovery”.

The narrator of the video tells how “Mario helped with the discovery of many well-known sites in Peru since the 1990s. He knows very well what he does, and he knows what he has found, and what he has found does not belong to any known culture in South America.” 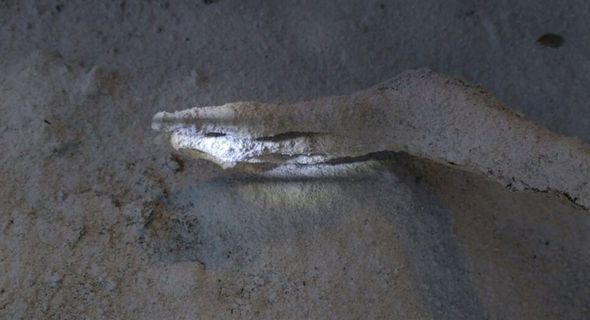 The video footage also features comments made by Jaime Maussan, one of the most prominent UFO researchers from Mexico.

Mr. Maussan said in the video “Inside this tomb, in a secret place, he (Mario) found two sarcophaguses.”

“In one of them was just pure objects. In the second one, he found two medium-sized bodies and many little bodies.”

“The big body was outside the sarcophagus.”

Mr. Maussan said in the video how Mario would not agree to be interviewed on camera.

Interestingly, the narrator of Gaia’s video states how the discoverer of the tomb believes he has just opened around ten percent of the mystery tomb, and that many more sensational discoveries could await inside.

The video footage shows what appears to be the entrance to the enigmatic tomb and the mummified remains buried in there. 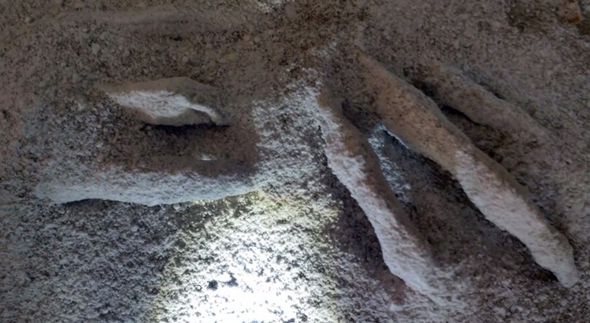 Up to five ‘strange-looking- beings were found inside the mystery tomb, somewhere in Peru. Image Credit: Gaia.com

Mr. Maussan is convinced that the discovery suggests how these ‘beings’ once coexisted with humans.

He said: “These mummies were buried in human tombs, in sacred places.”

“This means that they had coexisted with our ancestors, were not enemies and had, to a certain extent, a degree of respect between both races and cultures.”

However, despite the fact that the group has presented ‘scientific’ studies and x-ray tests, many people are unconvinced by the alleged discovery of alien mummies.

Nigel Watson, author of the UFO Investigations Manual said they were “plaster of Paris fakes.”

Find out more about the discovery on Gaia’s YouTube channel.

More about the discovery can also be found by visiting Gaia.com

ewao
share
Previous post There Are 8 Kinds of Souls. Which One Are You? Next post The Tardigrade a Microscopic animal which has more alien DNA than any other organism on our planet