New footage reveals what Deputy Sheriff saw at Roswell: ‘They were hauling a big creature’

“They were hauling a big creature” reveals a Deputy Sheriff who was there during the most iconic UFO crash in the history of our planet. 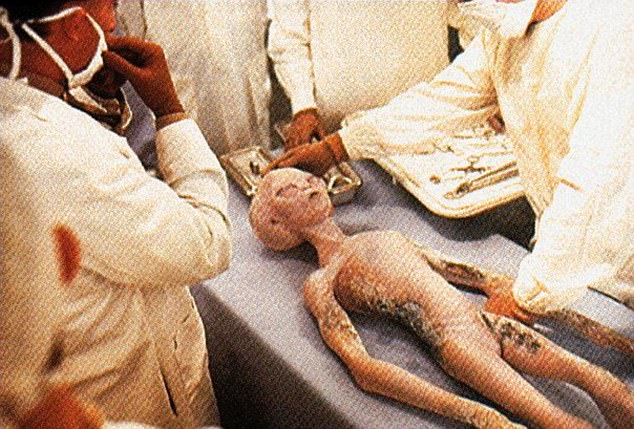 Deputy Sheriff Charles Fogus reveals he saw a crashed flying saucer and ALIENS who looked like the ones we know see on Television, In a newly released interview.

The city of Roswell in New Mexico gained fame after the alleged crash of a Flying Saucer in July of 1947.

Deputy Sheriff Charles Fogus witnessed the scene of one of the most enigmatic incidents in history linked to UFOs.

In the new book UFOs, TODAY – 70 Years of Lies, Misinformation, and Government Cover-Up the transcript of an interview with Fogus was published.

In it, Fogus details what he saw with his own eyes.

British newspaper The Mirror obtained an excerpt from editor Philip Mantle, former Director of Research at the British UFO Research Association (see the video with part of the original interview below).

When Fogus and Sheriff Jess Slaughter arrived at Roswell to pick up a prisoner and reached the place where, according to the official version later, a US Air Force balloon crashed, between 300-400 soldiers had already rushed to the scene.

Fogus reveals in the book:

“They were hauling a big, a creature. The bodies must have been 5 feet tall. I saw the legs and feet on some of them. They looked like our feet. The skin was a brownish color…. Like they were in the sun too long.”

When asked about details of the mysterious beings and if he had seen their heads, Fogus responded: “Yeh….they were covered. The eyes looked like the ones we see on television and the pictures of them.”

And after reflecting on what he had seen 70 years ago, Fogus continued:

“The Great Father didn’t just make this planet…. He made all of them. He put beings on these planets just like he put us on this one. They’re smarter than we are.”

“It is rare that anyone new adds anything to the Roswell event from an eyewitness point of view. If you treat the Roswell UFO crash as a ‘cold case’ investigation then new testimony like this can be invaluable.”

So what happened at Roswell? In the Book “A History of UFO Crashes”, researchers Don Schmitt and Kevin Randle say their research shows military radar had been tracking an unidentified flying object in the skies over southern New Mexico for four days. On the night of July 4, 1947, radar indicated the object had gone down about 30-40 miles northwest of Roswell.

On July 8, the RAAF issued a press release, which was immediately picked up by numerous news outlets:

“The many rumors regarding the flying disc became a reality yesterday when the intelligence office of the 509th Bomb group of the Eighth Air Force, Roswell Army Air Field, was fortunate enough to gain possession of a disc through the cooperation of one of the local ranchers and the sheriff’s office of Chaves County.”

“The flying object landed on a ranch near Roswell sometime last week. Not having phone facilities, the rancher stored the disc until such time as he was able to contact the sheriff’s office, who in turn notified Maj. Jesse A. Marcel of the 509th Bomb Group Intelligence Office. An action was immediately taken and the disc was picked up at the rancher’s home. It was inspected at the Roswell Army Air Field and subsequently loaned by Major Marcel to higher headquarters.”