New Geoglyphs Discovered In Peru Are Older Than The Nazca Lines

Lesser known than the Nazca Lines, the emblematic Palpa Lines are much older and are located in an area that was declared a World Heritage Site by UNESCO in 1994.

The hillsides of Palpa in Peru were intricately decorated by pre-Columbian civilizations, which drew thousands of geoglyphs in the area: and recently, five of them have been recovered by experts. 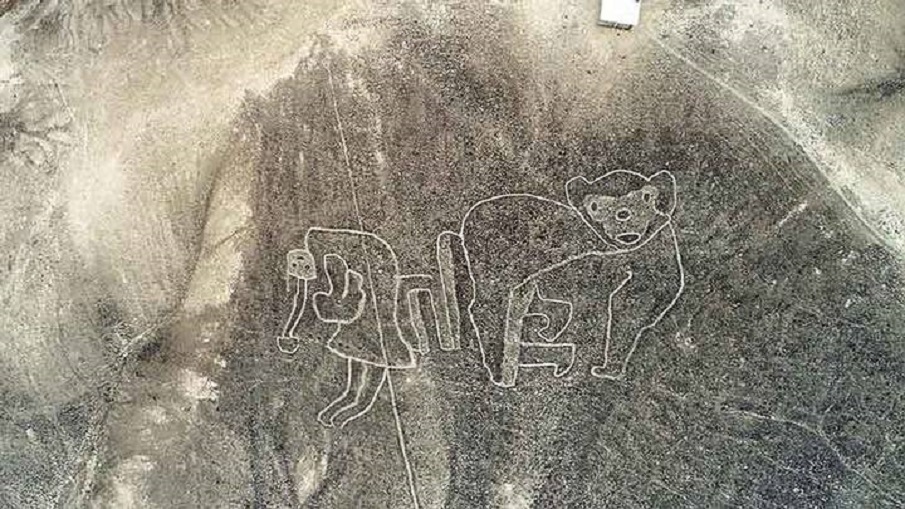 The Palpa Lines are older than the Nazca lines.

Since November of 2017, a group of archaeologists from the Decentralized Directorate of Culture of Ica has been busy returning the splendor to the mythical geoglyphs that in recent years had been vandalized by those who walked near or on the hillsides, destroying ancient art that dates back thousands of years, reports El Comercio.

“We continue to find more geoglyphs, which reveals that this whole area was a great ‘loom’ in which the Paracas have been drawing on the desert hillsides throughout thousands of years,” said the Minister of Culture of Peru, Patricia Balbuena, who recently visited more than 50 new lines that have been discovered by experts.

Unlike the Nazca lines, you can see the Palpa lines without the need to be in the air

One of the advantages of the Palpa Lines is that many of the ancient geoglyphs can be seen without the need to fly over them, as with the Nazca Lines.

However, for the registration process, the scientists used drones that recorded images from thirty meters above the lines.

The Pontifical Catholic University of Peru, National Geographic and the Sustainable Preservation Initiative (SPI) facilitated the exploration equipment used by the specialists of the Management System for the Cultural Heritage of Nazca and Palpa.

According to the archaeologist Johny Isla Cuadrado, it is one of the “most complete” documentation carried out in the area. 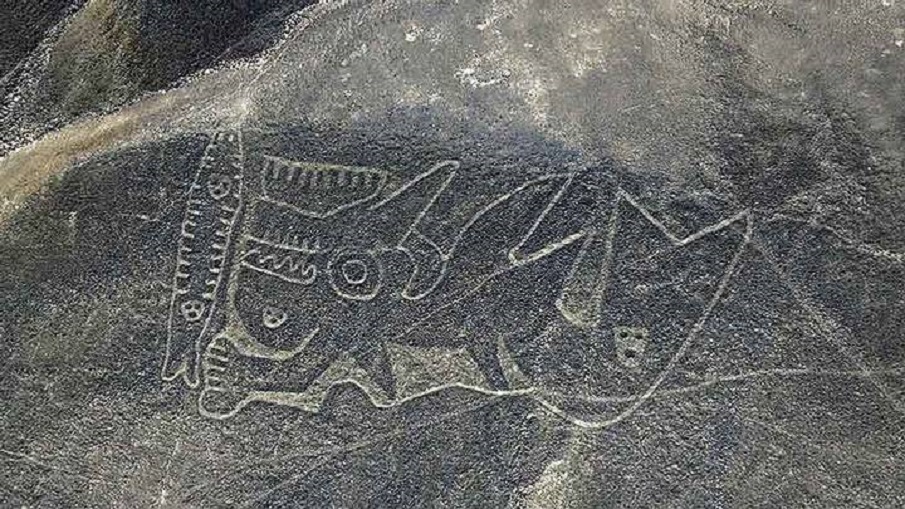 Seen here is an aerial image of one of the geoglyphs discovered in Palpa, near the Nazca lines.

The recent discovery is good news for the tourism industry of the country, which welcomes thousands of tourists which travel to Peru eagerly to finally see the Nazca lines up and close.

Now, with the Palpa Lines, the possibilities of developing the sector are even wider.

“Since we finished the restoration of the Pala Lines, more planes arrive to fly over this area. The airlines are offering wider overflights,” Isla told El Comercio.

However, the Ministry of Culture has emphasized the need to respect the rules for the observation of Peru’s heritage and has ordered to reinforce the custody in the archaeological zone to prevent its depredation.

“We knew about the Nazca people, but we did not know that the Paracas, 500 years before them, had worked in this area.”

“Many of the discovered figures were hidden, covered and at risk because the place was used by motorcycle taxi drivers to cross the Pan-American highway,” said Minister Balbuena, quoted by the newspaper La República.

Experts say that the Palpa lines show anthropomorphic and figurative features: an orca, a monkey, a dancer, a pelican.

This fact has awakened the interest of the scientists to determine what use they had for the pre-Columbian civilizations, considering that it is believed that the geometric forms embodied in Nazca were an offering to the gods for the rains in the desert area.

ewao
share
Previous post Why the Internet is Crying Over This Photo of a Cashier Helping a Man Count Change Next post These 12,000 Year Old Massive Underground Tunnels Stretch from Scotland to Turkey (Over 2700 Miles)