Communication is one of the most important tools we have. Though technology is making it easier to communicate even when one doesn’t know another person’s language, there is something romantic and rewarding about learning a new language. If French, Spanish or Italian is on your list of languages to learn, a new map may prove useful as you prepare to study.

In recent months, the Foreign Service Institute (FSI) ranked languages around the world by how many weeks it takes to learn them. Because it’s always easier to comprehend information when it’s presented in visual format, a Reddit user named Fummy shared a map that displays the data in parts of Europe.

Some of the easier languages to learn include Spanish, French, and Swedish. The tougher ones include Hungarian, Russian and Arabic. Hungarian, specifically requires about 44 weeks to learn (or about 1,100 hours of instruction) and is considered to be a language “with significant linguistic and/or cultural differences from English.” 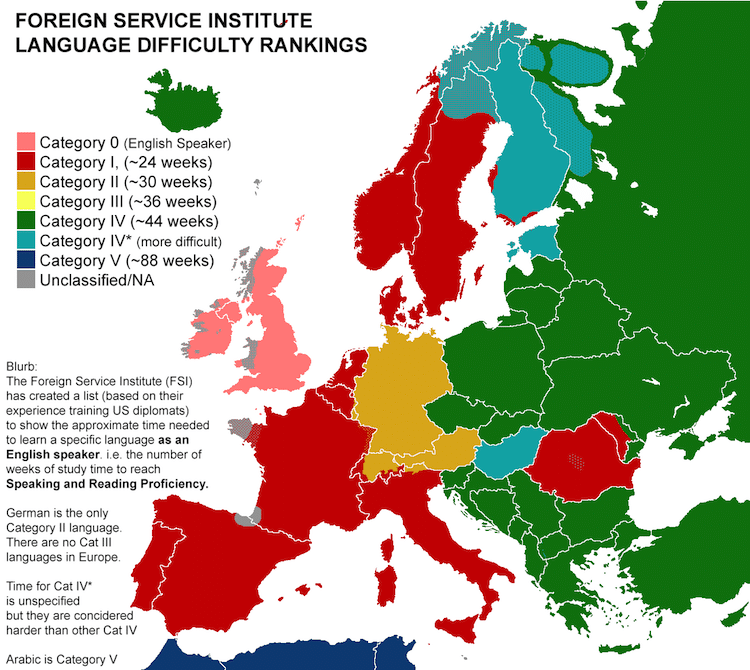 Credit: RedditThe rankings for the hardest/easiest languages to learn follow: 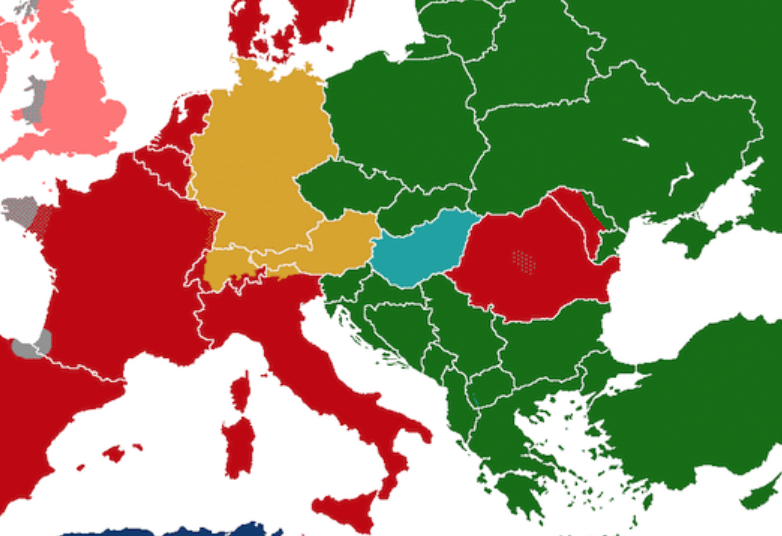 * Usually more difficult than other languages in the same category.

Spotify users, remember that you can begin learning French, Spanish, Chinese, German and other languages for free.

With devices such as the Google Pixel Bud headphones, it is possible to converse with people in different languages. However, technology should not negate individual initiative to learn. After all, through education, we are set free.

It is because we, as humans, yearn for knowledge that the world continues to spin, and new inventions are unveiled on a near-daily basis. Utilize technology, particularly when traveling, but expand your own horizons by continuing to learn for your entire life. Our advice to you is to take advantage of the free resource above when planning to learn a new language.