Need more proof that humanity is intentionally being “dumbed down” with toxic chemicals? A study just published in the scientific journal Environmental Health Perspectives has found an undeniable link between fluoride in the urine of pregnant women and lower IQ (intelligence) scores in children measured later in life.

The study was conducted by Bashash M, Thomas D, Hu H, et al. 2017. And is titled, Prenatal Fluoride Exposure and Cognitive Outcomes in Children at 4 and 6–12 Years of Age in Mexico.

An excerpt from the study lays out the unequivocal evidence that fluoride is cognitively damaging:

“In this study, higher levels of maternal urinary fluoride during pregnancy (a proxy for prenatal fluoride exposure) that are in the range of levels of exposure in other general population samples of pregnant women as well as non-pregnant adults were associated with lower scores on tests of cognitive function in the offspring at 4 and 6–12 y old.”

What’s more, when added to numerous other studies which have been conducted, we can see that the blanket use of fluoride in municipal water supplies is causing cognitive decline. 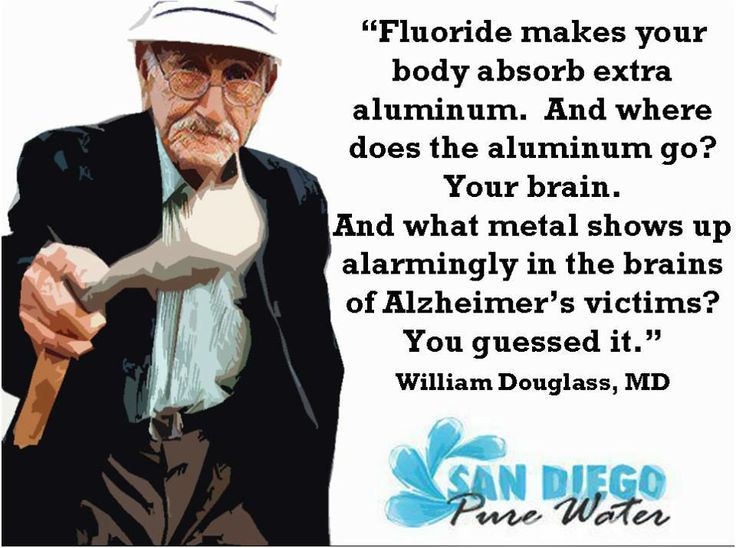 For example, a now infamous study conducted by Harvard found that fluoride exposure has a seriously detrimental impact on children’s IQ scores. The researchers at Harvard found that fluoride is highly toxic to the brain, and especially so to a developing brain. More than 8,000 children who were exposed to fluoride were sampled in the research, so it would also be very difficult to call the study a fluke.

Moreover, multiple studies have found that calcified deposits in the pineal gland are associated with decreased numbers of functioning pinealocytes and reduced melatonin production (Kunz et al., 1999) as well as impairments in the sleep-wake cycle. Not only does the pineal gland secrete melatonin to help regulate the Circadian cycle, but it also secretes DMT, a precursor hormone to melatonin that allows out of body experiences, astral travel, deep insights into other realms, and more.

In the 1990s, a British scientist, Jennifer Luke, discovered that fluoride accumulates to strikingly high levels in the pineal gland.

The pineal gland is also the “seat of the soul” as Rene Descartes described it, or our gateway into spiritual evolution. Fluoride undeniably causes these calcified deposits on the pineal gland.

To wit, it isn’t just our day-to-day, left-brain-dominant, problem-solving intelligence that is impaired by fluoride, but our spiritual wisdom which is being hampered.

Yet, according to the CDC, 76 percent of all water in the U.S. is fluoridated. In Australia, some territories live with up to 96 percent water fluoridation rates. Only about 10 percent of the people in the UK have fluoridated water, and 30 Canadian municipalities have banned fluoride altogether.

It will be interesting to see the intelligence rates of our children over time, in areas where water fluoridation continues, compared to those areas which have already had enough of the “light lobotomy” pushed by government and industry.

Contrary to popular opinion, fluoride was not added to the water supply at the behest of the dentists everywhere, it was offloaded onto an unsuspecting public as a toxic byproduct of secret government projects, like the Manhattan Project (the project which helped to build the atomic bomb), and the following companies:

Sadly, dentists still push fluoride use today as if it helped to prevent tooth decay, when loads of scientific research says it does no such thing.