Excavations in Iraq have yielded incredible results as archeologists have recovered what they believe are ‘undeciphered’ 3,250-year-old clay tablets. The ancient clay tablets—still to be deciphered—could contain commercial, legal or religious information; the task will be long and difficult for researchers.

A team of archaeologists from the University of Tübingen (Germany), led by Peter Pfälzner, has discovered a collection of 93 clay tablets with cuneiform writing at the archaeological site of Bassekti, dating from the Bronze Age and located in the Kurdistan Region, in northern Iraq, the agency said yesterday. 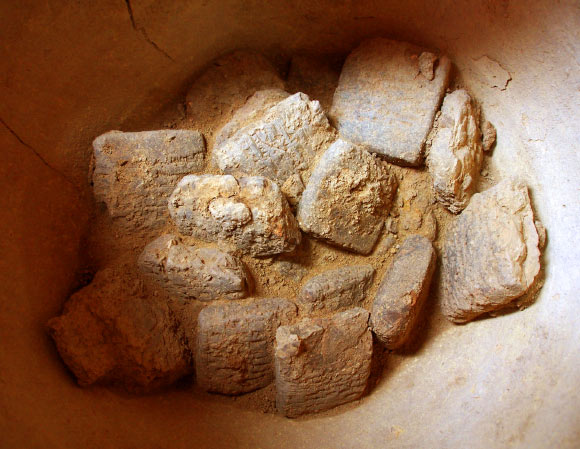 Bassetki (Iraqi Kurdistan) 2017: Assyrian cuneiform clay tablets as they were discovered inside a clay vessel.

“Sixty of the valuable records had been deposited in a ceramic pot which was presumably used for clay tablet storage,” the archaeologists said.

“The vessel was discovered in a room of a Middle Assyrian building which had been destroyed; along with two further pots, it has been wrapped in a thick coating of clay.”

The tablets have been dated around 1250 BC, during the Middle Assyrian Empire.

According to archaeologists, Sixty of these tablets were deposited in a ceramic vessel that was probably hidden after the destruction of a contiguous building.

“The Information may have been concealed with the intention of protecting it and preserving it for posterity,” says Pfälzer. “Our philologist, Dr. Betina Faist, has deciphered a small fragment of a clay tablet, which mentions a temple dedicated to the goddess Gula so that the context could be religious in nature.” 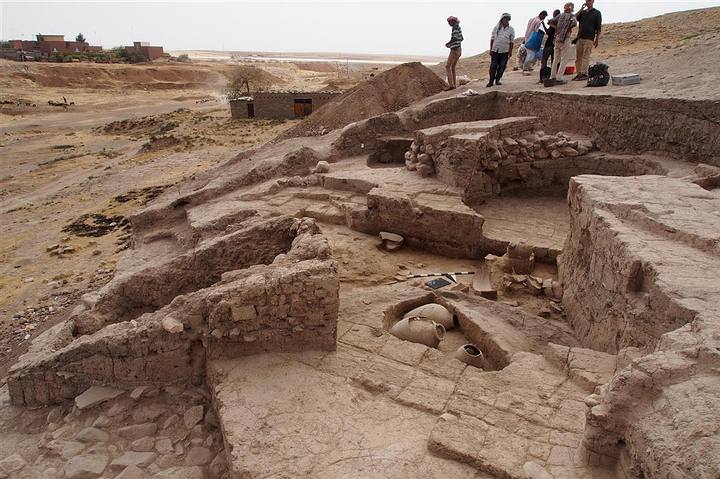 Bassetki (Iraqi Kurdistan) 2017: The excavation site including the ruined Middle Assyrian Kingdom building on the eastern slope of the Bassetki mound during the 2017 excavation campaign. Photo: Peter Pfälzner, University of Tübingen

“I hope the texts will yield a wide variety of detail about the history, society, and culture of this little-researched area of northern Mesopotamia in the second millennium BC,” he added.

So far, archaeologists have made images of the clay tablets on a computational photographic method (rti) which enables interactive re-lighting of the objects from any direction, reports the university of Tuebingen.

The intense work of reading and translating the 93 cuneiform tablets will begin in Germany, now that the team has returned home. Many of the clay tablets are unbaked and badly worn, so reading them will be a major challenge and will take a considerable amount of time. Peter Pfälzner hopes the texts will yield a wide variety of detail about the history, society, and culture of this little-researched area of northern Mesopotamia in the second millennium BCE, states an official report at the website of the University of Tuebingen.