According to archaeologists and historians, huge fortresses of this kind are a profound enigma in Viking history. 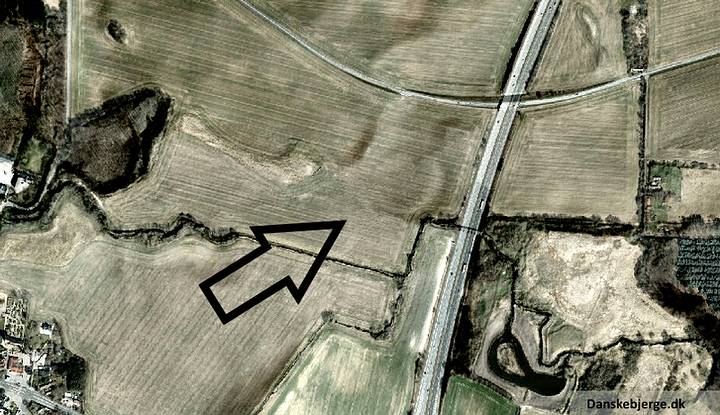 The remains of the ancient fortress as seen from the Air.

A nearly perfect circular structure now hidden beneath thick layers of soil stands as evidence that ancient Scandinavians lived there for more than a generation and defended themselves very effectively.

In their incursions to coastal towns of all medieval Europe, the Vikings were considered wild and aggressive people. However, they not only destroyed and disorganized life in invaded areas, but learned to organize their own subsistence, in order to make it more secure and orderly.

Within this trend, the fortifications had a special meaning since according to Danish scientists Ancient Vikings at some point copied “blueprints” from the Anglo-Saxons.

In 2014 a group of archaeologists spotted one of the few known fortresses of the 10th century and have now completed excavations and successfully documented the findings. The structure was circular, which means that its embankments had the form of a ring with an outer diameter of 144 meters. Its four main doors intersected through two streets paved with wood. 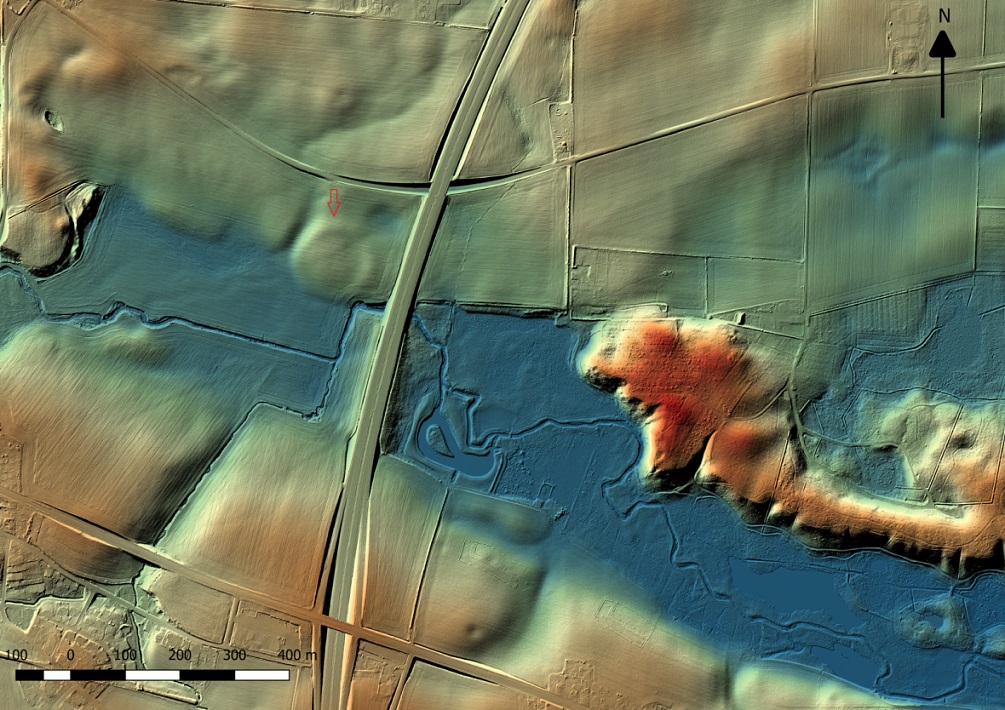 Archeologist Soren Michael Sindbæk from the Aarhus University told Science magazine that in the 1930s four similar strongholds were identified but since then not a single one. All of them are believed to have been built in a rather ‘short+ period from 975 and 980 CE, during the reign of King Harald Bluetooth.

A complete 3D visualization of the entire territory of Denmark, made by the national government in recent years, has contributed much to this discovery. Were it not for sensitive modern technologies such as LiDAR – airborne laser scanning – Sindbæk and his colleagues probably would have had a very hard time measuring subtle differences at ground-level indicating the presence of the ring-shaped structure.

Scientists would never have guessed where the site was located without this contemporary topography method, Sindbæk said. 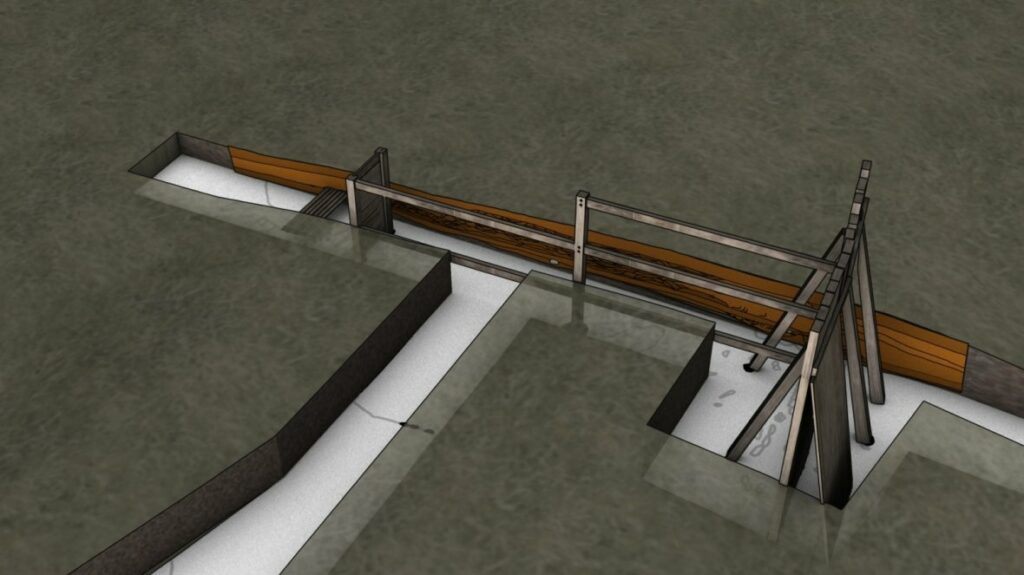 This is a reconstruction of what one of the fortress’ ramparts may have looked like. Image Credit: Goodchild et al / Antiquity 2017

The remains of embankments rose only half a meter above the level of the ground. In addition, the distribution of the fortresses on the map seems disorderly, although its very existence confirms a good social organization among the Vikings.

Sindbæk highlighted two particular finds among the embankments: a silver bracelet and a “fantastic” carpenter’s toolbox abandoned after it was partially burned by fire. The cemetery, located next to the circular fortification, contains burials of women and children and not just soldiers: but that the “king’s men” were there with their families.

“The biggest surprise is that, unlike the other fortresses that were abandoned after about 2 decades, this one appears to have been used for more than a generation after that. And we found a silver bracelet that is quite closely associated with silver rings, pendants, and other adornments that have been found at the other fortresses, so we can begin to link them together,” said Søren Michael Sindbæk.