Researchers find ‘the entrance’ to the Moon

It seems that researchers have discovered the entrance that leads inside our moon.

The entrance to the 50-kilometer long cave inside the moon was discovered by JAXA’s Selenological and Engineering Explorer (SELENE), aka Kaguya after it spotted a strange opening of around 50 meters in diameter on the surface of the moon.

The data collected by the Japanese lunar orbiter Kaguya has revealed that a cave system on the Moon discovered in 2009 is about 50 kilometers long and could provide shelter to future settlers, according to Japan Aerospace Exploration Agency (JAXA) and reports from the Japan Times. 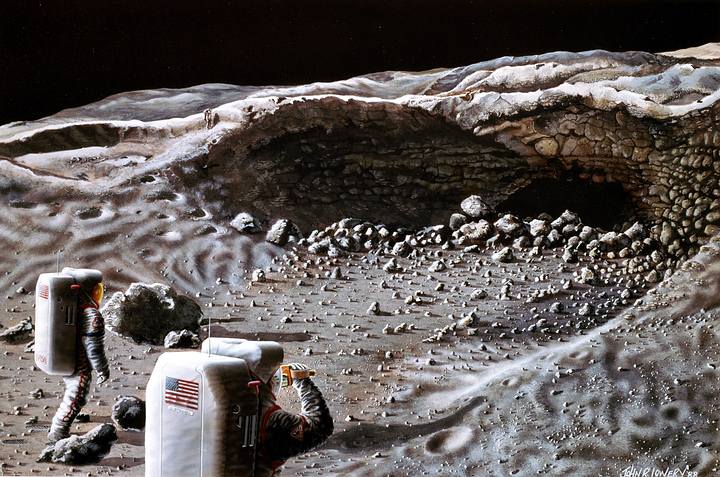 The massive cave system could provide shelter for future astronauts on the moon.

This Japanese agency estimates that this cavity could protect future lunar explorers from radiation of and cosmic rays when the near future, mankind establishes a fully functional base on the surface of the moon.

According to experts, the cave system, which formed about 3.5 billion years ago due to volcanic activity, is located in an area with several volcanic domes known as Marius Hills, near the lunar crater of the same name.

The initial discovery was made after Kaguya spotted a mysterious hole on the lunar surface with a diameter of around 50 meters.

Eventually, a further radio-wave study discovered that the 50-meter entrance was only a small part of a supermassive tunnel leading inside Earth’s natural satellite.

It is widely believed that Earth’s moon was the victim of large-scale volcanic activity until about 1 billion years ago. 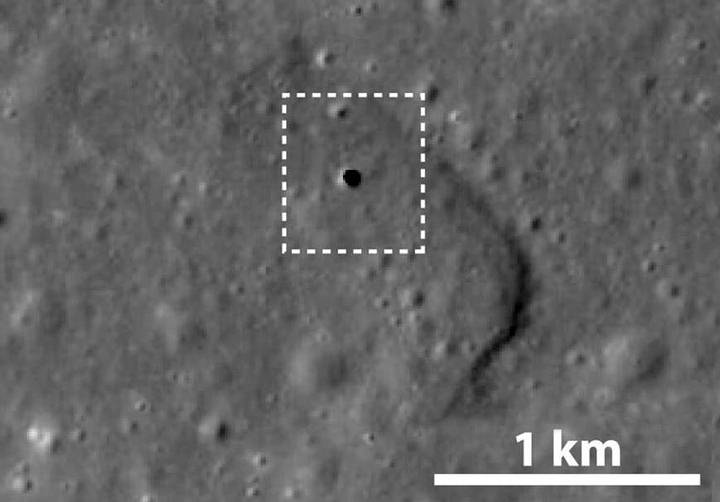 This photo taken by Kaguya shows a 50-meter hole in the lunar surface leading to a cave that extends for 50 km. Image Credit: JAXA.

The supermassive cavern is believed to have been a lava tube formed when the outer lava cooled and hardened while the melted rock within remained hot and continued to flow, reports the Asahi Shimbun.

“The cave is a scientifically useful place,” said Tetsuya Kaku, a graduate student at Tokai University involved in the study. Kaku cited the possibility of finding minerals produced when the moon was formed as well as water.

Not long ago, Vice president Mike Pence revealed that the Trump administration wants NASA to send humans back to the lunar surface.

“We will return NASA astronauts to the Moon – not only to leave behind footprints and flags but to build the foundation we need to send Americans to Mars and beyond,” said Vice President Pence at the first meeting of the reconstituted National Space Council.

Returning to the moon—and eventually creating a lunar outpost—is one of the main goals the human race should pursue according to a number of experts on the subject.

Creating an outpost on the moon will not only make it much easier to reach Mars but will greatly decrease the difficulties in exploring our solar system.

ewao
share
Previous post THIS Is What God Said to Each of the Zodiac Signs! Next post China’s Newest Alien Discovery Telescope Finally Reveals What They’ve Found..