In the city of Dinosaurs, as Ganzhou in China is referred to, researchers came across more than 30 Dinosaur Eggs that are believed to date back to more than 130 million years.

Now, don’t you wonder what else may remain buried beneath our feet?

More than 130 million years passed by before a group of workers found a perfectly preserved dinosaur nest, with more than 30 dinosaur eggs. 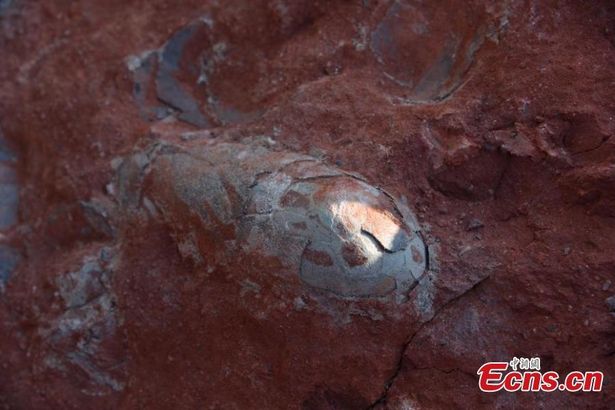 The discovery was made in a construction site of a school in December of 2017, reports the People’s Daily Online.

The Police arrived at the construction site quickly, restricted access to the perimeter and alerted the staff of the Dayu County museum.

As experts arrived, the dinosaur eggs were kept safe by officers who handed over the site to Museum Staff. Experts confirmed that they were in fact dinosaur eggs, which belonged to the Cretaceous period, the last period of the dinosaur era. 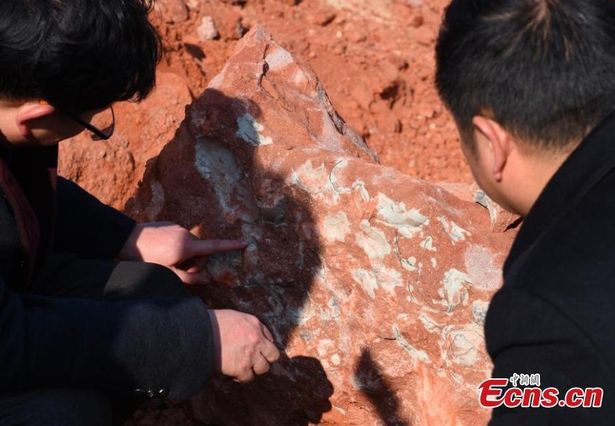 Upon discovering the Dinosaur Eggs, construction workers called the police who in turn brought experts to the site.Image: China News Service/Ming Kangping)

Among the eggs were small, fossilized, black shells.

The Cretaceous Period began 145 million years ago and ended abruptly some 66 million years ago, as a massive comet impacted Earth kick-staring the end of the dinosaurs on Earth. It was succeeded by the Paleogene Period.

As noted by the Mirror, the city of Ganzhou and surrounding area is “one of the most productive oviraptorosaurian regions of the world” according to an article published in nature.com with seven oviraptorosaurian (feathered and bird-like) dinosaurs named after the region.

The recently discovered eggs are now being safeguarded at the museum for further studies.

ewao
share
Previous post Opioid Abuse Dramatically Decreasing In States With Legal Marijuana Next post Secret Maps of the Third Reich: Did the Nazi’s find the entrance to the Inner Earth?