Archaeologists have begun exploring the ancient Mayan temple of Kukulcan and other ruins of Chichen Itza as never before, using a specially modified radar to search for passages and hidden chambers.

Just as experts in Egypt are exploring the inside of different Pyramids using special equipment like ground penetrating radar and muon detectors, archaeologists in Mexico have begun exploring the ancient site of Chichen Itza using advanced tools.

The stepped pyramid, also known as El Castillo, or the Pyramid of Chichen Itza was built thousands of years ago by the itzáes Maya.

Researchers are currently setting up what is considered as the monument’s most comprehensive study in the last 50 years. 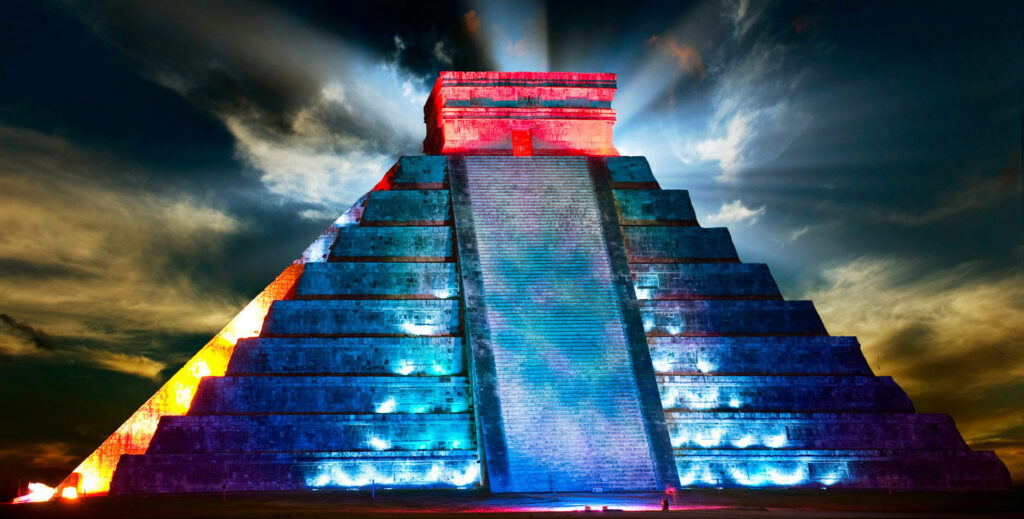 Experts will use, among other avant-garde technologies, a ground-penetrating radar GPR) to locate passages and cameras in a non-invasive way.

In addition, several sonars will be mounted onto kayaks to explore the cenotes that decorate the surrounding landscape and identify underground water systems.

“Something on this magnitude has never been tried, but we’re convinced that it will help us understand this site in a way that wasn’t possible before,” says Guillermo de Anda, an underwater archaeologist with Mexico’s National Institute of Anthropology and History and director of the Great Maya Aquifer Project. “With this information, I believe we will conclusively find out if the local legends of an elaborate underworld are true.”

When Legends turn into reality

Mayan legends speak about water mazes located deep beneath the pyramid of Kukulkan, and it is suspected that there are hidden chambers in the very heart of the structure.

The ancient Maya considered caves, tunnels, natural sinkholes, aka centos to have a great connection to the Gods and believed that anything ranging from fertility to rain, and lightning originated in the ‘underworld.’

In the Mayan language, Chichén Itzá means “mouth of the well of the itzaes,” referring to the Sacred Cenote, the great natural well that the ancient inhabitants of the Yucatan considered one of the main entrances to the underworld, the home of numerous gods.

In addition, the name of the site alludes to the itzaes, powerful mythical-historical lords of the ancient city during the time of its growth and apogee. 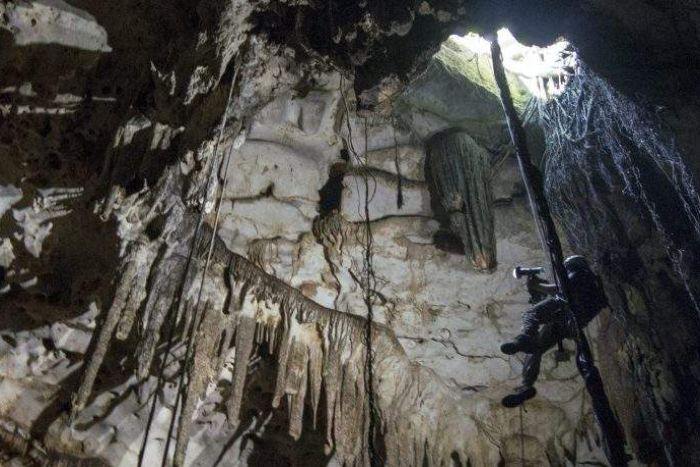 Engineer Corey Jaskolski scans the entrance to the Holtun Cenote in Chichen Itza.

The sacred cenote of Chichén Itzá was considered one of the most important places of pilgrimage in Mayan culture and pilgrims from places in Central America such as Piedras Negras came to Chichén Itzá frequently.

Researchers hope that laser scanning technology and photogrammetry will help reveal such chambers by creating a precise three-dimensional map of the area, both above and below the ground.

In the first week, sonar scanning has already discovered two submerged and a couple of dry caves, one of which contains a woman’s petroglyph.

On the other hand, the GPR found “a number of anomalies” behind the walls of the temple and under the floor of the throne of the Red Jaguar, in the entrails of the structure.

“We need to wait a while to process all the data and get a better interpretation of what this means,” explained Corey Jaskolski, a National Geographic engineer.

“I think this approach will tell us a lot about the secrets that the pyramid still hides.”

Researchers will also be using drone-mounted LIDAR (light detection and ranging) and thermal sensors in order to penetrate the dense foliage in Yucatan and locate the natural sinkholes.