Scientist claims: Aliens are ‘Immortal Robots’ and they are Billions of years old

Assuming we haven’t already met aliens and that we are still looking for our cosmic neighbors, our first encounter with aliens could be really scary.

So, if you imagined aliens as small humanoid beings, with a massive elongated head, almond shaped-eyes, who have a weird obsession of ‘sticking probes’ up people’s bums, then you are going to be disappointed.

A new study titled “Alien Minds” by Professor Susan Schneider from the University of Connecticut and the Institute for Advanced Studies at Princeton discusses a theory of how first contact would be with an extraterrestrial race—robotic extraterrestrial race—which is billions of years old. 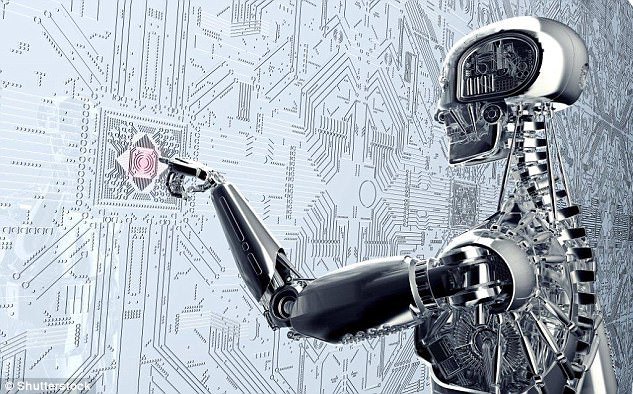 Yup, a robot which is so old that its difficult to gasp according to the Daily Galaxy.

Professor Schneider says that an Alien AI could already be out there in the cosmos and its most likely billions of years old.

“Other civilizations may be vastly older than us – earthlings are galactic babies”, she said.

Dr. Schneider believed in the ‘greater age of alien civilizations.’

In a report published by Daily Galaxy, Professor Schneider said: ‘all lines of evidence converge on the conclusion that the maximum age of extraterrestrial intelligence would be billions of years, specifically ranges from 1.7 billion to 8 billion years.’

This means that if aliens are out there, not only are they way smarter than we are, they are also more likely to have already adopted a post-biological phase.

Uploading onto machines would mean that silicon-based life could survive harsher and more dangerous conditions than hat carbon-based life forms, consequently, this means that their civilization could survive for much longer periods of time.

Dr. Schneider argues that there are many advantages to being silicon-based.

“It’s easier for instance to survive space travel. There’s tremendous computational power available and there are no physical limitations like the skull and a machine could in principle reach super-intelligence quicker than a human,” she said.

There would be near-immortality and reliability’.

Interestingly, there are a lot of astronomers and scientists who believe aliens could in fact be robots. And why not? Ray Kurzweil from Google has predicted that mankind will merge with machines by 2050.

If you take into considerations that aliens do exist, and have existed for millions—if not billions—of years, then it is only logical to assume that they’ve merged with machines eventually.

Seth Shostak of the Search for Extraterrestrial Intelligence says:

“Consider the fact that any signal we pick up has to come from a civilization at least as advanced as we are. Now, let’s say, conservatively, the average civilization will use radio for 10,000 years. From a purely probabilistic point of view, the chance of encountering a society far older than ourselves is quite high.”