The massive structure stretches a staggering 600 million light-years across and has a staggering mass of 20 million billion suns. In other words, it is about the size of 20,000 Milky Ways, and experts only managed to discover it now. 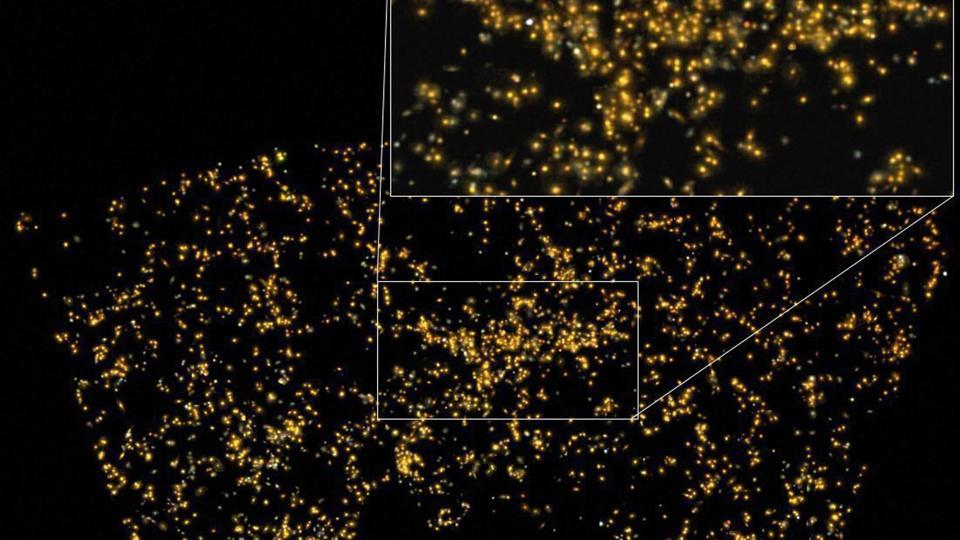 Indian astronomers have found one of the most massive structures in the known universe. (PTI photo)

Astronomers from India have managed to locate one of the largest structures in the known universe. The ‘beast’ is a supercluster of galaxies located some 4 billion light-years away, hidden away in the constellation of Pisces.

The humongous object is referred to by Indian astronomers as the Saraswati super cluster—a structure that stretches across the universe for 600 million light years, with an approximate mass of—hold on to your chair—20 million billion suns, or if you want some 20,000 Milky Way galaxies.

Experts named the super cluster after the Hindu Goddess of knowledge, music, art, wisdom, and nature, a goddess that represents real and celestial rivers—which suits the supercluster entirely given its monstrous size.

The findings were reported by experts in the Astrophysical Journal. Curiously, the newly found structure challenges our understanding of the universe as scientists say it is too massive to be where it is now, 10 billion years after the big bang—the time when we see it.

According to the current understanding of the universe and the cosmological model, the structure should not have had enough time to accumulate to the size it has. Somehow it managed it, and astronomers are trying to understand how.

Scientists from the Inter University Centre for Astronomy & Astrophysics and the Indian Institute of Science Education and Research, said in a statement: “Our work will help to shed light on the perplexing question; how such extreme large scale, prominent matter-density enhancements had formed billions of years in the past when the mysterious Dark Energy had just started to dominate structure formation.”

In the past, experts had found only a few similar structures in the universe, like the ‘Shapley Concentration’ or the ‘Sloan Great.

“Previously only a few comparatively large superclusters have been reported, for example, the ‘Shapley Concentration’ or the ‘Sloan Great Wall’ in the nearby universe, while the ‘Saraswati’ supercluster is far more distant one.”

When scientists peer through telescopes looking at distant objects I the universe, it’s hard to judge whether they are closer or located further away, as some celestial object may appear near to one another, but may be separated by billions of years. Kind of like that sign on the car mirror that says… objects in the mirror may appear closer than they are in reality.

This is why it’s a time-consuming process to work out exact measurements and distances of the light spectrum of each galaxy.

“We were very surprised to spot this giant wall-like supercluster of galaxies, visible in a large spectroscopic survey of distant galaxies, known as the Sloan Digital Sky Survey. This supercluster is embedded in a vast network of cosmic filaments traced by clusters and large voids,” astronomers wrote in their study.