Archaeologists excavating the ancient city of Teotihuacan in Mexico say they have uncovered evidence of what seems to be a network of tunnels located beneath the Pyramid of the Moon. The tunnel was discovered using electrical resistivity tomography—a geophysical technique for imaging sub-surface structures from electrical resistivity measurements made at the surface, or by electrodes in one or more boreholes.

According to reports, the mystery tunnel stretches from the central square of the ancient metropolis which was most likely used for human sacrifices and other rituals, all the way to the Pyramid of the Moon.

According to INAH, the National Institute of Anthropology and History archaeologists used CT scans in order to find the tunnel located around 30 feet below the surface of the plaza near the Pyramid of the Moon. 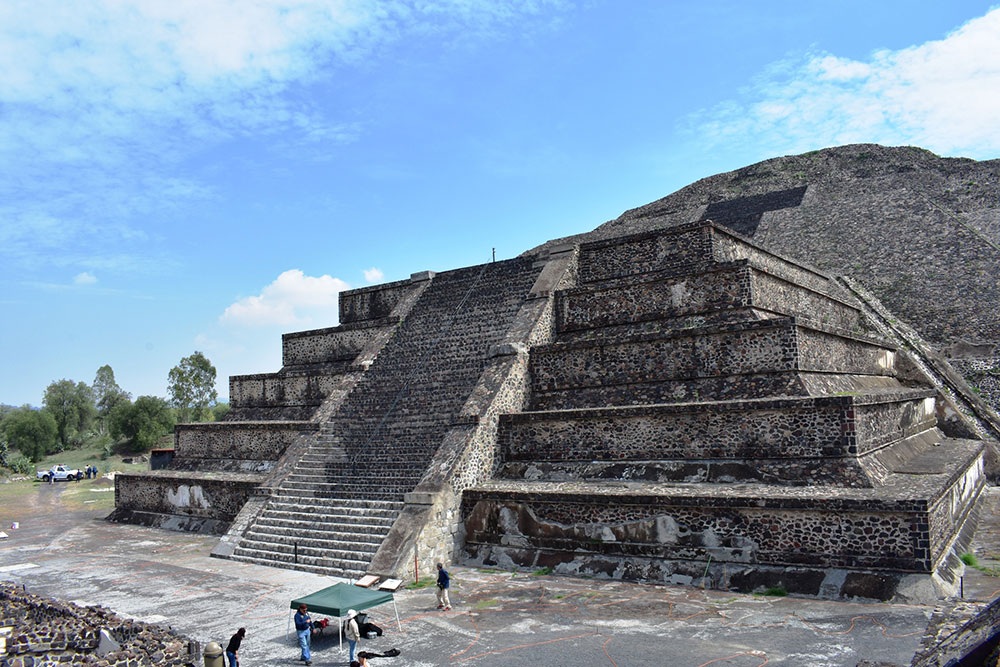 This is not the first underground tunnel found at Teotihuacan. Previously, experts have uncovered a set of tunnels in different places and the underground tunnel located beneath the Temple of the Plumed Serpent has already been explored by archaeologists.

Experts believe the newly discovered tunnels were filled with different kinds of offerings.

Verónica Ortega, archaeologist and director of the Integral Conservation Project of the Plaza de la Luna said: ‘The finding confirms that Teotihuacan’s reproduced the same pattern of tunnels associated with their great monuments, whose function had to be the emulation of the underworld.’ 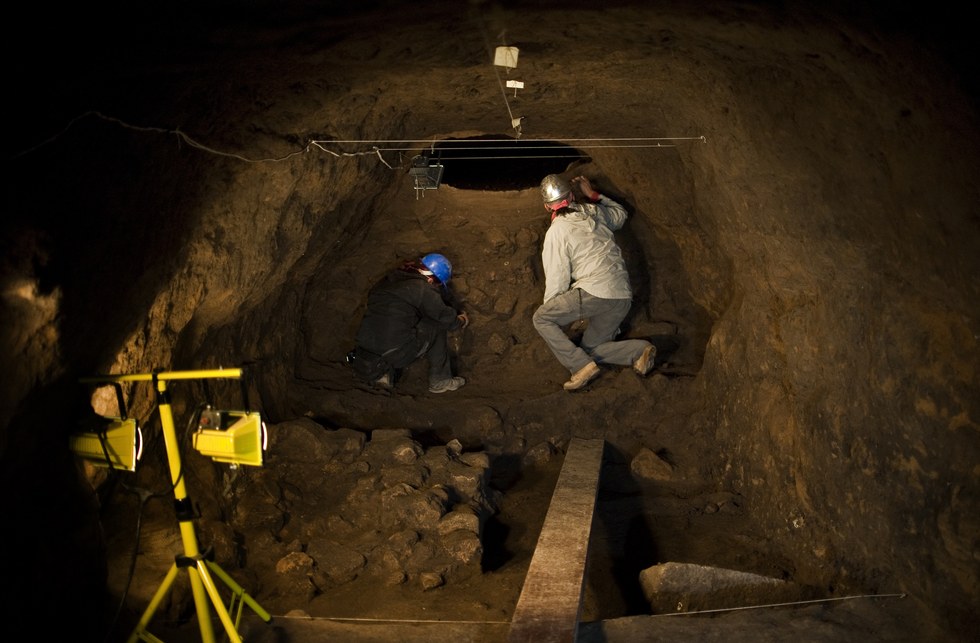 Archaeologists working in the tunnel found below the Temple of the Feathered Serpent. Image Credit: AFP/GETTY

CT Scan explorations were led by Dnisse Argote Espino, of the Directorate of Archaeological Studies of INAH who said that the preliminary images clearly show what appears to be a straight cavity some 10 meters (30) feet below the surface spanning from the center of the central square towards the Pyramid of the Moon.

In order to fully understand what they have found, experts indicate they need to process more data in order to get a better picture of what’s down there.

However, according to Ortega, the tunnel could have been the ’emulation of the underworld’, where the origin of life, plants, and food were recreated.

Exploring the new tunnel could help experts find other tunnels that may be down there. Experts believe more tunnels remain hidden beneath Teotihuacan after detecting changes in the soil.

Established around 100 B.C., and lasting until its fall between the seventh and eighth centuries, Teotihuacan was one of the largest cities in the ancient world, with over 150,000 inhabitants at its peak.