Should we be worried? Artificial Intelligence can now learn new words by talking

Much has been said about Artificial Intelligence in 2017, and many incredible developments have been made, as mankind watched the first AI become the citizen of a country.

But are we ready to let Artificial Intelligence-Robots—into our society? Are we really ready to welcome them with open arms?

Many experts are worried about Artificial Intelligence and how fast it’s being developed.

Now, scientists at the University of Osaka have developed a new method that allows Artificial Intelligence to learn words in a conversation by implicit confirmation.

Its a new era, and AI is learning fast. 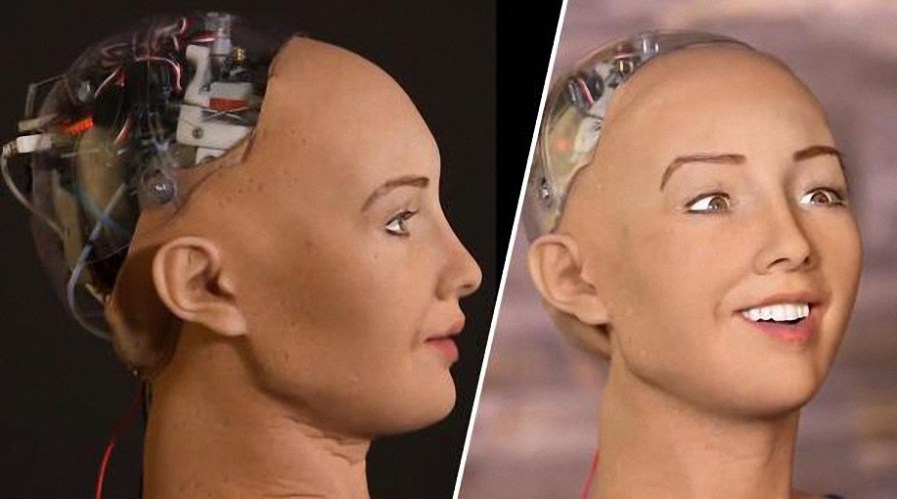 This is Sophia, the Robot who said it would destroy humans and who wants to start a family. She is also the first robot to receive a citizenship of a country.

Many robots, chatbots, and voice assistant applications have appeared in recent years; however, in these systems, computers answer questions based on what was programmed in advance. They cannot come up with their answers. Or at least they were not able to. But as experts want AI to become even more intelligent, they need the AI to be able to have complex conversations with humans.

There is another process in which a computer learns from humans by asking simple and repeated questions; however, if the computer only asks questions such as “What is XYZ?” to acquire knowledge, users will lose interest in talking to the computer.

Therefore, the group of scientists led by Professor Komatani formed an implicit confirmation method by which Artificial Intelligence acquires the category of an unknown word during the conversation with humans.

The purpose of this method is for the system to predict the category of an unknown word of the user’s input during the conversation, to make implicit authentication requests to the user and to have the user reply to these inquiries. In this way, the system acquires information about the words during the dialogues, according to a statement.

In this method, the ‘system’ decides whether the prediction is correct or not by using the response of the user that follows each request, its context, using automatic learning techniques.

As noted by experts; „this system’s decision performance improved by taking the classification results gained from dialogues with other users into consideration.”

Furthermore, experts note that popular Chatbots in the market talk to anyone in the same way.

However, as dialogue systems become popular in the future, computers will be required to speak by learning from a conversation depending on the situation.

The research results of this group are a new approach towards the realization of dialogue systems in which a computer can become more intelligent through conversation with humans and lead to the development of dialogue systems with the ability to customize responses to the situation of the user.