Engineers from the University of Bristol have shown that it is possible to levitate objects which are larger than the wavelength of sound.

Scientists have managed to levitate objects that were much larger when what we’ve ever achieved before, and the new technology paves the way for human levitation.

In 2015, Nature Communications published an article in which it reported the construction of the first sonic tractor beam in the world, capable of lifting and moving objects through the use of sound waves.

Using these sound waves, an acoustic hologram is generated which in turn allows for the movement of the small objects.

Acoustic tractor beams use sound, or better-said soundwaves, to hold—levitate—particles in mid-air.

The discovery made in 2015 opened the possibility of developing a sonic production line to transport objects and assemble them, without touching them.

Scientists thought beyond transporting objects and went further proposing that this technology could also be used in medicine, allowing doctors and surgeons to transport drug capsules and even surgical instruments inside living tissues.

Now, a recent study extends this discovery considerably: engineers at the University of Bristol have shown that it is possible to levitate objects which are larger than the wavelength of sound.

This discovery not only expands the possibility of manipulating drug capsules or microsurgical instruments within the human body, but it also allows the transportation of larger and more delicate objects without a container.

It could even lead to the levitation of human beings, according to a statement from the scientific team behind the discovery. 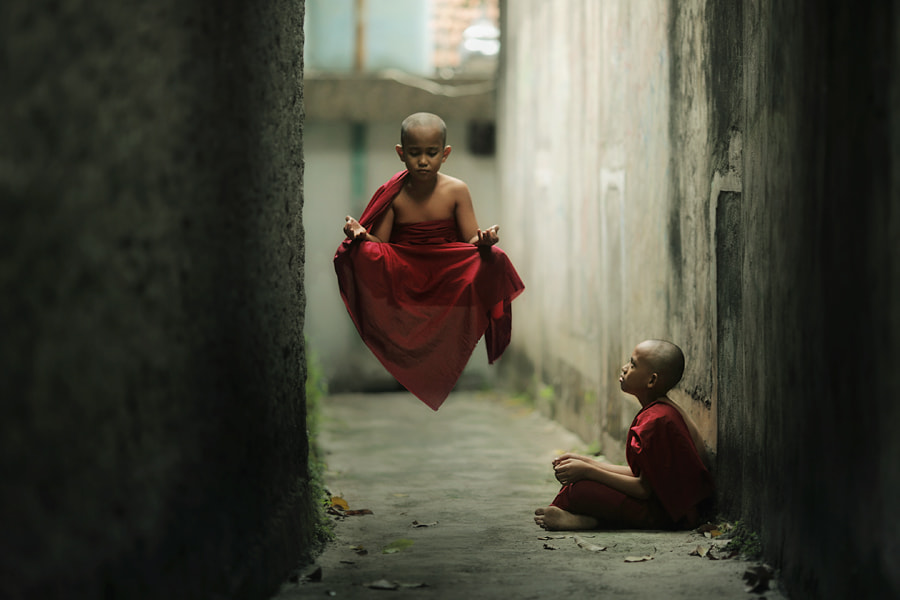 It was previously thought that acoustic tractor beams were limited to levitating only small objects; only those approximately the same size as a wavelength of the sound. Scientists believed that it was nearly impossible to levitate objects of a greater size without losing stability, causing the objects to spin uncontrollably.

However, engineers from the University of Bristol describe a new technique, to be published in Physical Review Letters.

Using a tornado-like structure that is extremely loud but has a silent core, scientists found that when changing the direction of the rapidly fluctuating acoustic vortices that make up this structure, they were able to control the rate of rotation and stabilize the tractor beam.

Dr. Asier Marzo, the lead author on the paper from Bristol’s Department of Mechanical Engineering, said that “Acoustic researchers had been frustrated by the size limit for years, so its satisfying to find a way to overcome it.”

In the new study, scientists used waves at a pitch of 40kHz and create the acoustic vortices. As noted by experts, the structure’s silent core managed to hold in position a two-centimeter sphere made out of synthetic polymer. This is revolutionary as the sphere is two times the site of the acoustic wavelengths, which means that it is currently the largest object that has been usefully and stably held in a tractor beam.

Source: The world’s most powerful acoustic tractor beam could pave the way for levitating humans