One of the greatest minds on Earth—Professor Stephen Hawking—wants mankind to colonize Earth’s moon as soon as possible, in order to ensure the existence of our species. “I am an optimist. I believe we can. One of the best ways to do this is to move out into space and explore the potential for human beings to live on other planets.”

As we have seen in the last couple of years, rising tensions among the world’s nuclear powers have made scientists think about what we can do in order to ensure the existence of our species, if a world ‘nuclear’ war would break out in the future.

With growing concern from North Korea and Middle Eastern countries, the world has never been this scared and nervous.

Tensions between Pyongyang and Washington have greatly escalated in the last couple of years, the reason why Prof Stephen Hawking has stated that we must work to ensure the existence of our species, and the first step is to colonize the Earth’s moon.

Hawking has said that comments made by North Korea’s leader Kim Jong-un should be taken seriously. The North Korean leader has threatened to destroy its enemies, and escalating tensions between nuclear powers have taken ou planet one step closer to a global catastrophe provoked by man. 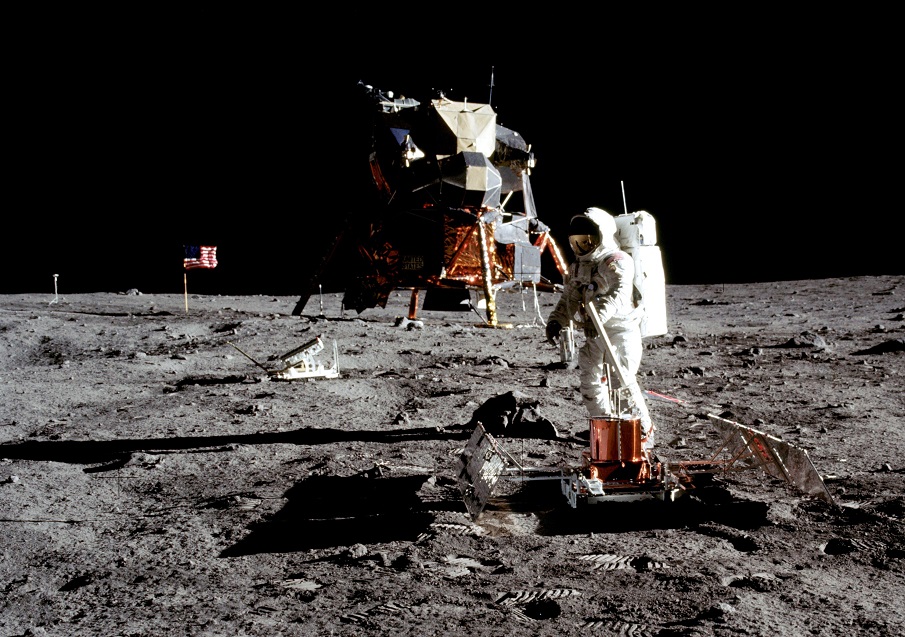 “I am an optimist. I believe we can. One of the best ways to do this is to move out into space and explore the potential for human beings to live on other planets.”

To ensure we as a species live on, Prof Hawking has said that we need to head to the moon, and start looking for another planet if we are to survive a catastrophic event—like World War 3.

Professor Hawking has urged leading nations in space exploration to push the lm it’s with our space programs—and work collectively—and send astronauts to the surface of the moon in the next couple of years.

Speaking at the Yalta European Strategy forum, Prof Hawking said that we have already landed on the moon, and it could become our cosmic base to explore, and eventually colonize other worlds.

We have all that we need to go to the moon. Recently, scientists have also discovered ice deposits on the moon’s north pole, a very important discovery that could help astronauts survive on the moon.

Furthermore, Prof Hawking said that while leaving our planet will not solve all of our problems, it will give the human race a new perspective.

“Leaving earth will give us a new perspective. It would also unite us to face a common challenge,” concluded Prof Hawking.

ewao
share
Previous post New research points to Planet Nine: There is something massive out there Next post Scientists have found evidence of a ‘fourth dimension’