Study: Chimpanzees Have Personalities That Last A Lifetime — Just Like Humans 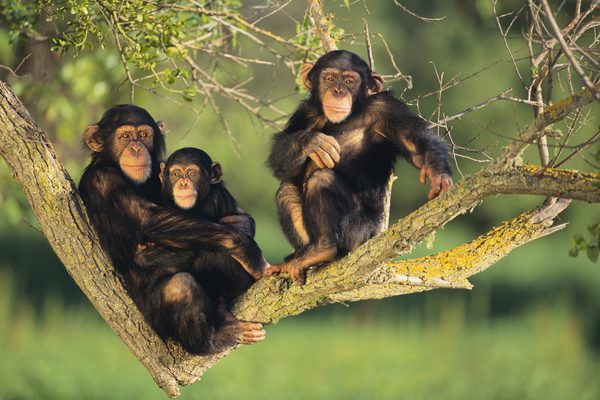 Long gone are the days of believing that animals are non-sentient creatures that only exist for human entertainment. New research conducted by the University of Edinburgh, which mimics a similar study conducted in 1973, confirms once and for all that chimpanzees have personalities that last a lifetime — just like humans.

In 1973, a group of researchers visited the Kasekala community in Tanzania’s Gombe National Park, where Jane Goodall — the world’s leading chimpanzee expert — spent much of her time studying the primates. There, they rated the chimps on 24 unique traits, such as fearful, curious, greedy, jealous, playful, helpful, manipulative, and gentle.

According to Science Direct, the researchers found the female chimpanzees to be more trusting in general, as well as timid and depressed. Meanwhile, the male chimps were more aggressive and outgoing. One particular female, Passion, killed and ate at least four infant chimps, so she was excluded from their study due to her “disturbed” behavior. Despite the team’s findings, the idea of animals having personalities didn’t catch on until the late 1990’s. Fortunately, new research confirms once and for all that chimpanzees have personalities the last a lifetime.

Goodall, who once said, “It isn’t only human beings who have personality, who are capable of rational thought and emotions like joy and sorrow,” inspired lead researcher Alexander Weiss to follow up on the 1973 study. In 2010, he and a team of researchers ventured to the same Kasekala community and met with 18 current and retired field assistants who knew and had studied the chimps for as long as 35 years. Weiss told National Geographic: “It’s the most famous groups of chimpanzees in the world, and I thought this was a terrific opportunity.” 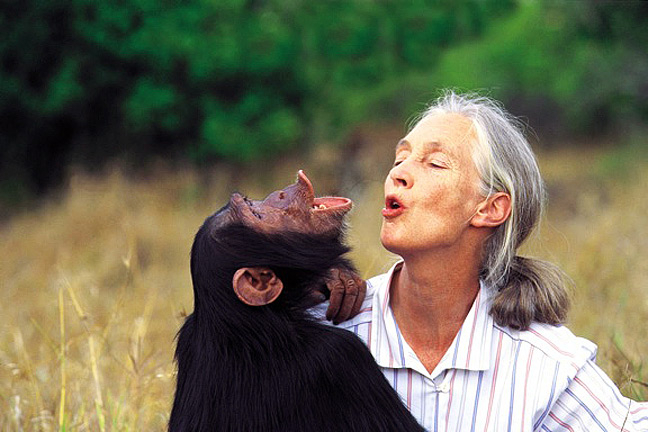 “It was pretty awe-inspiring – I knew about these field assistants, having read work by Jane Goodall before,” Weiss added. “It was an amazing privilege that they took the time to help out with this.”

Together, the researchers rated the personalities of 128 chimpanzees, some of whom are no longer around today. They also looked at the same 24 different traits, reports IFLScience. Weiss and his team compared the new survey results with the results of 1973 and found consistencies in the chimps’ personalities. This led the scientists to determine that although personalities might change slightly with age, they remain relatively constant throughout their lives, just like humans.

The substantial amount of data obtained by Weiss and his colleagues was compiled and published in the journal Scientific Data. The group’s hope is to help other scientists to better understand personalities in people — and the repercussions of different personality traits have on things like reproductive success.

“I don’t have enough time in my life to do everything that can possibly be done with these data, so why not let other people explore them?” explained Weiss. “That’ll be really cool to see.”

Watch the video below to learn more about chimpanzees: