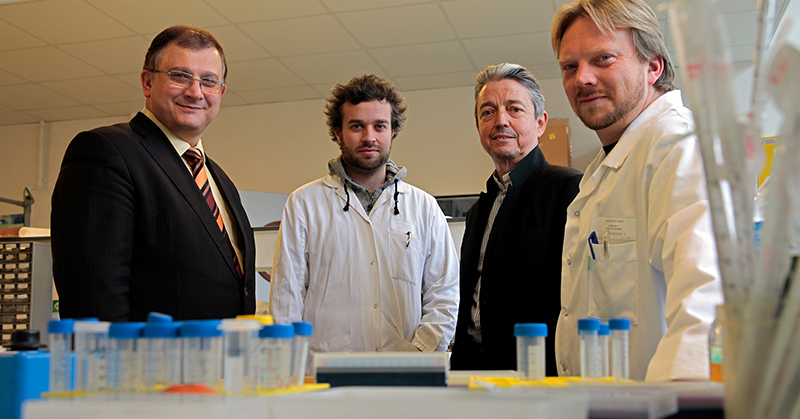 French molecular biologist and political activist Gilles-Eric Seralini became well-known a few years ago for the response to his work on genetically modified organisms in food. In a November 2012 paper published in Food and Chemical Toxicity, Seralini managed to draw the ire of GMO producers around the world, leading to a lawsuit being filed for defamation. In his two-year study, a marked increase in tumors in rats fed GMO corn led him and his team to conclude that these were causing cancers in the rat population, and may be dangerous for human consumption.

A researcher at the University of Caen since 1991, Seralini has written hundreds of articles and papers. He has also published studies through the Committee of Independent Research and Information on Genetic Engineering. Nearly all of his studies are focusing on the risk of GMOs and the herbicide Roundup on humans.

In a paper titled “Long Term Toxicity of a Roundup Herbicide and Roundup-tolerant Genetically Modified Maize”, Seralini drew criticism from many scientists for his research methods. The paper led to Kenya’s banning GMO foods that year. A year later, though, Food and Chemical Toxicity retracted the paper because of mounting criticisms.

As Seralini’s study was set to be published, a journalist called it a “scientific fraud which the methodology served to reinforce pre-determined results.” In response, Seralini and his team filed a lawsuit for defamation, resulting in a court process lasting three years. Recently, Seralini and his team won their lawsuit — though this does not mean the study was without flaws.

Critics were quick to point out that the study’s methodology was faulty. Specifically, the sample size was not large enough, and the rats’ diet was skewed when compared with a natural food intake. Also, Seralini’s choice of rat may have been faulty — though it was a standard lab rat, they are highly prone to developing tumors.

In the end of things, though, Seralini’s study is the longest and most thorough collection of data we have about the effects of GMOs and Roundup. While his methodology was not perfect, Seralini had this to say about the study:

So where does the study stand today? In June of 2014, Seralini republished his study with even more raw data in the Environmental Sciences Europe journal. Standing firm in his belief of the dangers of GMOs and Roundup, Seralini and his team have chosen to continue to make the information available to the widest audience possible. While still drawing criticism from big-name scientists and researchers, Seralini and his team are making a choice that will continue to benefit humanity.

See the article that inspired this one here

ewao
share
Previous post Why Smoking Cigarettes Causes Cancer – It’s Not What You Think Next post Guy Does ‘Dudeoir’ Shoot For His Wife, Blows The Internet Away With 10 Stunning Photos