Archaeologists have made a stunning discovery in Switzerland. Experts have stumbled across a massive standing stone that may once have stood as a place for worship in a Bronze Age settlement. According to reports, the three-ton Menhir may have once stood vertically and may have been a monolith or part of a group of standing stones like Stonehenge.

Referred to as ‘Menhir’, the massive stone was a sacred ‘structure’ erected by prehistoric humans inhabiting the region.

Archaeologists believe the massive stone dates back between 4,000 and 5,000 years. 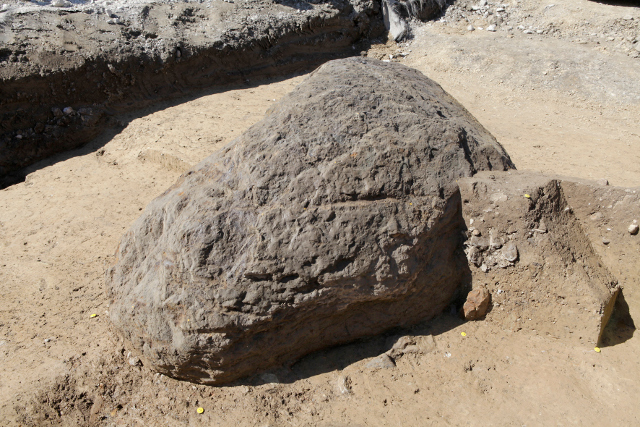 However, according to archaeologists it may not have stood alone. Markings around the site indicate that the massive three-ton menhir may have been part of a stone complex like Stonehenge in the distant past.

The massive stone was uncovered during excavations of a Bronze Age settlement in the swill village of Breitnacher, south of Bern.

Furthermore, experts from the Canton of Bern Archaeology Department also uncovered the remains of a prehistoric settlement believed to have existed in the region some 3,500 years ago.

The excavation was part of a preliminary archaeological survey before construction of a new housing complex began.

According to archaeologists, the massive stone may have been moved in the distant past by prehistoric humans and was transported to its present location.

Experts suggest that due to the proximity of the ‘monument’ to Bronze Age houses, the settlement may have been built after the stone was erected. 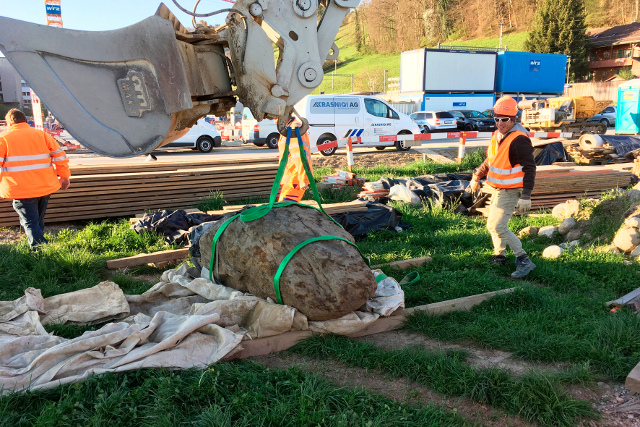 This discovery has a great impact since scientists know little about Switzerland Bronze age populations.

The menhir discovered in Breitnacher is just one of 15 other stones of similar size found in Switzerland.

These ancient stones can exist solely as monoliths, or as part of a structure like Stonehenge.

Menhirs of different shapes and sizes have been found around the world.

They are common in Europe, Asia, and Africa. Experts note that the majority of them has been found in western Europe.

Menhirs are commonly used at sites were ancient religious ceremonies were performed, or next to sacred ancient buildings.

“To date, only around fifteen isolated menhirs have been located in Switzerland. These are usually simple blocks from one to four meters high. The best example of the canton of Bern is for the moment in Sutz-Lattrigen, on Lake Biel. The discovery of a menhir at Kehrsatz would, therefore, be an event, said a statement from the Canton of Bern Archaeology Department.

Experts will find out more about the stone after they perform detailed analysis.

“This discovery would be all the more interesting since, with the exception of a few isolated finds, very little is known about the Stone Age settlement around the city of Bern,” the statement said.