In 1975, a mysterious object looked like a bright ball, clearly visible, perhaps 10 times brighter than the brightest star in the sky. The UFO changed color incessantly and when it was approached by supersonic fighters, the object DISAPPEARED. The super fast MiGs could not get any closer to the UFO, let alone catch up with it.

It was in 1975 when General Zvonimir Jurjevic commander of the 172nd Yugoslavian Air Force and Air Defense witnessed what he described as otherworldly spacecraft.

In January on 1975, the pilots of his squadron would meet with a UFO, face to face, for the first time ever as the enigmatic flying object burst into the sky, appearing in front of the fighter jets.

“The object looked like a bright ball, clearly visible, perhaps 10 times brighter than the brightest star at that time. The UFO changed color incessantly: white, yellow, light red, orange, and so on,” said Zvonimir Jurjevic during a news interview.

One day, more precisely on January 25, 1975, General Zvonimir Jurjevic decided to go after the UFO.

Exactly 50 minutes after the takeoff, the unidentified flying object appeared over the skies of the city of Cetinje. 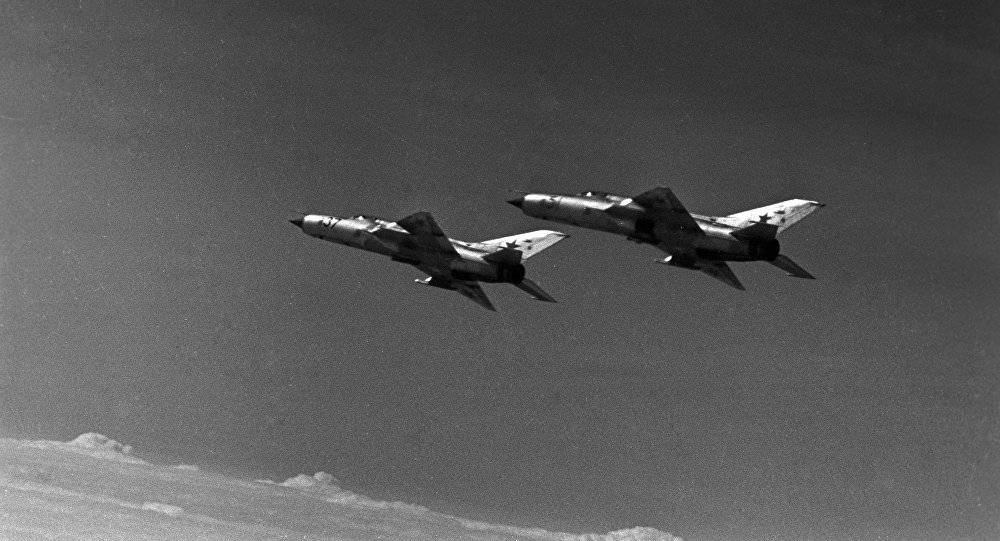 As soon as the MiG fighter Jets started chasing it, the UFO changed course towards the city of Budva and disappeared in the sky.

This UFO was repeated for several days and Jurjevic communicated each incident to Belgrade.

One day, however, the general came up with a different strategy, to try to intercept the UFO once and for all.

Two aircraft were to take off, and two more fighter jets were to follow later, but taking off from a different airfield hoping to encircle the mystery craft. Pilots maintained radio silence during the entire flight.

Speaking to Sputnik News, General Jurjevic explained to Sputnik News: “I only just stabilized the flight somewhere over Cetinje, when suddenly the object flashed over Budva, and Lieutenant Machec saw it above Niksic.

“I ordered Machec to stay in place, and took a course parallel to the Adriatic coast, where I tried to establish at what distance the object was: it turned out that it was at about 10 kilometers.

“However, it did not allow me to get any closer to it. I reduced the speed — the distance was the same. I increased the speed – it was still the same ten kilometers.”

Two supersonic Soviet MiG-21s arrived from Belgrade, attempting to hunt down the unidentified flying object but without any luck.

Approaching it was literally impossible.

Suddenly, the craft fled at 1700 kilometers per hour; then out of nowhere, the UFO appeared tailing the pursuing planes; the super fast MiGs could not get any closer to the UFO, let alone catch up with it.

Curiously, as reported by Sputnik News, the radar station on the Prevlaka peninsula could not “see” the object, however, when the two supersonic Soviet MiG-21s arrived from Belgrade, Yugoslav radars managed to record a strange signal in the sky.

The mysterious encounter of the skies of former Yugoslavia remains one of the greatest mysteries in Ufology.

ewao
share
Previous post Another Teen Dies after HPV Vaccine—the Science Speaks for Itself, It Can’t Be Denied Next post People want a reality show where ‘Flat Earthers search for the Edge of the world’