The Mystery Of The Six Pyramids Of Tenerife, Spain

No matter where people look, there are pyramids scattered across the globe.

And while Europe isn’t that famous for being home to ancient pyramids, the truth is there are quite a few scattered across the European continent.

For some reason, ancient cultures around the globe, all decided to build massive pyramids, for no apparent reason whatsoever. 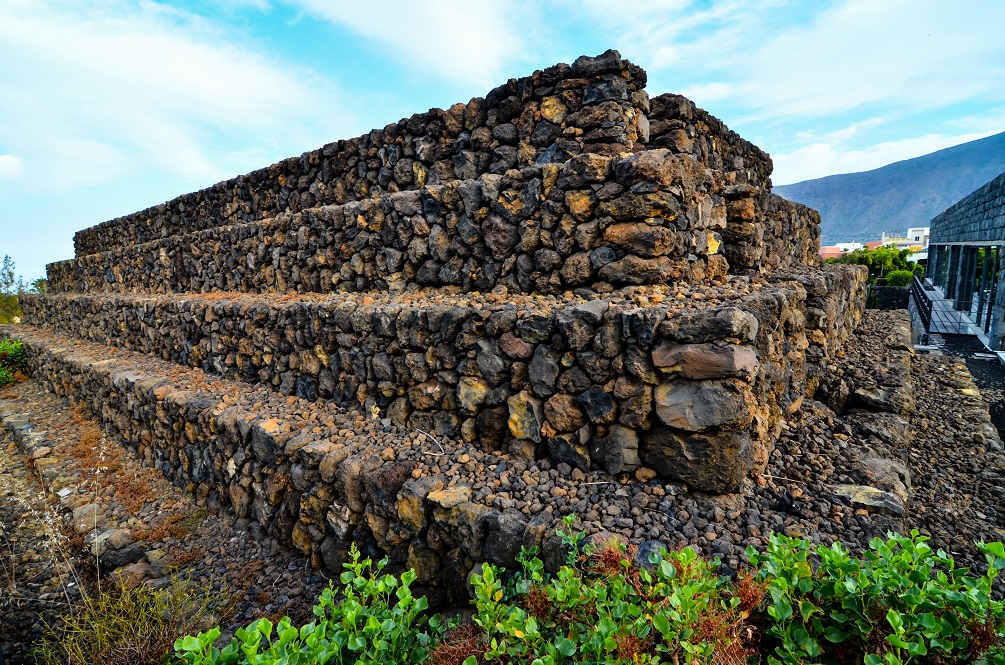 One of the Pyramids of Tenerife. Image Credit: Shutterstock

In Europe pyramids are scarce, so every time we write about a pyramidal structure in Europe we try to learn as much as we can about those structures.

While many were unaware of this fact, Spain has pyramids. However, the mystery structures scattered on a Spanish Island have not been recognized as such by the mainstream archeologists.

The Canary Islands, more specifically Tenerife, features up to 6 pyramids that according to many researchers are aligned astronomically and built, presumably, by a mysterious culture that has long since disappeared.

Explorer Thor Heyerdahl, and the Pyramids of Guimar

On the Island of Tenerife, there is a region called Guiamar the mystery pyramids are located. Today, these incredible structures are part of the Ethnographic Park which was created by explorer Thor Heyerdahl with the financial support of Fred Olsen.

Heyerdahl was the man who, after reading a newspaper report about the pyramids, moved to Tenerife to explore the Pyramids. He lived in Tenerife for the rest of his life. 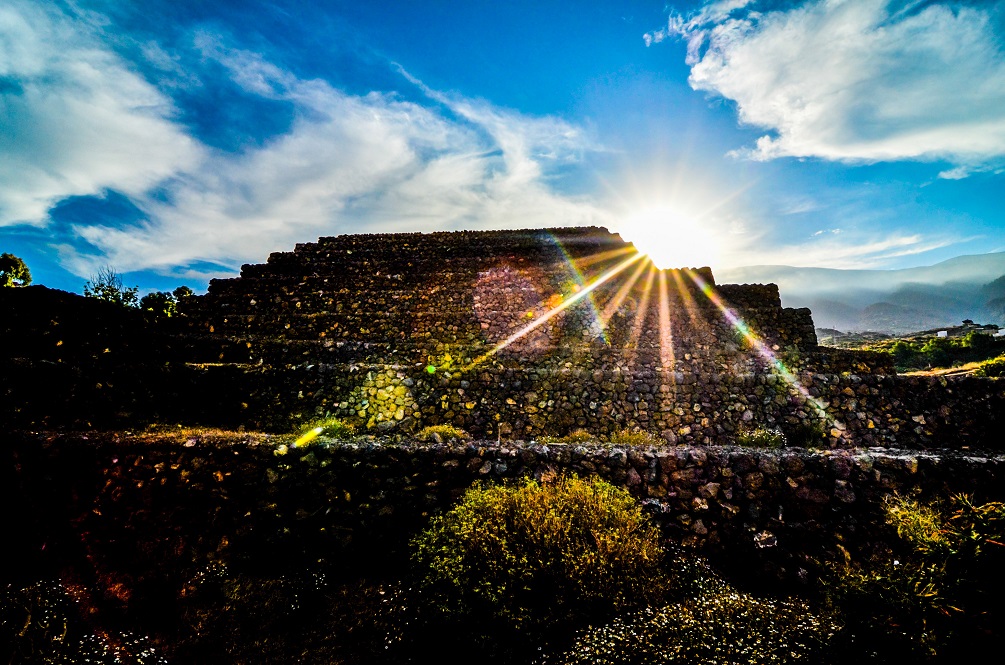 The Pyramids of Tenerife are believed to be aligned astronomically. Image Credit: Shutterstock

The Norwegian explorer drew connections between the mysterious pyramids on Tenerife, and other similar stepped pyramids he had encountered across the globe.

Heyerdahl believed that such pyramids may have been built by an ancient civilization that had the ability to perform trans-oceanic voyages, and may be the missing link between ancient Egyptian and American Pyramids.

Thorugh his research and study of the Pyramids, Heyerdahl was convinced that the so-called Guanches, inhabitants of the island of Tenerife before the Castilian conquest, may have built those Pyramids initially.

Mainstream scholars disagree, with everything

Mainstream scholars, on the other hand, disagree with the ancient Pyramid theory and say that the alleged structure arent pyramids at all, but are piles of volcanic rocks that farmers erected when preparing their land for cultivation. 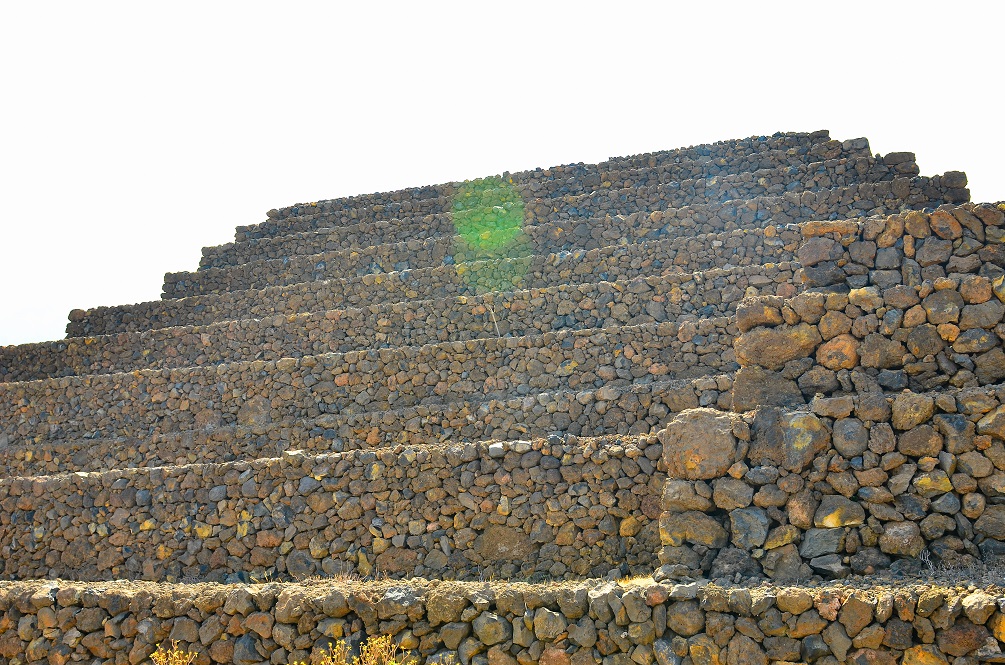 A side view of the Pyramids of Tenerife. Image Credit: Shutterstock.

According to mainstream scholars, the alleged pyramids are cultivational terraces and were built sometimes in the nineteenth century, based on ceramics discovered in the excavations carried out by archaeologists from the University of La Laguna.

One of those people was Philip Coppens, a man who visited the pyramids himself and found out that:

“On one plaza between two pyramids, archaeologists excavated into the structure, but stopped at a level they associated with the 18th century – and which was between 50 and 150 centimeters underground. From this, the mistaken conclusion was reached that they had dug down all the way to the bottom, and had realized the oldest layer was two centuries old. Nothing can be further from the truth.”

So, the question here is… why did they stop after digging only 150 centimeters? What was it that convinced them there was nothing noteworthy to be found if they had dug any deeper than that?

The idea that the structures on Tenerife are more than just cultivational terraces has long existed among researchers and authors.

Heyerdahl and his flowers believed the six majestic pyramids of Tenerife were built following an intricate pattern and alignment which was created for ceremonial purposes. 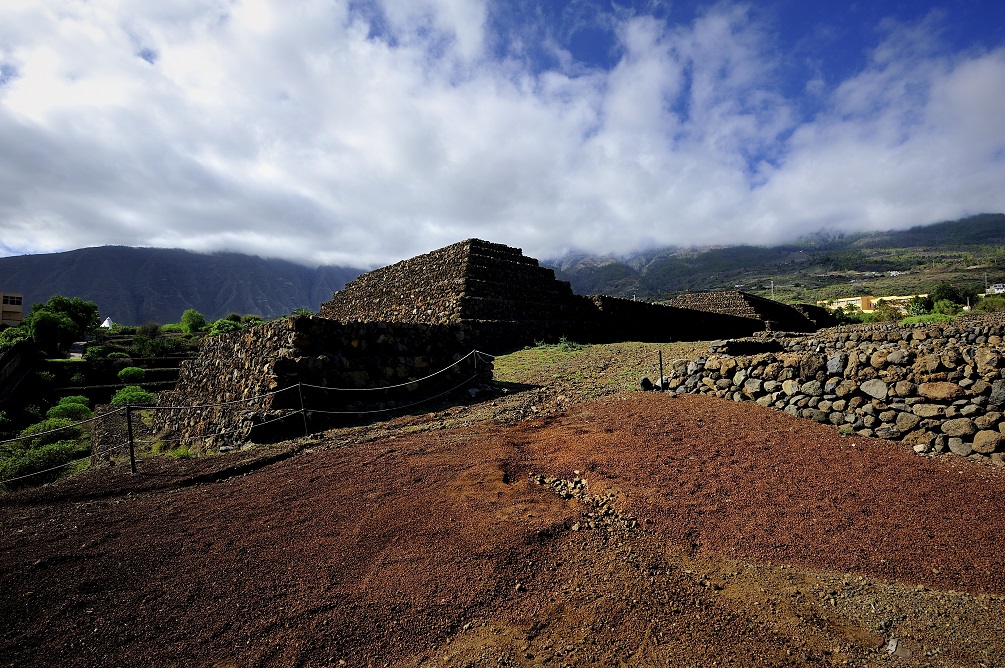 In 1991, researchers from the Canary Institute of Astrophysics Juan Antonio Belmonte Avilés, Antonio Aparicio Juan, and César Esteban López demonstrated how the longer sides of the terraces at Güímar were intricately placed in position to mark the direction winter and summer solstices.

Guanches—the builders of the Pyramids of Tenerife?

So, who built these astronomically aligned structures, if it wasn’t farmers?

According to many authors, the enigmatic structures were built by the so-called Guanches people.

The Guanches are a mystery as no one really knows how the white-skinned people came to live on islands so close to the African Continent.

Some archaeologists and anthropologists argue how the Guanche people are descendants of the Berbers from North Africa, and most likely Libya.

However, legends contradict that theory and suggest the Guanches are more than just descendants from the Berbers, and that they are the original inhabitants of Atlantis, and survived the cataclysmic events of the disappearance of the city/continent of Atlantis. The Guanches, aka Atlanteans, only survived because as Atlantis ‘Sank’, they were on the peaks of the mountains which we today refer to as the Canary Islands.

While today myths and history have merged on the Island of Tenerife, the truth is that there are many other structures on Tenerife that resemble Pyramids. The six pyramids at Guimar are just some of the many structures that we can find on Tenerife today. The Village of Santa Barabara has several other Pyramids that until this day have been ignored by experts.

What is Pirámides de Güímar?

ewao
share
Previous post NASA-funded study finds: Dozens of advanced ancient civilizations collapsed before us Next post How to Supercharge Your Dopamine Levels to Never Feel Sad, Stressed or Depressed