The Secret Life of Trees: The Astonishing Science of What Trees Feel and How They Communicate – EWAO

Have you ever wondered about the life of a tree? Do they ever feel things, have emotions, or even relationships? If you have, you’re not the only one; and trees actually do have elaborate lives.

The life of a tree might not seem like it would be very exhilarating, and it’s probably not. However, that does not change the fact that they are intellectual beings. In the modern day world, trees are mostly looked at as a form of currency because of their expandable 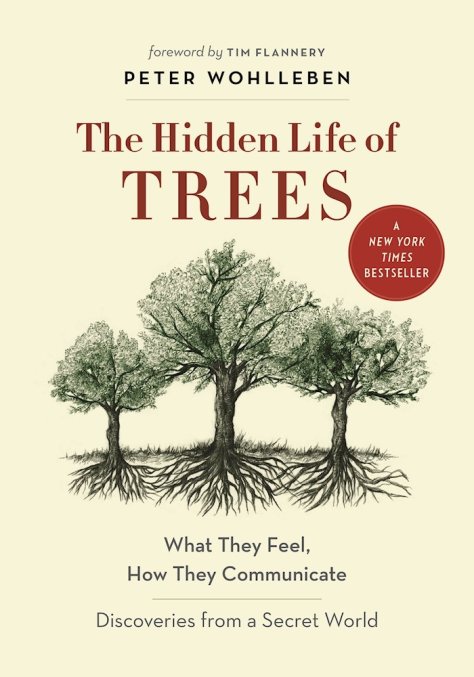 utilization. However, this is completely immoral. As the most evolved species on Earth, we should be well aware of the fact that all living things are connected, and we all need each other. I mean without trees, we wouldn’t even be here. The lives and emotions of trees have stricken interest in many people over the course of humanity. One forest expert made some amazing observations regarding the lives of trees over the years.

German forester, Peter Wohlleben explores the hidden life of trees, and how they communicate. You might just think that trees are barely living – they supply oxygen and absorb carbon dioxide, but that’s not all. Trees are actually intelligent beings with emotions, and they speak a silent sophisticated language. They communicate in forms of smell, taste, and electrical impulses. It is truly amazing how trees have adapted and become such a crucial role in the genesis of life; it’s actually sad how underappreciated our tall and lusciously green friends are.

Peter describes his experiences of managing a forest in the Eifel mountains of Germany. His journey has taught him much about trees and how he, along with other scientists, have revealed the role forests play in making our world the kind of place you’d wanna live in. Peters fascination with trees began as a child but was rekindled when he made an interesting discovery regarding an ancient tree stump.

Peter’s career began at the opposite end of caring for trees. He was a forest manager who was responsible for maximizing the output for the lumber industry. He admits that he “knew as much about the of trees as a butcher knows about the emotional life of animals.” however, his view of trees changed once he started organizing tours and survival training in the forest. He and his tourists marveled at the beauty of gigantic trees. At about the same time, scientists started studying research in his forest. Soon after, Peter no longer viewed trees as a form of currency – he saw them as the majestic, creative living creatures they are.

He says, “Life as a forester became exciting once again. Every day in the forest was a day of discovery. This led me to unusual ways of managing the forest. When you know that trees experience pain and have memories and that tree parents live together with their children, then you can no longer just chop them down and disrupt their lives with large machines.”

Peter was walking past a reserve for old beech trees in his forest when he made an interesting observation. Passing by an old patch of mossy stones, he was suddenly intrigued by them. He bent down to examine them and made an amazing observation.

“The stones were an unusual shape: they were gently curved with hollowed-out areas. Carefully, I lifted the moss on one of the stones. What I found underneath was tree bark. So, these were not stones, after all, but old wood. I was surprised at how hard the “stone” was because it usually takes only a few years for beechwood lying on the damp ground to decompose. But what surprised me most was that I couldn’t lift the wood. It was obviously attached to the ground in some way. I took out my pocketknife and carefully scraped away some of the bark until I got down to a greenish layer. Green? This color is found only in chlorophyll, which makes new leaves green; reserves of chlorophyll are also stored in the trunks of living trees. That could mean only one thing: this piece of wood was still alive! I suddenly noticed that the remaining “stones” formed a distinct pattern: they were arranged in a circle with a diameter of about 5 feet. What I had stumbled upon were the gnarled remains of an enormous ancient tree stump. All that was left were vestiges of the outermost edge. The interior had completely rotted into humus long ago — a clear indication that the tree must have been felled at least four or five hundred years earlier.”

The observation peter made changed the way he looked at trees forever. Scientists were intrigued by this also. He ponders about them in his book called the Hidden Life of trees: What they Feel, How they Communicate.” He says,

“Why are trees such social beings? Why do they share food with their own species and sometimes even go so far as to nourish their competitors? The reasons are the same as for human communities: there are advantages to working together. A tree is not a forest. On its own, a tree cannot establish a consistent local climate. It is at the mercy of wind and weather. But together, many trees create an ecosystem that moderates extremes of heat and cold, stores a great deal of water, and generates a great deal of humidity. And in this protected environment, trees can live to be very old. To get to this point, the community must remain intact no matter what. If every tree were looking out only for itself, then quite a few of them would never reach old age. Regular fatalities would result in many large gaps in the tree canopy, which would make it easier for storms to get inside the forest and uproot more trees. The heat of summer would reach the forest floor and dry it out. Every tree would suffer.

Every tree, therefore, is valuable to the community and worth keeping around for as long as possible. And that is why even sick individuals are supported and nourished until they recover. Next time, perhaps it will be the other way round, and the supporting tree might be the one in need of assistance.

A tree can be only as strong as the forest that surrounds it.”