The Vaccine That Causes Cancer

The rising popularity of the internet has brought with it a wealth of knowledge that may not otherwise have been easily available. This influx of information has opened the door for the average American to be far more educated and knowledgeable about a number of topics that had previously gone undiscussed.

Among these topics is the safety of the vaccines that we have accepted as a given part of modern medicine. 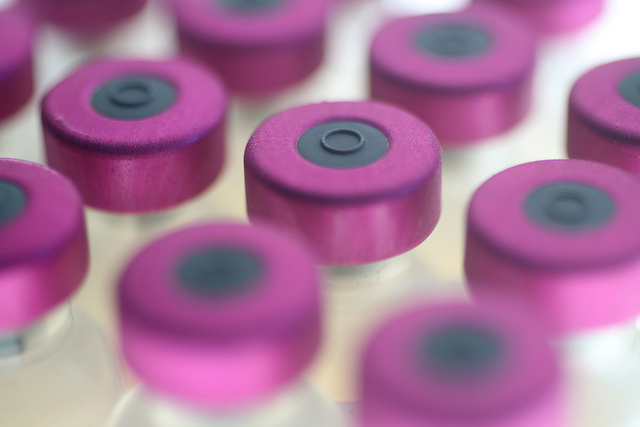 “Live virus vaccines against influenza or poliomyelitis may in each instance produce the disease it intended to prevent. The live virus against measles and mumps may produce such side effects as encephalitis (brain damage).”

While the anti-vax side of the debate has brought many different concerns to the table regarding vaccinations, the ingredients that they contain and the potentially harmful side effects, one of the most alarming is the potential for some vaccinations to increase our risk of cancer.

At this time, vaccine makers admit that they do not test the vaccines that they are putting on the market for their potential to cause cancer. Not only will they admit this fact in interviews, but they even go as far as ensuring that it is listed in the corresponding package insert. For example, here is what Merck has included in the insert for their MMR vaccine:

“M-M-R II has not been evaluated for carcinogenic or mutagenic potential, or potential to impair fertility.”

Today’s society has become increasingly aware of various cancer-causing products in our lives. From questioning the preservatives in our foods to the ingredients in our shampoos, the American consumer is actively researching the products that they are bringing into our homes. If we are going as far as reading the ingredients on our shampoo bottles, why then do we not have the same level of concern for the ingredients of the vaccines we are allowing the medical community to inject directly into our bodies?

For example, a number of vaccines including the Anthrax vaccine, DT, DTaP, HiB, HPV, Hep A, Hep B, Influenza, Meningitis, and Polio, among others, include the ingredient formaldehyde. A number of organizations, including the Environmental Protection Agency and the International Agency for Research on Cancer agree that there is sufficient evidence showing that formaldehyde has been linked to several types of cancers including Leukemia!

“Cancer was practically unknown until compulsory vaccination with cowpox vaccine began to be introduced. I have had to deal with two hundred cases of cancer, and I never saw a case of cancer in an unvaccinated person.”

Additional ingredients of concern include the SV40 virus, mercury (thimerosal) and aluminum, all of which can remain dormant within the body for years before they activate, causing any number of life-threatening diseases. It is shocking that there isn’t more research being made public in which the scientific community attempts to better understand the potential risks!

“The only safe vaccine is one that is never used.”

The frightening reality is that vaccines provide drug companies with a significant amount of profit. Furthermore, there is less accountability for those companies that are marketing higher risk products as the U.S. has exempted lawsuits brought against pharmaceutical companies in the event that adverse reactions to their vaccines are being experienced. Unfortunately, these types of reactions are extremely common.

It is important that as educated consumers, we continue to push for answers to the many questions that still remain unanswered. While the vaccine manufacturers would love for these concerns to be swept under the rug, we, as a population, deserve much better. It is imperative that legislation is brought forward requiring proper research and assessment of these chemicals as well as full disclosure to the American public.