These 12,000 Year Old Massive Underground Tunnels Stretch from Scotland to Turkey (Over 2700 Miles)

Evidently, even thousands of years ago human beings were connected with individuals from far away regions on Earth; thousands of tunnels have been uncovered that span from North Scotland to the Mediterranean. Their specific or primary purposes are still unknown, but many believe that the 12,000 year old network was constructed as a means of escaping predators and staying protected from predators. However, in the book Secrets Of The Underground Door To An Ancient World (German title: Tore zur Unterwelt), archaeologist Dr. Heinrich Kush reveals that massive tunnels have been uncovered in Europe under dozens of Neolithic settlements. If fact, these networks have even been described as ancient highways.

Indeed, Dr. Kusch proclaims that “there were thousands of them. In Germany we have discovered hundreds of meters of underground tunnels. In Austria we have found hundreds more. These underground tunnels can be found everywhere across Europe and there are thousands of them.” Some tunnels have even been found with hidden chambers and storage areas, and they all reveal that the ancients had the tools and know-how to construct complex structures; the Pyramids of Bosnia also support these findings (they have tunnels that span kilometers as well).

Furthermore, Dr. Kusch argues that “Across Europe there were thousands of these tunnels—from the north in Scotland down to the Mediterranean. They are interspersed with nooks, at some places it’s larger and there is seating, or storage chambers and rooms. They do not all link up but taken together it is a massive underground network.” There are several other fine examples which support the recent discoveries; Cappadocia in Turkey features the underground city of Derinkuyu, which is one of the greatest accomplishments in the history of known underground constructions. More specifically, the stone from Derinkuyu is quite soft, so it would have required even more skill to work and build with. 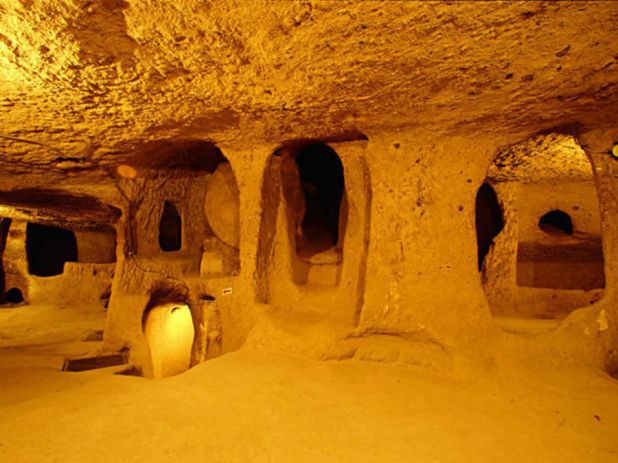 Moreover, ancient monuments such as Gobekli Tepe also demonstrate high degrees of ancient skill and know-how. As per Dr. Kusch, chapels were built at entrances to tunnels because the Church was afraid of their history and presence—and because they wanted to keep the existence of the tunnels secret. In fact, some tunnels even harbour writings and etchings which refer to these tunnels as gateways to underworlds.