New studies show that your manicure may be responsible for exposing you to a list of toxins. Unknown to many, including those who work in the industry, it is important to educate ourselves on these risks!

While nail products are regulated by the Food and Drug Administration, it is not at the pre-market stages. This means that the FDA can enforce the laws against companies that violate them, however they do not have to approve the formulas for these products before they find themselves on the store shelves. While they do acknowledge the presence of harmful ingredients in nail polish, the FDA states that they are safe when used as directed (painted onto your nails, not ingested). 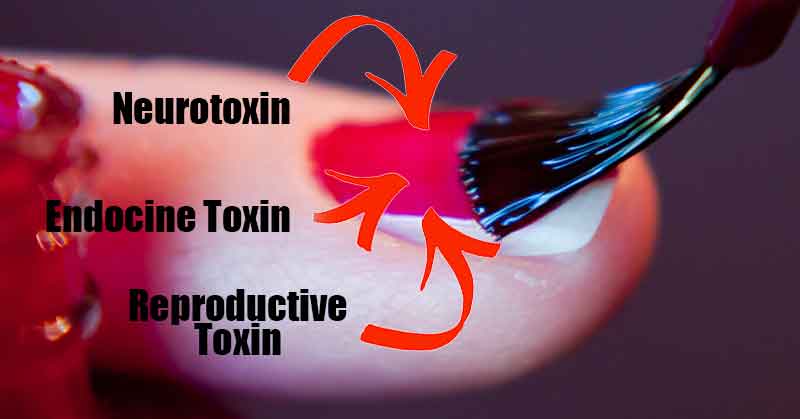 In May 2011, a group of scientists from the Pollution Prevention Branch of the Department of Toxic Substances Control for the California Environmental Protection Agency conducted a study into the ingredients found in products from 25 different distributors. These products were sent to an independent lab, focusing on the potential presence of 3 specific chemicals – formaldehyde, dibutyl phthalate and toluene. Some of these products included labels stating that they were free of the atleast one of the three listed chemicals, while others made no such claim.

“The bottom-line finding is we can’t trust the labels on some of these nail salon products that are claiming to be free of these toxic chemicals,” stated Rebecca Sutton, PhD, a senior scientist with the Environmental Working Group who reviewed the report. “These chemicals have well-established health concerns. Obviously, there is greater danger for workers, who are exposed so much longer, day in and day out. However, this is not a minor concern for consumers.”

Another recent study focused on the health of women who are using these products. The study focused on blood tests of 24 participants, looking for evidence of toxins within their body. Just 10 hours following their manicure, 100% of the women showed signs of triphenyl phosphate. In a follow-up study, focusing on the presence of triphenyl phosphate, researchers analyzed 10 different nail polishes. The chemical was found in 8 of the 10 products, 2 of which did not disclose the chemical on their product label.

Be Aware of These 6 Chemicals 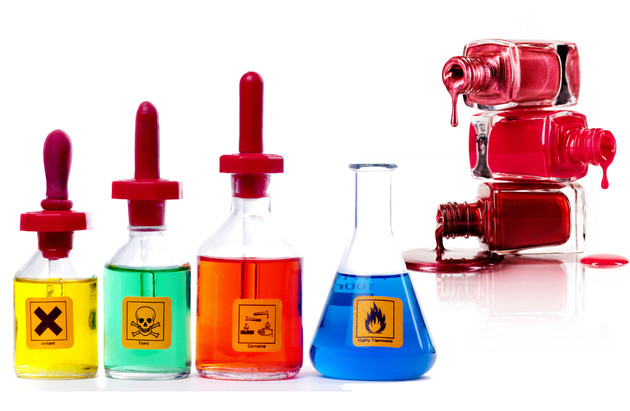 Triphenyl Phosphate has been found to disrupt the human endocrine system, which is the bodily system that controls all our hormones. This chemical is particularly harmful to younger users, who are still in the hormonal development phase. It has also been found to be a neurotoxin, skin irritant, reproductive toxin and allergen.

Nail polishes include dibutyl phthalate to minimize chipping. Much like triphenyl phosphate, this chemical has been found to pose dangers both in hormonal disruption and reproductive system toxins. The state of California has classified this chemical as a reproductive and hormonal toxicant, however this has not been recognized by the federal government.

The chemical responsible for providing the glossy, shiny appearance of nail polishes, camphor has recently been found to trigger skin irritation and allergic reactions. Inhaling its fumes has also been known to cause headaches, dizziness and nausea. It is currently being phased out in the European markets, however I limited to a concentration of 11% in the US.

Formaldehyde can dissolve in water and air, and is responsible for the smell that comes with the use of nail polish products. It has long been recognized as a carcinogen. Exposure to formaldehyde can cause asthma, scratchy throat and difficulty breathing. Formaldehyde is used to both strengthen and harden nail polishes.

Toluene has been found to impede development in children. Even more frightening, some scientists have been able to identify traces of it in breast milk! It is also a known skin irritant. Used to create a smooth application and finish, its fumes have been found to decrease brain function, impair breathing, cause nausea and promote hearing loss. 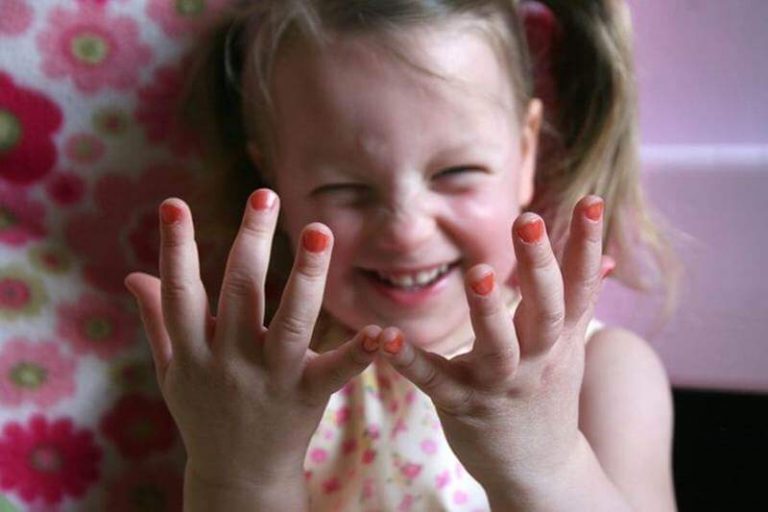 While many companies are responsible for including some, if not all, of the above chemicals, there are companies that are putting your health first.

Here is a list of nail polish brands that you can enjoy without the heightened risks of cancer, hormone disruption and allergies: