Archaeologists from the universities of Leicester and Cambridge, the British Museum and the Center for Advanced Studies of Puerto Rico have discovered the world’s largest concentration of Taino art located on the small and remote uninhabited island of Mona, halfway between Puerto Rico and the Dominican Republic.

At the moment, thousands of ‘Taíno’ paintings and drawings with heads of animals and human faces have been found, often hybrids, mixed and interlaced with abstract geometric and curvilinear patterns unknown to date.

Only 30 of the more than a hundred caves on the island have been explored, so it is likely that more paintings will be discovered. 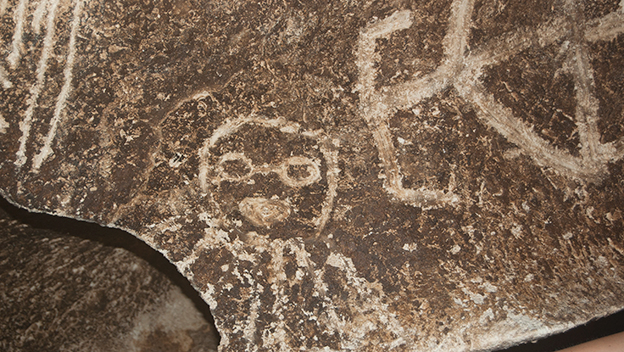 Stylized faces are a common feature of the iconography with certain forms like this one repeated consistently in different cave systems. Image Credit: British Museum.

Most of the artistic representations found so far date back to the 14th and 15th centuries say, archaeologists.

The research has uncovered techniques used in the creation of the cave paintings, such as the use of bat or guano excrement

“The paintings were made with bat excrement which had over many decades absorbed naturally-occurring yellow, brown and red minerals from the cave floors. Sometimes plant resin was added to help the bat excrement (guano) paint adhere to the walls of the caves. Other images were created merely through the use of charcoal crayons,” researchers write in a paper titled ‘Artists before Columbus: A multi-method characterization of the materials and practices of Caribbean cave art.’ 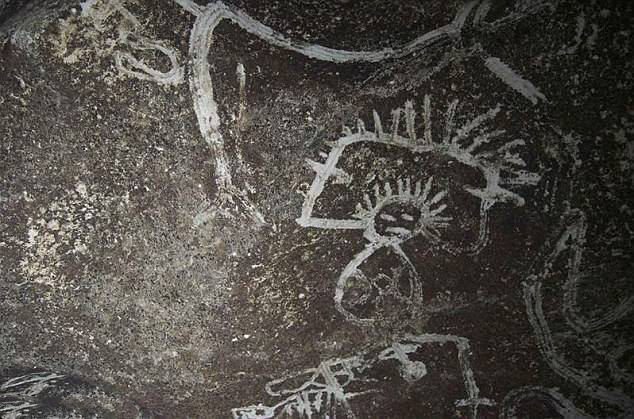 In this image, the artist uses the contrast between the darker cave wall and the white design. Image Credit: JAS Press.

Sometimes the ancient artists would add vegetable resin so that the paint adhered to the walls of the cave. The technique was simple but effective, since these drawings have remained in the caves for more than 500 years.

The caves played a fundamental role in religion and Taino society.

According to Taino mythology, caves were considered the origin of the first humans, as well as the moon and the sun.

In addition, caves were often used as burial grounds, and were seen as spaces where ancestral spirits and deities could communicate with the living.

It is believed that the repercussion of this culture surpassed the coasts of the island and that it had a religious, ceremonial and ritual importance for the civilizations of the central Caribbean, especially in what is now Puerto Rico and the Dominican Republic.

Interestingly, there is pre-Columbian archaeological evidence that links it culturally to both places.

In addition, the names of many towns and cities in the Caribbean originated in this culture.

The name of the Caribbean region is also of Taino origin. 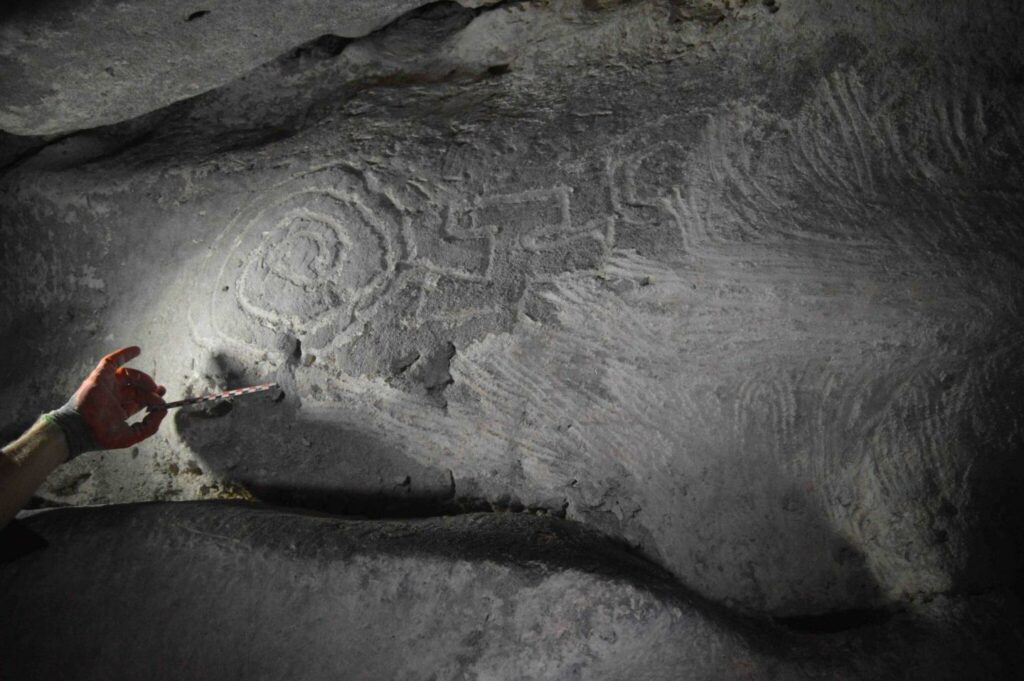 A Spanish observer of the early sixteenth century described Taino ceremonies in which the participants went into a trance thanks to the consumption of seeds from special plants.

During these hallucinogenic processes, Taíno shamans sought to communicate with the ancestors and deities of their community.

It is, therefore, possible that Mona’s rock art was fostered by ancient hallucinogenic drugs.

This archaeological work is of great importance, not only to show the world, in general, the remarkable artistic representations of a lost culture but also to help the descendants of the Taínos to better understand their origins.

“For the millions of indigenous people who lived in the Caribbean before the European arrival, the caves represented spiritual portals and, therefore, these new discoveries capture the essence of their belief systems and the pillars of their cultural identity,” says Jago Cooper, an archaeologist of the British Museum.

Source: Artists before Columbus: A multi-method characterization of the materials and practices of Caribbean cave art

ewao
share
Previous post Do You Feel Protected? The 9 Most Common Times a Spirit or Guardian Angel Will Visit You Next post How One Woman Cured Her Autoimmune Disease With Natural Remedies