For the first time in history, scientists have detected large quantities of methanol molecules from ground-based observatories around Saturn’s moon Enceladus, a discovery that has significant implications for the search for alien life.

A mysterious ‘methanol’ burp has been spotted by experts around Enceladus, one of Saturn’s moons leaving experts baffled and deepening the mystery surrounding one of the most likely places where Alien life may exist in our solar system.

Enceladus within the E-ring in orbit around Saturn. Credit: NASA

A team of astronomers has unexpectedly detected the organic molecule methanol around it in a groundbreaking new study.

According to experts, the discovery could indicate that the material from Enceladus was vented into outer space in a complex chemical journey.

Astronomers from Cardiff University used a ground-based telescope that allowed them to find—unexpectadly—huge amounts of methanol in Saturn’s second outermost ring—E Ring.

After spotting the molecule, astronomers traced it back to Enceladus which happens to sit inside Saturn’s E Ring. Coincidence? I think not.

“Recent discoveries that icy moons in our outer Solar System could host oceans of liquid water and ingredients for life have sparked exciting possibilities for their habitability,” Emily Drabek-Maunder of Cardiff University, who presented the findings on July 4th at the National Astronomy Meeting, said in a statement.

“But in this case, our findings suggest that that methanol is being created by further chemical reactions once the plume is ejected into space, making it unlikely it is an indication for life on Enceladus.” 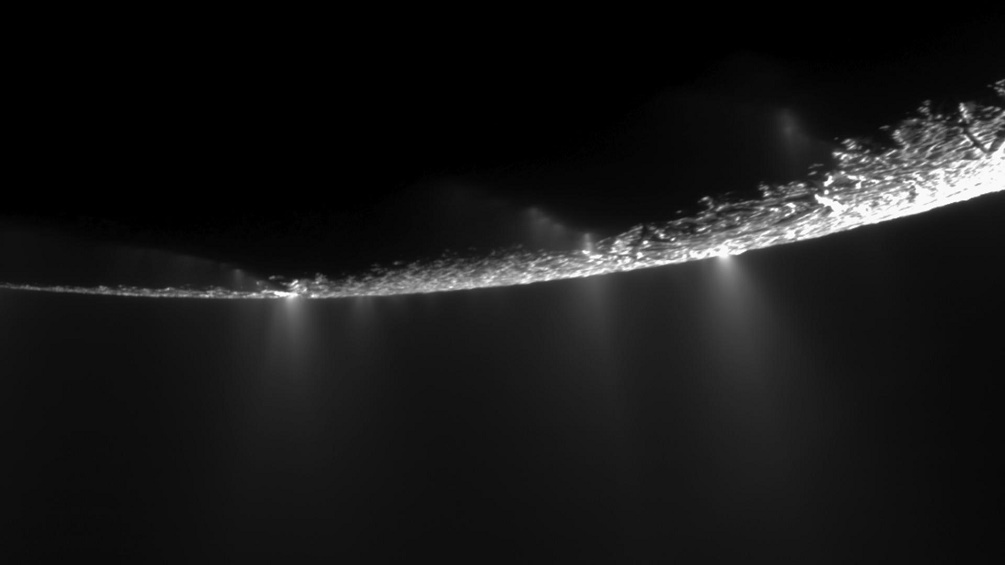 It is noteworthy to mention that NASA’s Cassini spacecraft has previously detected molecules like methanol in Enceladus’ icy plumes, but this is the first time a ground-based telescope has observed the molecule, reason why experts were surprised.

“This observation was very surprising since it was not the main molecule we were originally looking for in Enceladus’s plumes,” says Greaves.

Experts say that there are two possible origins for the molecule: It either got there after Saturn’s magnetic field trapped the cloud of gas expelled from Enceladus, or the Gas spread out further out into Saturn’s E-Ring than scientists thought was possible.

“To interpret our results, we needed the wealth of information Cassini gave us about Enceladus‘s environment. This study suggests a degree of caution needs to be taken when reporting on the presence of molecules that could be interpreted as evidence for life.”

Later this year the Cassini spacecraft will plunge towards Saturn’s surface—ending a historic journey which began in 1997 when the spacecraft was launched.

The Spacecraft—which has helped us understand our solar system through its ten-year journey will burn off in Saturn’s atmosphere in order to avoid risking contaminating or damaging the planet’s moons which may yet be explored for signs of alien life.