According to scientists, our plant has undergone FIVE major extinction events and of all the species that have ever lived, more than 99% are now extinct. Scientists now warn that Earth is undergoing a SIXT major extinction and our species could soon disappear if we don’t do something about it. 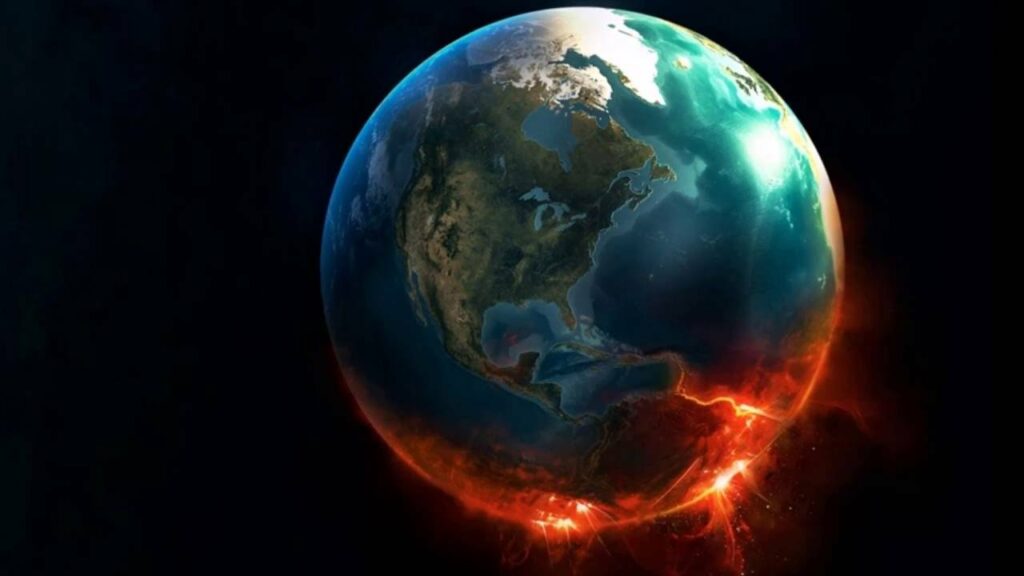 In fact, according to an article by the Conversation, “Of all the species that have ever lived, more than 99% are now extinct. Most of them quietly disappeared during periods of “background extinction”, whereby a handful of species become extinct every 100,000 years or so.”

Mass extinctions on Earth has greatly influenced the development of life on Earth, and scientists are worried that right now we are in the midst of another one.

How will the human race react?

In the past, when Mass extinctions took pace, a large number of species disappeared from the surface of the planet. Originally, scientists believe that at least FIVE mass extinctions occurred on Earth, with the most famous of them being the one that caused the extinction of dinosaurs on Earth.

According to scientists, the dinosaur extinction event was triggered by an asteroid or comet during the end of the Cretaceous period. However, experts believe that the other four mass extinctions were triggered by events directly related to our planet, and not from outer space.

According to experts, there is evidence which suggests that all stars in the universe are born in pairs. For decades, scientists theorized that our sun has an ‘evil’ twin called NEMESIS—a dwarf star responsible for hurling objects from the outer solar system towards our planet. In fact, astronomers believe that NEMESIS may even have been responsible for mass extinctions that have rocked Earth for millions of years.

The Late Ordovician mass extinction event. Some 445m years ago two major waves of extinctions occurred believed to have been triggered by climate change, associated with the advance and retreat of ice sheets in the southern hemisphere of our planet.

This mass extinction event caused the disappearance of around 57% of marine genera.

According to scientists, this extinction event was heavily linked to climate change and was most likely triggered by an eruption of the volcanic Viluy Traps area in modern-day Siberia. The eruption caused rapid fluctuations in sea levels and greatly reduced oxygen levels I the oceans.

The Middle and Late Permian mass extinction events. According to scientists, this mass extinction occurred some 226 Million years ago. The event coincides with the Emeishan eruption in modern day China. The eruption is believed to have caused simultaneous extinctions in the tropics and higher latitudes. According to scientists, more than 80% of species on our planet disappeared, among them brachiopods and single-celled benthic foraminifera. The Late Permian Extinction event which occurred around 252 million years ago, was the greatest of them all since it caused about 96% of species becoming extinct. This extinction event caused trilobites, corals, and whole branches of species of terrestrial animals to disappear.

This extinction event is believed to have been triggered by a major eruption of the Siberian Traps—a supermassive and prolonged volcanic even that engulfed most of modern-day Siberia. This extinction event was truly disastrous. A greenhouse effect took over the atmosphere of our planet. Our planet’s ozone layer was also partially destroyed and lethal levels of UV radiation reached our planet’s surface. It took nearly 10 million years for our planet to recover. However, the planet couldn’t recover fully meaning that intermittent bursts of heightened extinction. Followed in the next couple of million years inside the late Triassic period.

The Late Triassic extinction. This extinction event is believed to have taken place some 201 million years ago. It was triggered by another large-scale eruption in the Central Atlantic Magmatic Province, causing the supercontinent Pangea to split, and creating the opening of what would later become the Atlantic Ocean. Numerous cataclysmic environmental effects followed. Events that occurred during this period led to the demise of the eel-like conodonts, as well as the largest known extinction of scleractinian corals. This extinction event also caused the disappearance of a significant proportion of terrestrial reptiles and amphibians, paving the way for the diversification of the dinosaurs in the Jurassic period.

The Late Cretaceous extinction event occurred some 66 million years ago and caused the disappearance of around 76% of all living species on Earth. During this period Dinosaurs ruled the land and the oceans belonged to the Ammonites. However, volcanic activity and climate change caused great troubles for the Ammonites, and the dinosaur-killing asteroid that struck our planet spelled doom for them. After these catastrophic events, only a few dwindling species of ammonites survived.

So what is going on now, are we going through a mass extinction event?

According to experts, the destruction of natural environments, and climate change triggered by rising carbon dioxide levels have kicked off extinction rates to levels eerily similar to mass extinction events on Earth hundreds of millions of years ago.

Most of the mass extinctions that happened on Earth in the distant past were greatly connected to extreme levels of carbon dioxide originating from volcanoes which eventually caused global warming, leading towards numerous environmental catastrophes.

66 million years after the latest great extinction vent on Earth, the cause may be different but experts are worried that the results will be the same.

As noted by the Conversation, current extinction rates are 50 times higher than expected background rates, suggesting that another mass extinction event is underway. But mass extinctions are also about magnitude: if we could travel millions of years into the future and examine rocks preserving today’s ecosystems, I’d wager we’d see little evidence of a major extinction event. If we can stop the biodiversity decline in the near future, we may yet escape mass extinction. But 100 or 1,000 years more of human-caused stress on the biosphere will likely tip us over the edge into oblivion.