You Don’t Live in The Present Moment. Here’s The Proof If you ask the Salk Institute, you aren’t living in the present moment. You are always experiencing reality at least 80 milliseconds behind actual reality.

What you think you are seeing is influenced by the future. The human brain constructs reality after-the-fact, a term called post-diction. Others call this memory-revision, or re-entry. This also means that your brain makes a decision about something before you’ve even consciously realized it.

Some even suggest that those with a highly developed state of consciousness simply eliminate the 80-millisecond drag, and can sense future events in the now, because they’ve overcome this delay. This ability empowers them with psychic visions, out-of-body awareness, and a general capacity to understand things from an entirely different perspective.

If it doesn’t seem much could happen within an 80-millisecond time-span consider this:

It also seems our brains only store a smattering of information, and not everything that happens in any given moment, so our perception is always partly tainted. Our brains make memories of things which are not fully correct, yet we cling to them as if they are the Holy Grail. 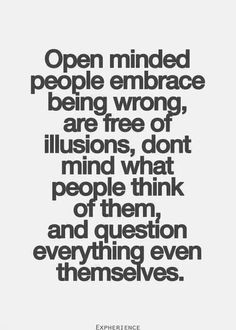 So, now matter how “right” you think you are, you are undoubtedly, profoundly wrong. Perhaps we can all remember this the next time new evidence presents itself for our review. Our perceptions can change, and we can see anew.