Voice Within – Talking to Yourself 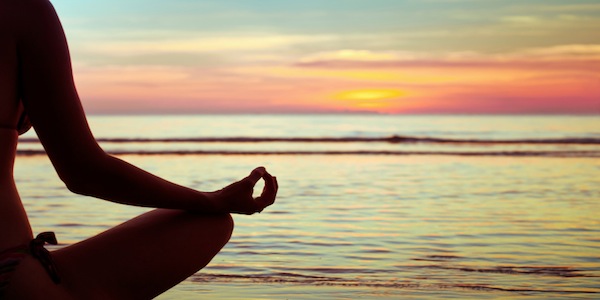 IT CAN happen anywhere. I can be driving, walking by the river or sitting quietly in front of a blank screen. Sometimes suddenly, sometimes gradually and imperceptibly, I become conscious of words that no one else can hear, telling me things, guiding me, evaluating my actions. I am doing something perfectly ordinary – I am thinking– and it takes the form of a voice in my head.

If you ask people to reflect on their own stream of consciousness, they often describe experiences like this. Usually termed inner speech, it is also referred to as the inner voice, internal monologue or dialogue, or verbal thought. But although philosophers have long been interested in the relationship between language and thought, many believed that inner speech lay outside the realms of science. That is now changing, with new experimental designs for encouraging it, interfering with it and neuroimaging it. We are beginning to understand how the experience is created in the brain; its subjective qualities – essentially, what the words “sound” like; and its role in processes such as self-control and self-awareness. The voice in our head is finally revealing its secrets, and it is just as powerful as you might have imagined.

Much of modern research has been inspired by the long-neglected theories of L. S. Vygotsky, a Russian psychologist whose career unfolded in the early days of the Soviet Union. Vygotsky only studied psychology for about 10 years before his untimely death from tuberculosis in his late thirties – a fact that has led some to call him “the Mozart of psychology”. Starting with observations of children talking to themselves while playing, Vygotsky hypothesised that this “private speech” develops out of social dialogue with parents and caregivers. Over time, these private mutterings become further internalised to form inner speech.

If Vygotsky was right, inner speech should have some very special properties. Because it develops from social interactions, it should take on some of the qualities of a dialogue, an exchange between different points of view. Vygotsky also proposed that inner speech undergoes some important transformations as it becomes internalised, such as becoming abbreviated or condensed relative to external speech. For instance, when hearing a loud metallic sound outside at night and realising that the cat is to blame, you probably wouldn’t say to yourself, “The cat has knocked the dustbin over.” Instead, you might just say, “The cat,” since that utterance contains all the information you need to express to yourself.

Partly because Vygotsky’s work was suppressed by the Soviet authorities, it was a long time before his ideas became well known in the West, and even longer before researchers tested whether people actually report these qualities in their inner speech. In the first such study, conducted in 2011 at Durham University, UK, my colleague Simon McCarthy-Jones and I found that 60 per cent of people report that their inner speech has the to-and-fro quality of a conversation.

So-called “self-report” methods have their limitations, not least that people are being asked to comment retrospectively on their inner experience. Another method, offering a richer picture of people’s thoughts during a particular time period, was developed by psychologist Russell Hurlburt at the University of Nevada, Las Vegas. It involves participants being trained to give very detailed descriptions of their own inner experience in response to random cues from a beeper. Such studies have shown that people often report a train of thought unfolding more quickly than circumstances ought to have allowed, and yet not seeming rushed, which could be taken as evidence for the compression of sentences that Vygotsky postulated.

Vygotsky’s theory also suggests some possibilities about the way inner speech is created in the brain. If it is derived from external speech, as he proposed, both might be expected to activate the same neural networks. Sure enough, long after his death, fMRI studies have linked inner speech to the left inferior frontal gyrus, including a region called Broca’s area, which is known to be important for speech production.