Low-Level lasers, cold laser therapy or light-emitting diodes have been used now for decades to enhance healing and function at the cellular level. The beauty is that very low cost lasers pointers in electronic stores can work as effectively as units worth thousands. With a targeted and specific wavelength lasers will work better than most medications to reduce pain, ease tension in muscles, increase mobility in joints, and even heal wounds. 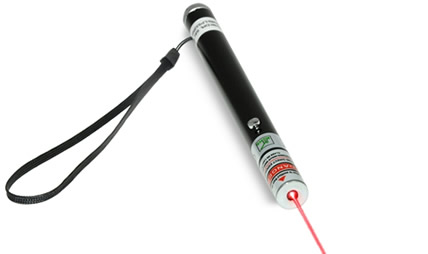 A 5mW 635nm laser (above) available at many electronic stores has more than sufficient power to stimulate and initiate healing at the cellular level.

In the words of dermatologic researcher Dr. Andrzej Slominski, “life on earth since inception has depended on a constant source of energy from the burning gases of our sun.” There is an ancient relationship between the visible and near visible spectrum of electromagnetic radiation and the biomolecules of life.

Laser therapies are medical treatments that use focused light. Unlike most light sources, it is tuned to very specific wavelengths. It is a non-toxic and non-invasive therapy that uses this light energy to repair and regenerate cells in the body. It has been proven to reduce and even eliminate the need for medication, improve the outcomes for conditions treated, and increase the recover rates of affected tissues.

When placed in contact with the skin the laser enhances the body’s natural healing process. Laser Therapy is widely used in the medical and cosmetic fields. It is non-destructive to the injured tissue and promotes many positive functions such as collagen formation, cellular metabolism, angiogenesis, lymphatic flow, and energy production.

LASERS (Light Amplification by Stimulated Emission of Radiation) are intended to emit energy in the infrared spectrum to provide topical and deep heating for the purpose of elevating tissue temperature. The mechanism of action for infrared lasers and light units is thermal and mechanical, and healing comes about as a byproduct of the stimulation not as a direct mechanism of the therapy.

Low light laser therapy (LLLT) is effective in relieving short-term pain for rheumatoid arthritis, osteoarthritis, acute and chronic neck pain, tendinopathy, and possibly chronic joint disorders. The evidence for LLLT being useful in the treatment of low back pain, dentistry and wound healing is equivocal.

Lasers are very complex in their actions because they are designed to stimulate the physiology of the body through a mechanism called biomodulation or photobiomodulation.

These principles of light or energy medicine originated in the quantum physics of Einstein himself. He first introduced the concept of the LASER. He also stated that every living cell emits radiation called the “photon emission of living cells”, or what we commonly refer to as the aura.

Writing in the journal of Photomedicine and Laser Surgery Joseph Tafur MD and Paul J. Mills, Ph.D. stated that the mechanism may be related to stimulation of mitochondrion to increase the production of ATP (adenosine triphosphate) resulting in an increase in reactive oxygen species, which influences redox signalling, affecting intracellular homeostasis or the proliferation of cells.

“Low-intensity light research has revealed that specific wavelengths of light in the visible and near visible spectrum (at the correct dose, intensity, and pulse frequency) can induce a variety of cellular effects in some nonphotosynthetic cells,” they stated.

Dr. Cezary Peszynski-Drews, director of the Laser Diagnostics and Therapy Center of the Technical University of Lodz, Poland, says LLLT therapy has done wonders for MS patients. “Our results from the use of laser therapy on multiple sclerosis cases shows that laser biostimulation is a successful and effective method by which to treat patients,” he stated.

Dr. Peszynski-Drews, also noted, “While it does not prevent multiple sclerosis, it makes patients significantly stronger, even in the most advanced stages of the disease. After treatment patients are able to move around on their own, walk short distances, and make their own breakfast. They are not totally dependent on someone else to help them and this in itself is a personal success.” 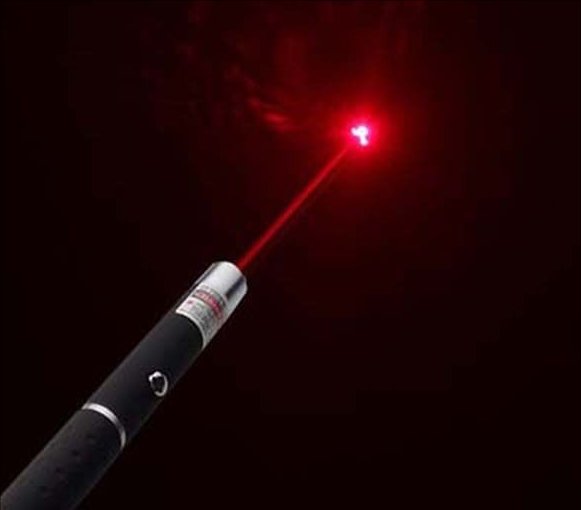 Some of the benefits include:

The non-thermal photons of light that are emitted from lasers pass through the skins layers (the dermis, epidermis, and the subcutaneous tissue or tissue fat under the skin) and can influence cellular recovery at a phenomenal rate.

In fact, most studies show that LLLT can stimulate healing faster and more effectively than many medications either ingested or used topically. The reasons are primarily due to the inability of medications to affect the brain’s Neuroplasticity in the treatment of chronic conditions. One of the most profound physiological effects of low level therapeutic lasers is the effect of Neuroplasticity. Neuroplasticity represents the brain’s ability to reorganize itself by forming new neural connections throughout life. Neuroplasticity provides a way for nerve cells (neurons) in the brain to respond and compensate for injury and disease and adjust neuronal activity in response to a new situation or to changes in the environment.

Many studies have validated the incredible success of LLLT in wound healing, joint disorders, thyroid, bone repair and many other conditons.

Silva Junior A, Pinheiro A, Oliveira M et al. in the Journal of clinical laser medicine & surgery (2002) evaluated morphometrically the amount of newly formed bone after laser irradiation of surgical wounds created in the femur of rats. Computerised morphometry showed a significant difference between the areas of mineralised bone in laser and non-laser treated groups indicating that LLLT increased bone repair at early bone healing.

In Laser Med Surg Abstract issue 2002, Sanseverino N T M, Sanseverino C A M, Ribeiro M S et al. demonstrated that in people with temporomandibular disorders, and an evaluation of subjective pain assessment and measurement of the movements of the jaw, there was a significant improvement in the laser group only.

The Mechanism of Action For 635nm Light

Once the light energy passes through the layers of skin and reaches the target area, it is absorbed and interacts with the light sensitive elements in the cell. This process can be compared to photosynthesis in plants – sunlight is absorbed by plants, which is then converted to usable energy so that the plant can grow.

When cells absorb light energy, it initiates a series of events in the cell that is theorized to eventually result in normalizing damaged or injured tissue, a reduction in pain, inflammation, edema and an overall reduction in healing time by increasing intracellular metabolism.

There are three specific and unique methods the 635nm wavelength lasers:

1. Within the cell, the signal is transduced and amplified by a photon acceptor (chromophore). When a chromophore first absorbs light, electronically excited states are stimulated, primary molecular processes are initiated which lead to measurable biological effects. These photobiological effects are mediated through a secondary biochemical reaction, photosignal transduction cascade, or intracellular signaling which amplifies the biological response.

2. The ionizing effects of LLLT allow photon acceptors to accept an electron. This turns on the oxidation-reduction cycle of the stimulated chromophores such as Cytochrome oxidase, hemoglobin, melanin, and serotonin. Changing the re-dox state of the chromophore changes the biological activity of that chromophore e.g., hemoglobin changes its oxygen carrying capacity. This has the potential to triple the oxygen carrying capacity of blood instantly.

Low Level Therapeutic Lasers (LLLT) can be recognized by the following characteristics:

In the product description the wavelength of the light will be in the visible red range, 630nm (for HeNe tube lasers) and 635nm (for semiconductor laser diodes).
In the product description the total power output will be less than 5mW per laser.
The housing that contains the lasers can be held at a comfortable distance from the wound or tissue being treated.
The therapy can be administered through natural fiber cloths so that the patient seldom has to disrobe.
Eye protection is not necessary for the patient or the doctor; although directing any LLLT unit at the eyes can be dangerous.
The proper treatment will be based on the frequency utilized and the Jules of energy are never mentioned.
Photobiomodulation and biological amplification is promoted, the word “penetration” will never be found.
Low power and no heat will be promoted, High power of any kind should not be seen.
635nm energy is visible so you always know if the unit is on and where it is pointed.
The laser can have a pulse frequency setting and they will be documented as accurate and with a broad range.