Why We Are Often Attracted To The Wrong People 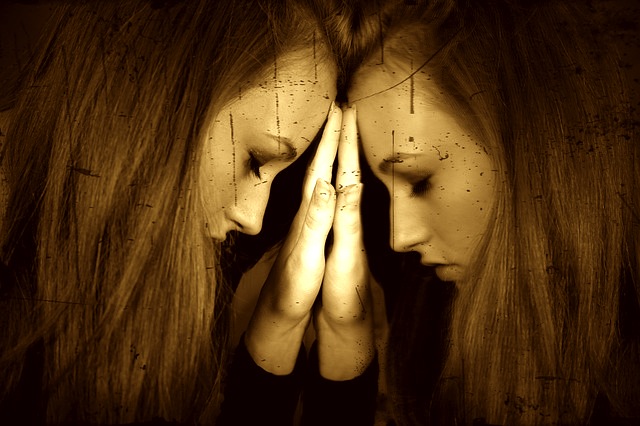 What attracts us to people we know will inevitability hurt us? If you were to consider that fact that the current divorce rate in America is more than 50%, it’s clear that women and men are frustrated with the opposite gender. This trend is pushing people into re-arranging their priorities thus remaining single for longer and delaying marriage. In simple terms, both men and women are playing it safe opting to stay safe and single rather than trapped and sorry. Even though many men wonder why women are attracted to bad boys, the ladies cannot understand why it is that there’s simply not enough nice guys to go around.

It’s the women who hold the reputation over men for dating bad boys and playing with fire, although men really are equally to blame for dating bitchy girls. Why is it that loads of guys who are dating beautiful, thoughtful and sweet girls continue to cheat and walk all over their girlfriends?

Attraction is without doubt where it all starts, without attraction, there’s nothing. Without meaning to offend any of our readers, I’m compelled to share my true feelings as a way to cut straight to the reality for which this article is based on: “Nice people usually are not that attractive….”

Attraction is far more about looking good. Attraction is a combination of many things, first and foremost, confidence is the one element that typifies attraction. That being said, nine times out of ten it’s the cocky and arrogant types that ooze confident and sex appeal, and unfortunately, nice people simply do not fit this mold!

Ever noticed how all the hot guys and girls at school turned out to be just average later in life? It’s because these people cruised through their teens not having to bother about seeking attention. When these ‘once popular’ types venture into the real world, the dating game is completely different: It’s attitude and charisma that matters, that’s what gets attention in the real world!

Certainly there are plenty of good-looking, sweet and intelligent men and women out there however these types often get labeled as “complete packages” thus they are too good to be true or even fake. It’s human instinct to become insecure and threatened when someone of either the opposite or same sex appears to “have it all” It’s also human nature to need to find flaws in these “perfect packages” as a means to feel good about our own-selves.

Single people often find it necessary to question the reasons as to why a gorgeous stunning man or woman would be interested in them? “Why would someone like that be interested in me, there must be something wrong she must be a bit crazy.”

Both men and women can be guilty of making determinations too quickly. It’s for this reason that many men and women feel more comfortable dating people who are obviously less than perfect. It makes us feel like we are as equals, neither person is better than the other.

Don’t be too quick to become a skeptic when you meet an awesome person who is interested in a romantic connection. If you can find a sensible balance between attraction, chemistry and self-worth, you’ll go a very long way in landing the person you truly deserve.

For me, she has to have a combination of body, mind, soul, and spirit. As for the body, weight is irrelevant.  It’s more of a recognition or “knowing” from her physical appearance, most notably, the eyes.

Women in this genre probably have it the roughest as there many more awakened woman than there are men, so they may end up settling on a guy who who is lacking in one (or more) of the body, mind, soul, spirit areas. Within the awakened males in this genre, there tends to be a higher percentage of gay men as they’ve already learned how to integrate the Divine Feminine, thus lowering the percentage of available straight men for the available straight woman.

The most important thing you can do is to be REAL when you meet a new romantic interest. While we all desire to put our best foot forward, sometimes we’re afraid to truly be ourselves when initially meeting someone. Some may hide behind a facade and pretend to be something their not, such as controlling, caring, outgoing, etc..

Some people simply overthink everything and create problems that don’t exist. Some people are so overly positive that they fail to see when a problem exists. Somewhere in between, there’s a balance and it all begins with honoring each person’s path, thoughts, and truth, whether you agree with them or not. If someone is unwilling to honor the other person’s path and truths without trying to force that person to be something they’re not, then the relationship will inevitably fail.

In my own experiences, I find that it’s always best to be honest and real right from the start. On a first date, I have no issues bringing up woowoo conversation.  It’s a good way of weeding out those who are incompatible for me.

Many times, people are attracted to the physical appearance of their romantic interests, but is there anything tangible behind their looks? Can they hold a conversation? Do they seem grounded?

A common issues that tends to prevail is when one person in the relationship tries to fix something that the other person doesn’t feel is broken. While the “fixer” my have good intentions, their “cures” will fall on deaf ears, especially if that person already feels good about his/herself and felt as if there was nothing to fix to begin with. Many times, in this type of situation, it’s the fixer who is projecting their need for help, but also keep in mind that we are constantly projecting that which we need to see within ourselves. The “fixer” will not initially show this side of his/herself and will create problem/reaction/solution scenarios/opportunities in order to become the “savior”. These relationships are doomed for failure.

Sometimes, being attracted to the wrong person is simply an OPPORTUNITY to resolve past like karma with that person.

When ending a relationship, ALWAYS forgive that person as well as yourself and be grateful for the lessons you learned (and hopefully will never repeat again!). Cut all etheric cords to that person and release them in the vibration of love and light. Take the high road and don’t hold any resentments as they will only fester and lower your vibration. It was just an experience that you will learn and grow from.

Once the relationship has ended, find time to find yourself… to fall back in love with yourself.  I wouldn’t recommend jumping from one relationship to another because there are probably still unresolved issues you’re dealing with from your previous relationship that need to be healed and transmuted.

Sending you all infinite love and light!

Gregg Prescott, M.S. is the founder and editor of In5D and BodyMindSoulSpirit. You can find his In5D Radio shows on the In5D Youtube channel. He is a visionary, author, a transformational speaker, and promotes spiritual, metaphysical and esoteric conferences in the United States through In5dEvents. His love and faith for humanity motivates him to work in humanity’s best interests 12-15+ hours a day, 365 days a year. Please like and follow In5D on Facebook as well as BodyMindSoulSpirit on Facebook!

Tags: Why We Are Often Attracted To The Wrong People