Jordan continues to baffle experts as archaeologists have come across hundreds of stone tombs dating back more than 4,000 years in the Black Desert. 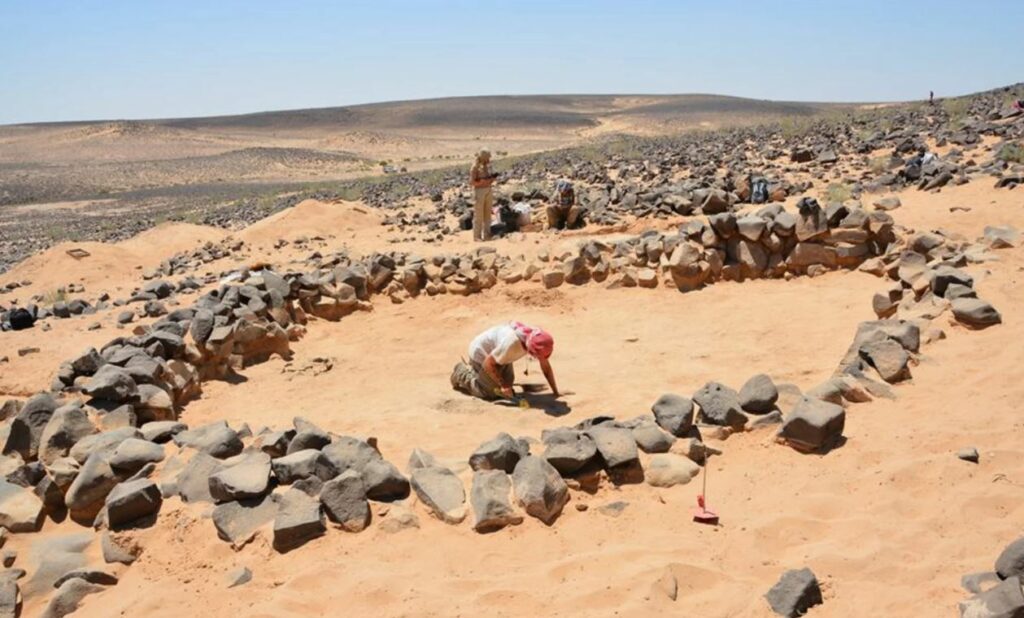 This enclosure in Jebel Qurma in Jordan was built about 8,000 years ago and was reused sometime between A.D. 100 and 400, reports Live Science.

The ancient burial sites were uncovered by a team of Dutch archaeologists in the Jebel Qurma region—an area so desolate that early explorers described it as a land of “Dead Fire.”

The discovery of the ancient tombs is important for archaeologists as they believe the finding will offer insight into the history of ancient human occupation in the area over millennia as well as how life and culture developed in the region despite the harsh environment around them.

The climate at Jebel Qurma is now nearly inhospitable and only a few people live there—in extreme conditions. The area where the discovery was made is one of the least explored in the region, partly due to the inhospitable habitat.

“Except for a short period in the spring, the whole of this country looks like a dead fire — nothing but cold ashes,” wrote Group Capt. Lionel Rees, an officer in the British Royal Air Force, in an article he published in 1929 in the journal Antiquity. 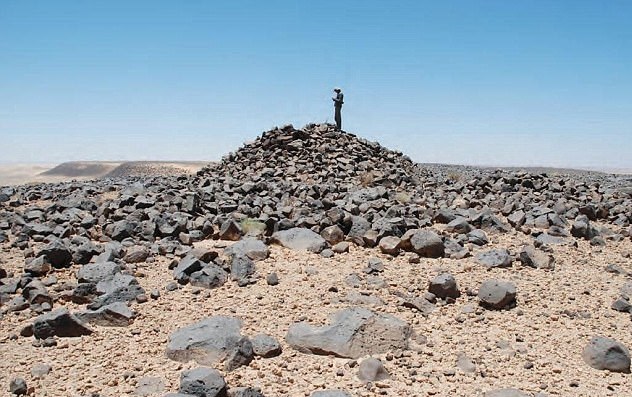 Peter Akkermans and Merel Brüning, both of Leiden University in the Netherlands, wrote in an article published recently in the journal Near Eastern Archaeology that many of the tombs at Jebel Qurma are covered by mounds of stone usually referred to as cairns while other tombs are more complex and elaborate and are referred to as “Tower Tombs.”

Experts note that the newly-found tombs are located a distance away from ancient settlements where people lived.

“While the foci of daily living and domestic activity were in secluded areas at the foot of the basaltic uplands or in the deep valleys through which wadis run, it appears that the preferential areas for the disposal of the dead were on the surrounding high plateaus and the summits of the basalt hills,” wrote Akkermans, who leads the Jebel Qurma Archaeological Landscape Project, and Brüning.

And while looters have broken into many of the tombs, experts were still able to uncover valuable details about the tombs, ancient culture and the history of the region.

Experts found that the area was literally uninhabited for a period of nearly 2000 years.

Evidence supporting this claim was found in the cemetery which contains 50 cairs that were not used for around four millennia. However, according to Live Science, recent research shows that people were living in the area again around the first century AD. 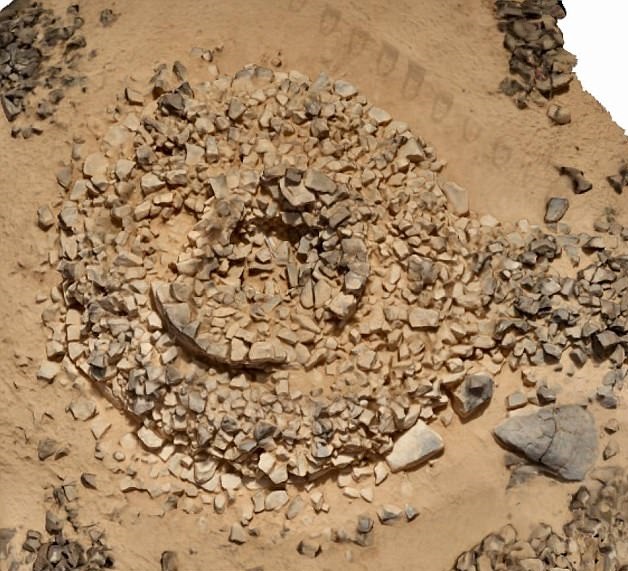 The “abandonment of the cemetery — and, by association, the places for the corresponding living community — seems to have coincided with the wholesale withdrawal from the Jebel Qurma region,” Akkermans and Brüning wrote in the journal article. Recent research reveals that the region was re-inhabited in the early first millennium B.C. by people who did not use pottery, Akkermans said.

It still remains a profound enigma as to why ancient people left and then returned to Jebel Qurma about a thousand years later. Scientists argue that climate change may be one reason.

“Evidently, climate change or the like came to my mind as well, but at the moment, we simply do not have the data to support or deny this claim. Research into local environmental and climatic conditions is certainly one of my aims for further research in the desert of Jebel Qurma,” Akkermans said in an interview with Live Science.

From the first millennium BC, the builders started erecting more sophisticated and complex monuments called “Tower Tombs” suggests the report.

Some of the stones used in the construction of the tower tombs had a weight of up to 300 kilograms. The ancient builders managed to erect the tower tombs up to five meters in height with a diameter of 1.5 meters.

Tower Tombs are different from the other cairs by their tower-shaped structure and straight façade, mainly composed of flattened basalt slabs from the region.

Experts believed that the tower tombs were erected for people belonging to a higher class in society, but have since discovered a sheer amount of the towers suggesting this was not the case after all.

You can read the full details about the discovery in the Journal Near Eastern Archaeology.