An extraordinary discovery has been made by scientists in the Trappist-1 solar system. Astronomers say that two of the planets orbiting the TRAPPIST-1 star may have ideal conditions for life as we know it to flourish on their surface.

Astronomers have identified that two exoplanets in the TRAPPIST-1 system are more likely to be habitable, according to the eccentricity of their orbits and the consequent tidal heating.

The TRAPPIST-1 system has been of great interest to planetary observers and scientists because it seems to contain seven planets that are approximately the size of Earth.

Amy Barr, a researcher from the Planetary Science Institute, and co-authors Vera Dobos and Laszlo L. Kiss have examined the implications of internal structures and tidal warming on these planets, in a study published in Astronomy & Astrophysics.

“The planets also orbit very close to the star, with orbital periods of a few days, since most of their orbits are eccentric, not entirely circular, these planets could experience tidal heating as well as the moons of Jupiter and Saturn.”

“Assuming that the planets are composed of water ice, rock and iron, we can determine how much of each element could be present, and how thick the different layers could be, because the masses and radii of the planets are not very well restricted, it shows the entire range of possible interior structures and interior compositions,” said Barr. 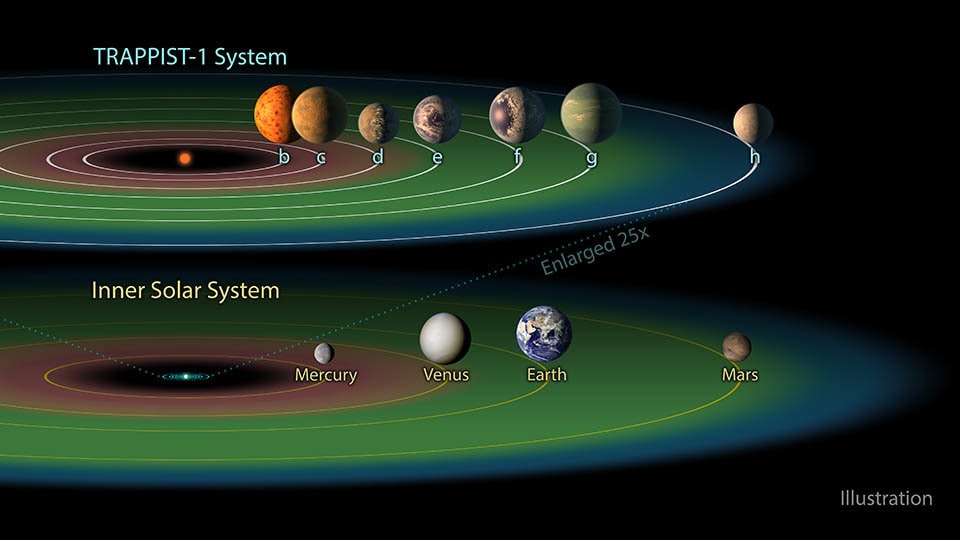 The team’s results have shown that improved estimates of the masses of each planet can help determine if each of the planets has a significant amount of water.

The planets studied are named by letter, planets b to h, in order of distance from the star.

The analyzes carried out by co-author Vera Dobos show that planets D and E are the most susceptible to being habitable due to their moderate surface temperature, moderate amounts of tidal heating and because their heat fluxes are low enough to avoid entering a state of greenhouse runaway. 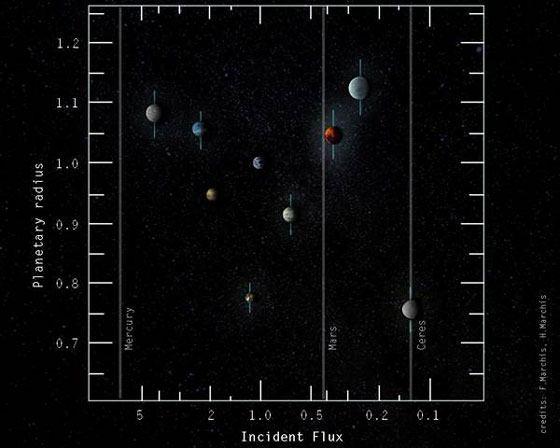 An ocean of global water probably covers the TRAPPIST D.

The team calculated the balance between tidal warming and convective heat transport in the mantles of each planet.

The results show that planets b and c probably have partially melted rock layers.

The document also shows that planet C probably has a solid rock surface, and could have eruptions of silicate magmas on its surface driven by tidal warming, similar to Jupiter’s moon Io.

ewao
share
Previous post Flat-Earthers Explain Why We Don’t Fall Off The Edge Of Earth Next post Thanks to the author of ‘The Da Vinci Code’, 3,500 occult manuscripts will be digitized